This one-woman show is a politically charged and seductive performance, wrapped up in the innocence of a fairytale.
Joshinder Chaggar 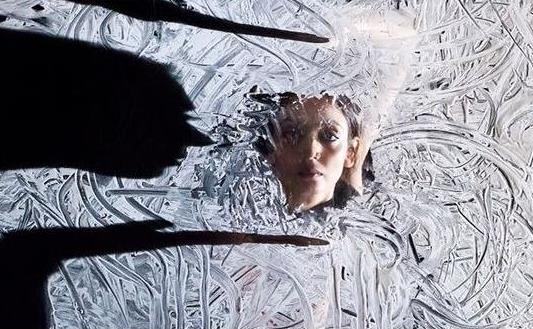 Not Today’s Yesterday is a collaboration between Australian choreographer Lina Limosani and UK Bharatanatyam artist Seeta Patel. This performance brings together a range of styles – Bharatanatyam (classical Indian), physical theatre, contemporary dance and story-telling. Patel takes the audience on a journey to a time before colonisation; painting a mythological picture represented by a provocative long black braid. The story then moves on to the invasion by the white man and the loss of Indigenous culture.

The opening piece sums up the entire performance. It speaks of beauty, culture, invasion, and a constant fight. The movements start off with an eastern aesthetic but quickly morphs into a new movement language, blurring the lines of the Indian classical mudras (hand gestures) and contemporary dance.

The collaborative intention seems evident in the work, where there is an imminent departure from traditional Bharatanatyam. What remains of this form is the beautiful and innovative use of the hand gestures merged with a contemporary use of the body. The result is an exciting yet foreign dance language. It looks familiar and yet new at the same time. Perhaps this is also a comment on globalisation – a loss of identity but also of merger.

The work had a good balance of story telling and dance. The use of voice-over was an effective creative choice in taking the audience along the journey. The language is soft and nuanced, seemingly commenting on how words are used when one is being brainwashed (white-washed). The music and soundtrack are very striking and resonated with the emotional graph of the work.

Patel has a striking presence on stage. The crisp movement of her hands and arms is a treat to watch. Her movements flow constantly between Bharatanatyam inspired dance work and more abstract physical theatre. She convincingly depicts moments of light with her expansive expressiveness, and relentlessly delves into the darker moments of the story. It poses a strong statement of how colonisation erodes not only the physical but also depletes us mentally, and steals away identity.

Though the issue of colonialism is still relevant today, the work itself feels a little dated. It tells a simplistic and linear story of evil coming to conquer a pure land. The work sparks a reminder about history and what happened but fails to address current times.

Joshinder is a creative and performing artist, delving mainly in dance theatre. She is a dancer, choreographer, actor, writer and teacher. Her work centres around themes of freedom and emotional migration. In 2019 she completed a Honours degree in creative arts research. She has also taught 'movement for actors' at the National Academy of Performing Arts in Pakistan. Her dance background is an amalgamation of influences from Indian classical, folk, modern contemporary and physical theatre.