Chemistry can make or break a play – here, thankfully, they nailed it.
Glen Falkenstein
[This is archived content and may not display in the originally intended format.] 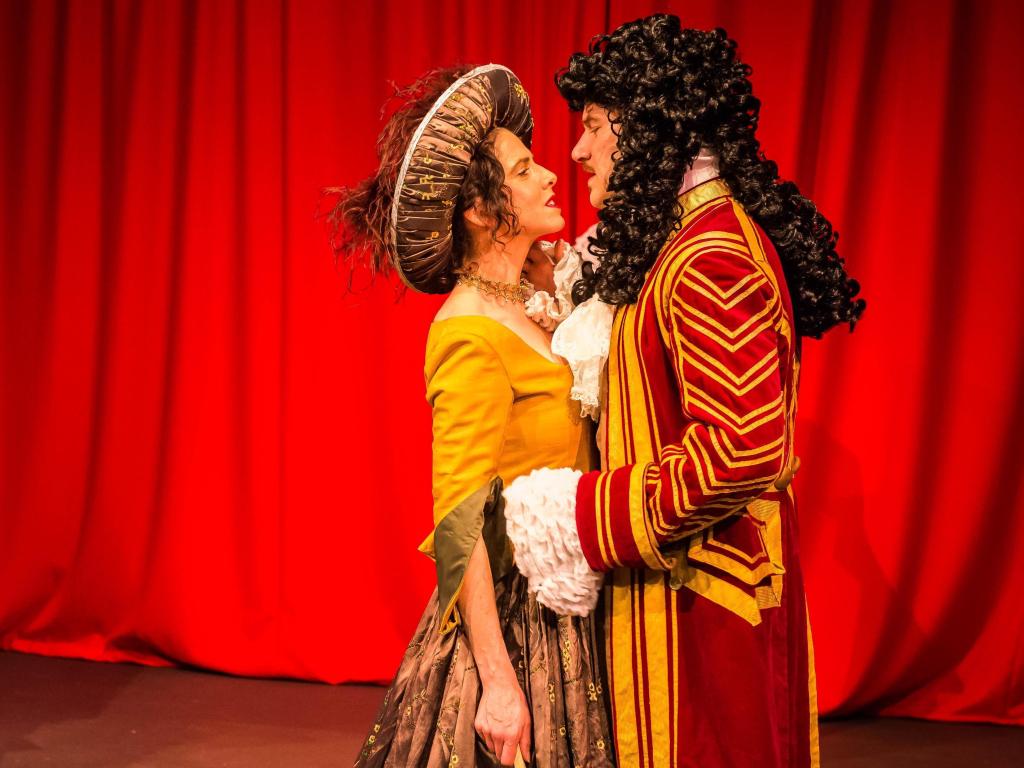 Chemistry can make or break a play – here, thankfully, they nailed it.

The New Theatre’s latest production, Nell Gwynn, is an exemplar of rags to riches stories, here chronicling the rise of ‘low-born’ Nell (Bishanyia Vincent). Commencing with barrier-shattering jaunts in the local theatre, Nell famously becomes a mistress of King Charles II, a wig-adorned Lloyd Allison-Young, amid a tumultuous time for England, Nell’s family and her fellow performers.

Well-parodying the cold-open soliloquies that have long been a staple of the English stage, one of this production’s best innovations is the early and vocal placement in the audience of some cast members. Settling us ably into the world of Nell Gwynn, the effect is regretfully absent in the play’s later episodes, which for all that recommends it is notably overlong.

Clocking in at nearly three hours, you nevertheless would barely know it in the scenes shared between Vincent and Allison-Young, for they are a delight. No sequence in the play matches the quality of their back and forth banter, save a recurring and refreshingly traditional musical interlude where all the cast joins in for something you will be humming long after you’ve left the theatre.

Watching the pair interact, whether it be at the theatre or later in more lavish surroundings, underlines above all else the marked yet adversely subtle disdain this story bears for the glut of pomp and ceremony so many of the characters are deployed to highlight. Particularly memorable moments include the King’s first suggestion that Nell be his mistress, or a later, scandalous pantomime by Nell.

The very deep stage, seldom deployed to full effect and usually so in the sparing musical sequences, is rarely necessary and has the ill-desired effect of often placing the audience at a noticeable remove from the players. Less evident in the ensemble and rehearsal sequences, several of Nell’s fellow theatre troupers exhibit varied, uneven comedic stylings in their group scenes. Some exaggerated, some drier and some very overstated, it is Nell’s encounters with the King which above all carry this production.