Despite its flaws, Mother’s Ruin is a hell of an enjoyable performance with a clearly talented ensemble.
Ann Foo 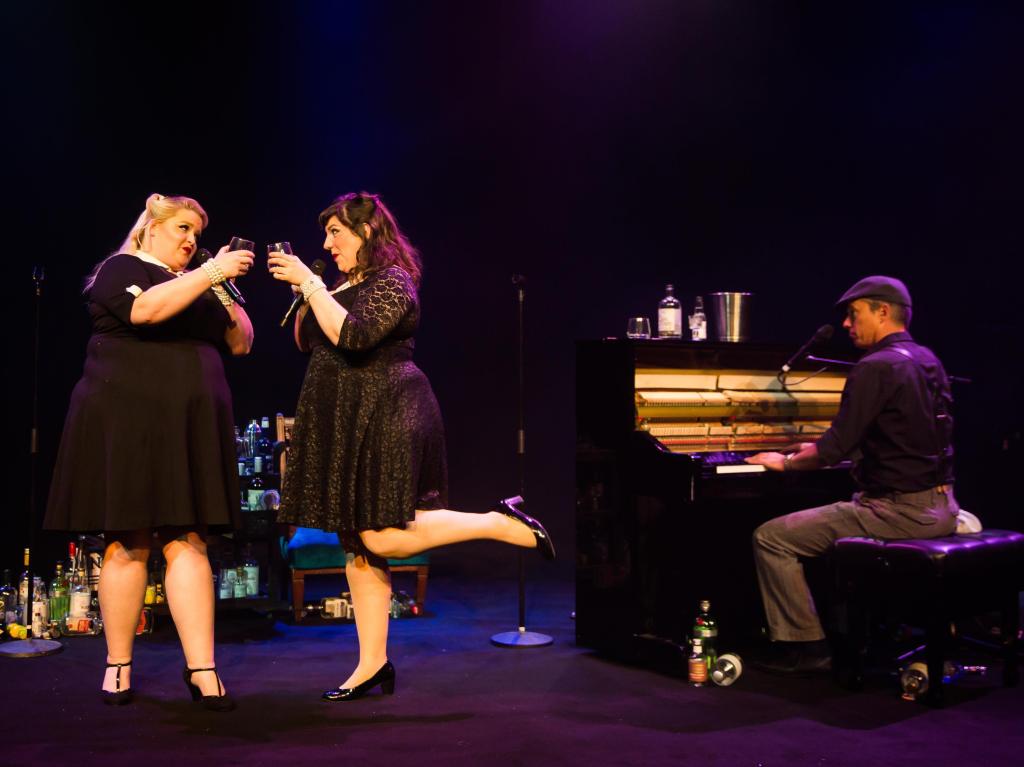 Libby Wood and Maeve Marsden in Mother’s Ruin: A Cabaret About Gin Photo by Anna Kucera.

From humble beginnings at the Adelaide Fringe Festival to the lofty sails of the Sydney Opera House three years later, Mother’s Ruin: A Cabaret About Gin is the little cabaret that could, performing to sold out venues both domestically and internationally. Defying the odds in every sense, this show featuring two female leads in a niche genre about an infamous liquor has gone from strength to strength, a journey that seems to parallel the journey of it’s own titular character: gin.

The fascinating history of gin is brought to life in a series of lyrically amended covers. The drink of choice for the poor, in the 1700s gin was scapegoated by government sanctioned propaganda as the cause for British societal decay and female disfunction, whilst in the East it was curing malaria (for white people). It is not by accident that such infamy was reserved for a drink so closely tied with feminine and foreign identity, as the evils of gin were sharply contrasted with the happy, healthy, and more importantly, male and British identity of beer.

Fronts-women Maeve Marsden and Libby Wood are a charismatic duo. Marsden’s melodramatic comedy stylings are complimented by Wood’s deadpan, together forming a harmony of hilarity. Jeremy Brennan garnishes the piano as a perfect support: not dominating, but providing a constant steady rhythm to the two leads. Musically, they are tight as a bootleggers’ bustier, mixing up modern numbers such as Sia’s ‘Chandelier’ with old classics like Billy Joel’s ‘Piano Man’, a rendition in which Brennan roused the house to an irresistible group singalong. Peggy Lee’s ‘Fever’ is reinvented as an ingenious journey through malaria infested waters, while the Pretenders ‘Hymn for Her’ is the appropriate and moving closing number.

Somewhere in the second half, Mother’s Ruin misses a beat. There is an emotional shift to a very dark side of alcoholism and addiction which is in stark contrast to the swashbuckling tone of the exposition. Both getting to and coming from this beat is a little disorienting, the transition lacks finesse somehow. The dark side of anything is always an interesting place to go and deserving of exploration, but one can’t help feeling that it was glossed over in this production, thus rendering it a little more superficial than it could have been. One suspects the time restriction gets in the way of a more thorough exploration.

Despite its flaws, Mother’s Ruin is a hell of an enjoyable performance with a clearly talented ensemble. The synergy between all three performers is a pleasure to watch, but the most exciting thing about this show is really the promise of potential in their next venture which will hopefully be bigger, bolder and not bound by the restrictions of indie cabaret.

Mother’s Ruin: A Cabaret About Gin