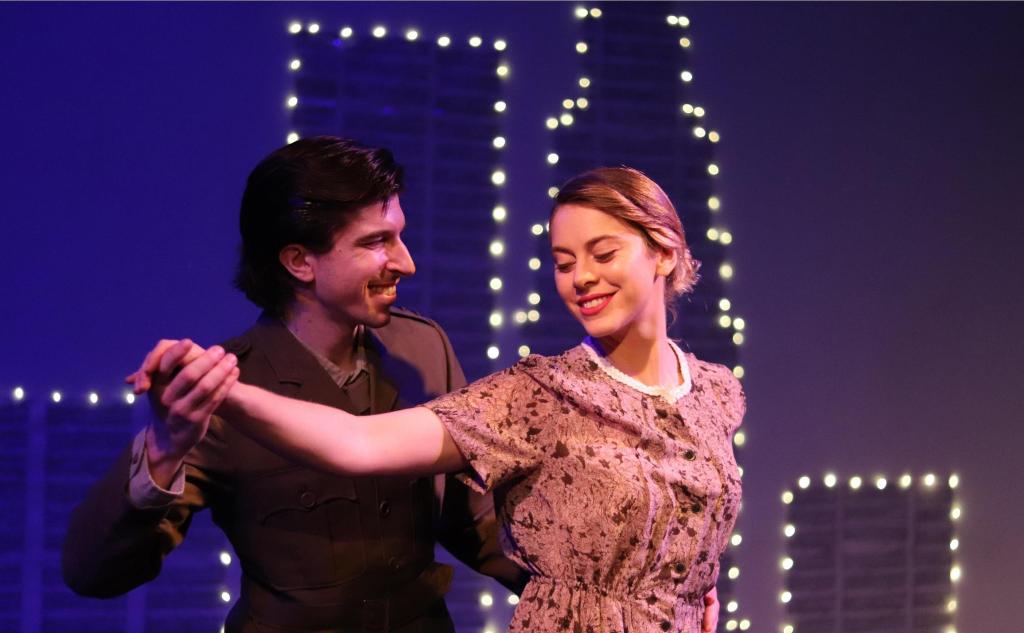 Is it better to live for today, or to dream of a better tomorrow? This is the philosophical question posed by Life is Impossible at the Old 505 Theatre, an artist-run performance space in Newtown.

Life is Impossible is being run as part of the theatre’s Freshworks program, which champions experimental new works and is now in its 7th year. The play pits the romanticised world of New York musical theatre against the harsh realities of World War II – fantasy against fact. It takes its premise from the life and writings of Simone Weil, a radical French philosopher and staunch socialist. Simone escaped occupied France with her parents in 1942, living briefly in New York before returning to Europe and dying in London at the end of the war, aged just 34.

Although the play ‘hangs on a few hooks of truth’ in that it is set in 1942 New York, and the protagonist is a French exile called Simone, the plot is a work of fiction. Simone (Chloe Schwank) shares a flat with Elaine (Elle Harris), a flighty young Australian. Elaine works at the UN, not because of any political leanings, but because she can type 180 words a minute, has a boss who has taken more than a healthy shine to her, and she has a desire to get out and see the world. Simone lobbies the British Consul (Cormac Costello) to give her permission to travel to England from where she hopes to join the French resistance, while Elaine spends her time going to musical theatre and dreaming of romance with American soldier Tom (Matt Abotomey).

The play opens with Elaine singing the classic musical anthem to hope, Somewhere Over the Rainbow, while a broody Simone stacks books on socialist and political theory. ‘It’s a mistake to think you are special,’ Simone tells Elaine. ‘We can shove as much imagination as we want in to tomorrow, it won’t actually change anything’.

Schwank plays Simone with a broody static stoicism which contrasts with Harris, who flits aimlessly like a butterfly around the stage. Abotomey gives a solid and nuanced performance as Tom, and Michael, the British Consul, is commendably played by Costello with charm and wit despite the character itself being a little contrived. The set, with a backdrop of a New York skyline made out of musical scores, is simple yet effective.

The script, by Paul Gilchrist, has much to recommend it. There are some pithy one-liners and meaningful monologues with astute observations based on Weil’s philosophical writings. The use of musical numbers to top each scene is not altogether successful, however, as the actors seem uncomfortable singing. The play also focusses a little too much on dialogue rather than action towards the end, as the arguments for and against Weil’s philosophical standpoint are made.

The real Simone ultimately made it back to Europe, and died from a combination of self-starvation and complications from TB, which led to heart failure. She was buried in what was originally an unmarked grave. Locals apparently thought the grave was a pauper’s, something that Weil herself would presumably have wanted.

At the end of the play, Tom questions the fictional Simone’s determination to suffer herself as much as those on the front line. War, he says, is ultimately won by dreamers who believe they can make things better by extending freedom. Simone’s sacrifice, he contends, ultimately only led to her own downfall.