Joseph Sherman’s play is a brave, outstanding work that confronts the experience of Alzheimer’s.
Arjun Rajkhowa 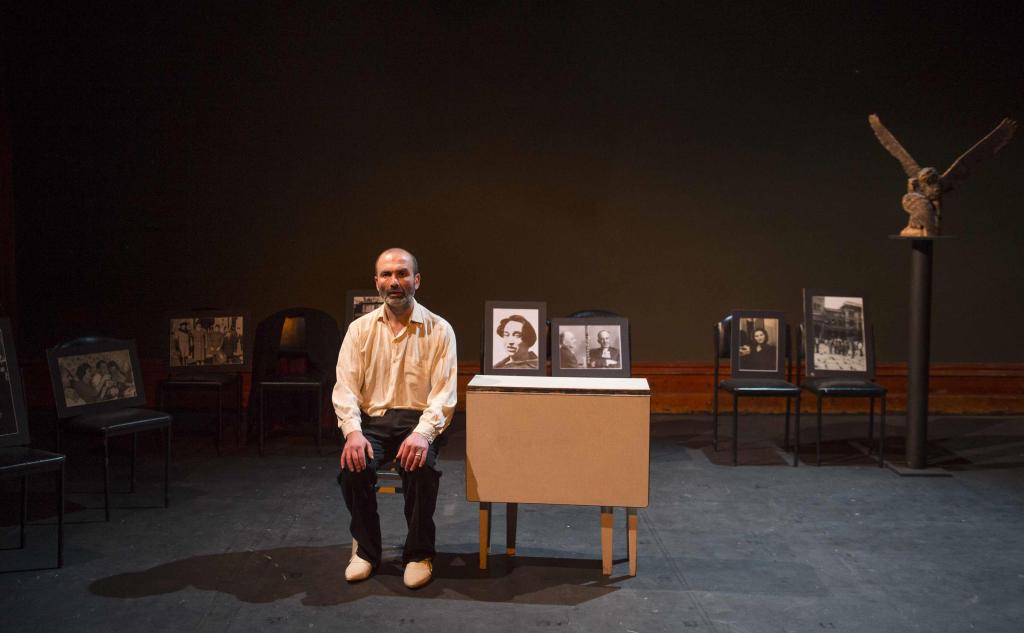 Last Words is a play by Joseph Sherman that explores his family history (his is a Jewish family from Odessa, Ukraine, that settled in St Kilda in Melbourne in the 1970s) and his parents’ experience of Alzheimer’s disease. Sherman is a doctor and a playwright, and his play offers an interesting mixture of oral history, performance art and conversations about cognitive health. This is a unique and unusual project in that it blurs the boundaries between conversation and performance, and the transitions between the two are handled quite adeptly. It also blurs the boundaries between languages – English, Russian and Yiddish – and this is the most remarkable aspect of the work. The seamless oscillation between languages (and the distinct facial expressions, postures, gestures and movements each impels) strikes a resonant chord with polyglots of migrant backgrounds, as it beautifully encapsulates the fluidity (and drama) of everyday conversations in diaspora households. Sherman enacts this adroitly.

Sherman tells the story of his Jewish parents’ pre-war life in Ukraine, then part of the Soviet Union, and how they survived the Romanian and German occupation of Odessa (during which large numbers of Jews were massacred or forced to flee). He tells the story of their arrival in Australia and the conflicts that punctuated their family life here. Last Words is Sherman’s attempt to recuperate his parents’ memories in the aftermath of their disease.

Sherman is a fascinating and forceful character whose ruminations on any subject would, one suspects, make for gripping performance material. He really shines in the second half of the play, where he performs his father’s experience of Alzheimer’s disease movingly, fearlessly and with utter panache. We see an ageing and disoriented man slip into a semi-conscious and sometimes delirious state, aggressively remonstrating with his son, who tries to talk to him, wash him, change his clothes, feed him and look after him. The son’s solicitude and careful ministrations are met with confusion and loud remonstrations. But the bouts of confusion and anger are interspersed with moments of calm and gratitude. There are flights of fancy where the old man returns to his youth in Odessa – the beauty, romance and danger of earlier times. Sherman performs this capricious state of regression so well and so naturally, it is sometimes quite startling.

The play’s multimodality is also perhaps its one weakness, and the shifting pace at which the work progresses may be difficult for some audience members. Nevertheless, this is a brave and outstanding work that not only pays homage to family and tradition but also boldly provokes everyone to confront the disorienting experience of dementia and Alzheimer’s, which afflict so many families. This is also a work that highlights the diversity of the Jewish diaspora in Australia. Sherman is an engaging performer, and both the director, John Bolton, and the music composer and performer, Chris Bolton, have helped bring Sherman’s story to life beautifully.