In a first, Head On Photo Festival went online this year, delivering over 100 virtual exhibitions. So what might that look like as a virtual festival?
Cherine Fahd 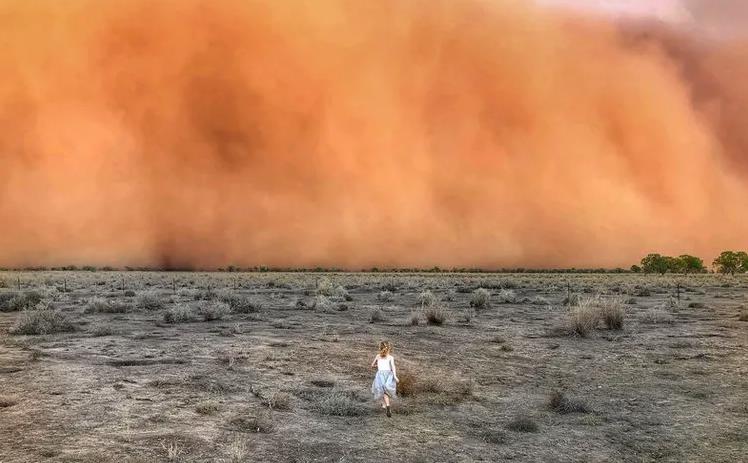 Rather than cancel, organisers of the annual Head On Photo Festival announced they would deliver the 2020 program online.

The festival, established in 2008, showcases documentary photography, a style commonly associated with photojournalism and other forms of reportage. By definition, documentary images “appear unstaged”, portraying everyday scenes, world events, people and places, captured this year at a time of intense change and unprecedented events.

Like many international photo festivals, there are conventional images galore. But thankfully, there are also a few surprises.

One such surprise is Anna Bedynska’s Clothes for Death, a series of affectionate portraits of individuals next to the clothes they have chosen for their burial outfits.

Adopting an experimental mode of social documentary, Bedynska pushes the medium beyond traditional modes of social commentary from the outsider looking in. Instead, the project shows photography can start difficult conversations about taboo subjects in tender and ethical ways.

The portraits also note our human connection to clothing and how dressing, even in death, is an important part of self-expression.

Conversely, The Art of Aging by Canadian photographer Arianne Clément is a series of black and white photographs of naked women over the age of 70. Yet another taboo subject – women of a certain age, or even over 30, rarely feature naked or otherwise in visual culture.

Consequently, The Art of Aging is a work of visual activism showing older women and their bodies to be just as sexually charged as their younger counterparts. Like the portrait of a woman laying on her bed with the air of a teenager, the look in her eye suggests she knows something we don’t.

There are also wonderful images of coupled intimacy, showing people over 70 in the context of their sexuality and desire for each other.

Jimmy Pozarik was photographer-in-residence at Sydney Children’s Hospital when he photographed 25 patients who were receiving treatment for this Then and Now series.

Anyone who has spent time in hospital with a child will recognise the distress and trauma of the scenes, as well as the incredible fight for life that some children and their parents experience.

Pozarik pairs the images taken during the residency with photographs from today. The images show the wonder of photography to document the way our bodies and appearances are transformed in time.

As I approach my sixth decade, I’m reflecting on past lives and the unknown of the future, dipping into the dressing up box to create new and potentially different roles … The X of Unknowing … can be a kiss from me to you, a reference to non-binary, non-gendered specific pronouns, or referring to an undetermined space, both literally and metaphorically.

Imaginatively, erotically and ironically, Smith plays “a man approaching 60” in various guises that constitute a lifetime of playful self-knowledge.

The festival prides itself on supporting professional photographers as well as amateurs. Work submitted to the festival is judged without the photographers’ names or biographies. The images and proposals are considered on merit rather than reputation.

Festival award winners were announced on Friday night from thousands of submissions from 61 different countries and across three categories: portrait, landscape and student. Fiona Wolf won the portrait category for The Gift, RHW 2020, which showed the “modern family story of a girl born by a warrior woman to two loving dads”. Marcia Macmillan won the landscape category for Whimsical Warrior, a picture of her daughter running towards a dust storm. Student winner Joel Parkinson’s Within Without was a self-portrait reflecting on his transition from childhood to adulthood and “the last vestiges” of innocence.

Visual Storytelling in Portrait Photography with Oded Wagenstein (tonight at 6pm) is one of several workshops to look out for.

Timely panel discussions include Photography, Trauma & Healing on Thursday 7 May at 12pm and another on Alternative Facts; Falsifying the image in the era of deep fakes on Sunday 17 May also at 12pm.

Cherine Fahd is an artist and academic working in the field of photography. Fahd holds a doctorate (PhD) from Monash University, Melbourne and is the Director of Photography at the University of Technology Sydney.