Review: Giving up the Ghost, Limelight on Oxford

Grief takes a lot of forms – rarely is it so animated.
Glen Falkenstein
[This is archived content and may not display in the originally intended format.] 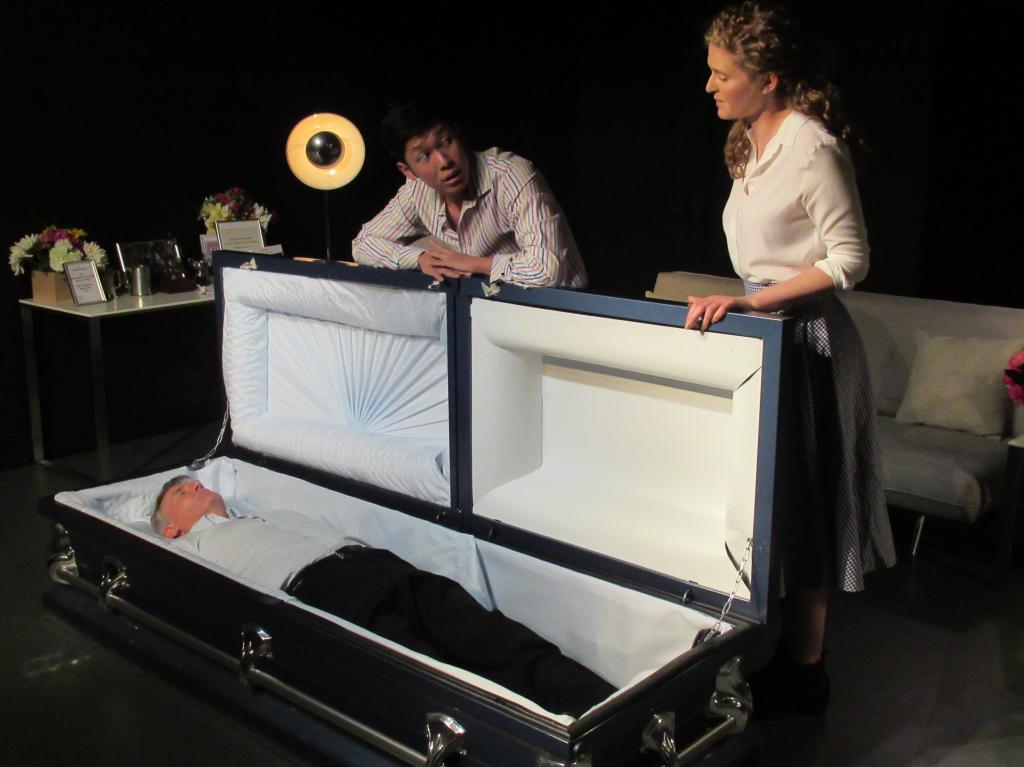 Rivka Hartman’s Giving up the Ghost, the first play staged at the new Limelight on Oxford, is tragically all too familiar.

Emerging from a coffin placed neatly in the middle of what would otherwise be a fairly unremarkable room, Ben (Chris Orchard) and his wife of forty years Lana (Elaine Hudson) begin a repartee reflecting and extolling on the highs, and lows of their 40-year marriage.

Their daughter Gemma (Madeleine Withington), facing more than one turning point in her life, soon enters proceedings with her multi-millionaire and to all concerned insufferable partner, played by Andrew Wang. 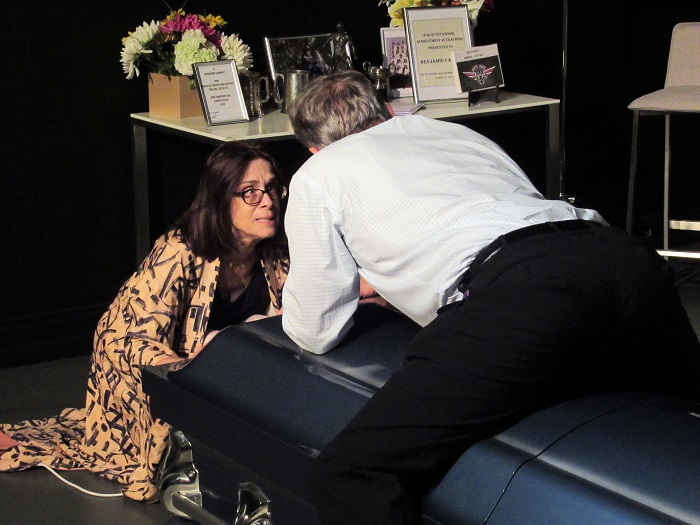 Elaine Hudson and Chris Orchard in Giving up the Ghost. Photo by Owen Munn.

Settling on an uncommon and welcome dynamic between the players, it is fairly up to interpretation whether the spectre of one central character promotes something otherworldly, a treatise on health issues affecting many Australians and certainly a number in their later years, or a combination thereof.

Funny, moving and tackling controversial subjects, much of Giving up the Ghost’s appeal boils down to the chemistry of its main two leads. Both replete with witty, fast-moving dialogue, many of Orchard’s additions however are never granted a beat before one or more characters move on to the next exchange.

With Withington numerously matching the calibre of her counterparts, Wang’s playboy partner, while having some of the funniest, laugh out loud lines in the play, is too often an exaggerated and caricaturish figure compared to the other, much more grounded characters. Gelling none to well with the predominant tone, his arc concludes in a roundly predictable fashion, with some of the figure’s best moments counterintuitively occurring when he is out of the room and his exploits are relayed for all to hear. 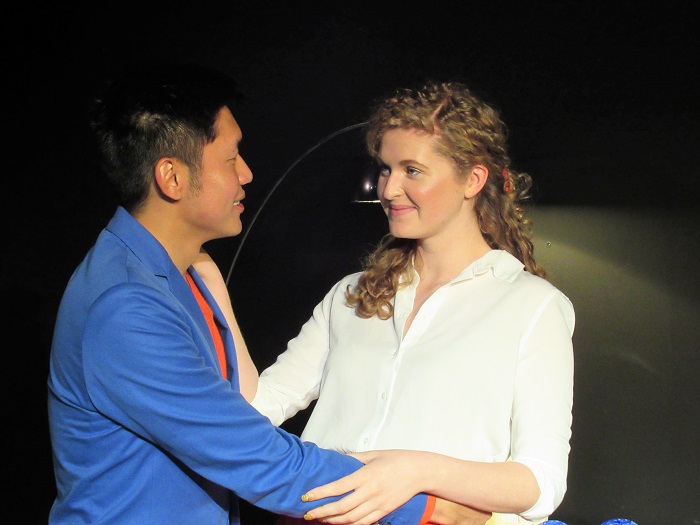 Andrew Wang and Madeleine Withington in Giving up the Ghost. Photo by Owen Munn.

While the deep stage is used to great effect as characters flit in and out, the absence of dressing or much else applied to the set’s borders contrasts and indeed clashes strongly with the props that otherwise connote the lived space.

When the play does broach it’s most controversial topic, it avoids the temptation, as other Australian fare has done as of late, to take blatant strides in one direction or another. It opts instead to examine the impact a very significant issue can have on a family in an oft light-hearted and not insensitive way that together with so many of Giving Up The Ghost’s familial innovations strongly recommends Hartman’s latest work.