A marvellous production of an epic, exhilarating and deeply moving play.
Richard Watts 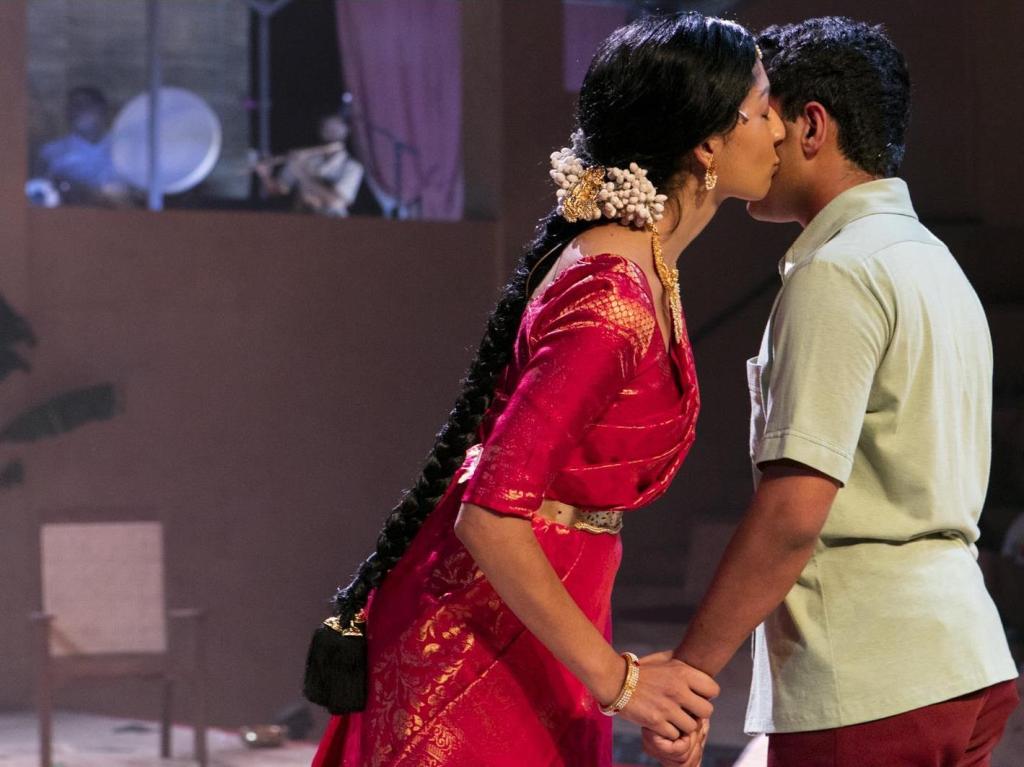 Taking us from Ceylon (now Sri Lanka) in 1956 to Sydney in 2004, Counting and Cracking is an epic theatrical production on every level – dramatically, technically and socio-politically.

It’s a family saga spanning four generations; a migrant story linking old and new Australians; an exhilarating and deeply moving drama that both shatters and uplifts, and a production which brings fresh perspectives and much-needed new voices to the mainstage.

Written by Sri Lankan-Australian playwright S. Shakthidharan (‘Shakthi’), who has worked with migrant communities across Sydney for more than a decade, the play begins with the widowed Radha (Kalieaswari Srinivasan) and her son Siddhartha (Shiv Palekar) pouring Radha’s mother’s ashes into the waters of Sydney’s Georges River.

Siddhartha (Sid to his friends) is clearly unfamiliar with the ritual his mother insists on, having been born and raised in Australia after Radha fled Sri Lanka in 1983 following her husband’s murder in a violent uprising.

The ceremony complete, Radha returns to her Pendle Hill apartment to contemplate her future – perhaps a date with roguish air conditioner salesman, Ismet (Arky Michael)? – only to receive a phone call which throws her life, and that of her son and his girlfriend, Yolngu university student Lily (Rarriwuy Hick) into chaos.

Featuring 16 actors from five countries speaking multiple languages, which are translated live by other cast members perched on the sides of the stage, the fact that the play doesn’t also spiral into chaos is testament to the skill of Shakthidharan and director Eamon Flack, who keep things tightly on track.

It’s not a perfect work – the second act in particular struggles to convey significant amounts of historical and political Sri Lankan backstory while also juggling multiple plot threads, resulting in the play occasionally breaking the ‘show don’t tell’ rule; conversely, the same act also packs a powerful punch in its final minutes – but it has enormous heart, and for the most part deals with its complicated storyline effectively and powerfully. A vibrant live score and moments of pure theatrical joy (such as a memorable scene set at Coogee Beach, and the playful looks shared between actors when the live translations go deliberately wrong) as well as scenes involving tragedy and heartbreak help drive the production towards its deeply moving climax.

Dale Ferguson’s set is of an appropriate scale for the unfolding drama, with audiences sitting on three sides of a thrust stage, and his costumes are vibrant. The playwright’s mother, Anandavalli, has advised on cultural and costume details, ensuring accuracy. Damien Cooper’s lighting is exquisite and Flack’s direction is light yet tight and incisive.

Characters are richly drawn and performances are strong, though one or two of the older actors tend towards a slightly declamatory style. Vaishnavi Suryaprakash is outstanding as the fiery and passionate young Radha, while Shiv Palekar charms.

Despite running for over three hours, with two intervals, Counting and Cracking never drags. Just as its innate theatricality allows two characters from different time periods to appear on stage together, so too does the play magically make the hours pass by effortlessly and swiftly. It’s a triumph.