A rare outing of a problematic yet effervescent American operetta.
David Barmby 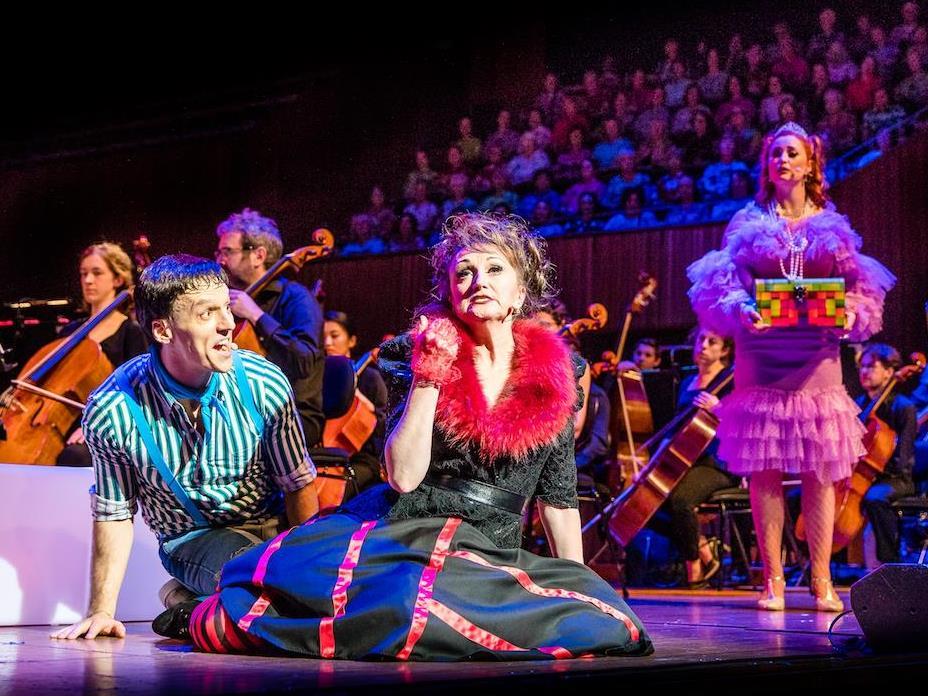 The celebration of Leonard Bernstein’s centenary this year continued on Saturday night with a rare performance of his problematic operetta Candide, a work that had a far from trouble-free genesis. Based on the 1759 satire by Voltaire, which wittily poured scorn on the rationalist pieties of the Enlightenment, this 20th century update perhaps had too many cooks stirring the pot. Apart from six writers contributing lyrics and at least four hands working on the orchestration, it went through several versions: first written in 1956, it had a new libretto by 1973 and received a further revision in 1989. Although intended as an opera, it finally achieved a version styled as operetta though genre categorisations are always difficult with Bernstein. West Side Story of 1957 was intended as a Broadway musical yet was recorded by the composer using some of the world’s most famous operatic singers while Opera Australia has included it in its 2019 Season.

Nevertheless, there was much to admire in this ambitious semi-staged performance in the Sydney Opera House Concert Hall, with massed choirs, orchestra and no fewer than eleven soloists on stage. Candide is a long work, weighing in at two hours and twenty minutes over two sprawling acts. Its lyrical and snappy Overture contains some of the best music of the entire work, but the initial pace and wit were not always sustained.

The Sydney Youth Orchestra, with some senior musician guests, gave a fair to good performance under Brett Weymark’s typically clear and expressive direction, though needed further drive and precision. It seemed hazy and sluggish when tackling the quicksilver changes of mood and sharp syncopated profile of Bernstein’s athletic musical language and style. Although there was not a great deal for it to contribute, the Sydney Philharmonia Choirs vast combined Symphony Chorus and Festival Chorus was in fine form performing from memory, contributing some effective ‘choralography’ and, along the way, miraculously performing a clever coup-de-théâtre costume change from concert black into loud beach attire, along with swiftly donned sunglasses. Mitchell Butel’s direction was successful and effective on simple props and with some splendidly vibrantly colourful, eccentric costumes.

Fitted with head microphones, all soloists were fine actors, well cast. The star of the show was the experienced Caroline O’Connor as The Old Lady who was a magnet for our attention throughout, though sometimes in this role she had vocal challenges across her range. Alexander Lewis also struggled with his range in softer and higher material, yet gave a strong performance in the title role. Phillip Scott delivered a polished Dr Pangloss, doubling as an articulate, skilful narrator. Kanen Breen gave an amusing account of the obnoxiously camp, pink-satin-clad Maximilian, and Katherine Allen was an attractive and freshly engaging Paquette. Adam Player was in particularly fine voice as the Doctor, Captain and Vanderdendur, while Nicholas Jones made a solid contribution to the roles of Baron, Bear-Keeper, Governor and Crook. The youthful Annie Aitken gave her all to the important role of Cunégonde, her debut in this role, managing her difficult coloratura work with finesse though occasionally shrill voiced, but providing a vibrantly effervescent account of the famous Glitter and be Gay.