A captivating story about a little-known piece of Australian history.
Lynne Lancaster 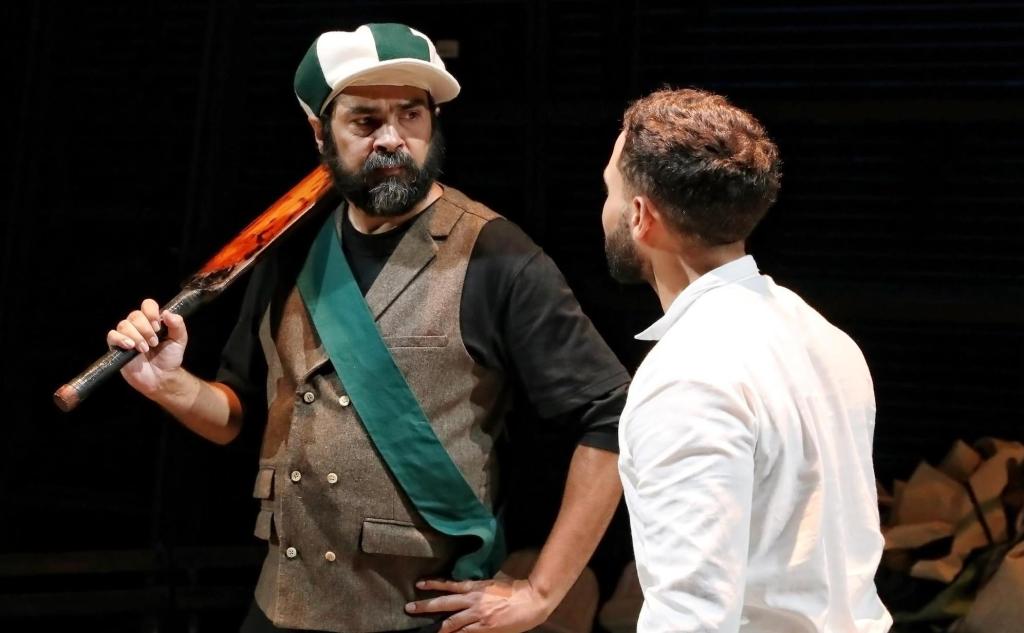 This is a vibrant, fascinating and challenging production about a part of Australian history that was little-known until now.

One of the major shows of this year’s Sydney Festival, it is directed by Wesley Enoch who also directs the festival itself. Written by Geoffrey Atherden, the Sydney season is the world premiere.

Black Cockatoo is not just a story about cricket, rather it is about aspirations, anger, intransigence, preserving history, storytelling, courage and culture clashes.

In 1868, 13 brave Aboriginal men in Western Victoria gathered their cricket bats and embarked on a dangerous voyage to England. They risked ill-treatment and illness, yet Australia’s first international cricket team – including Australia’s first Indigenous sporting hero, Johnny Mullagh (Unaarramin in his own language), a Jardwadjali man from western Victoria born around 1841 – thrilled the English crowds with their expertise, charisma and fortitude.

We learn how the team endure an onerous 47-match tour, as well as their forced participation in mock battles and displays of spear and boomerang throwing for the English crowds, all the while dressed in fake ‘native costumes’, and how the slimy, scheming white captain/manager of the tour, Charles Laurence, despite promising them much, instead patronises them, lies, and makes lots of money which the team don’t see a penny of.

There is a very powerful and moving scene when one member of the team passes away while on tour.

While they should have returned to Australia as sporting legends, we learn how they returned to find the world they were familiar with vanished, and the Aboriginal Protection Act enormously restricting their freedom. This is interwoven with scenes in the present day, where a small group of young activists sneak into the Wimmera Discovery Centre to uncover the truth of what happened to Johnny and his team mates, uncovering an almost forgotten tale of triumph and tragedy.

The set design by Richard Roberts is mostly a huge scaffolding of storage space at the museum, with lots of boxes, a ladder and assorted props – a flexible set that creates various locations.

The narrator is The Curator (Luke Carroll), a warm presence who takes us from past to present and around the different settings. Carroll also plays the Constable.

There is some gentle audience participation (cheering if Australia wins a match, for example) and five main objects are distributed by The Curator through the audience and collected again to tell the narrative.

As Mullagh, Aaron McGrath is warm, noble and charismatic, full of rather reticent verve. He gives a finely nuanced performance of his conflicted character, accepting his sporting prowess yet aware of the injustices that he, his team and his community experience. While his repeated mantra is to ‘be polite, but not too bright’, why should he play cricket with someone who won’t eat lunch with him when he walks off the field?

Chenoa Deemal is tremendous in the rather pivotal role of Lady Bardwell – the ardent Marxist-feminist supporter of Johnny Mullagh and his team. There is both light comedy and hidden undertones of a possible romance in her relationship with Mullagh as she teaches him to read and write.

Joseph Althouse is hilarious as a pompous English butler, contrasting with his performance as Brandon, a fired-up First Nations activist.

Dubs Yunupingu is dynamic as Kimberly, a peeved First Nations activist, until she picks up some of the stories behind the various artefacts in the museum and has great fun playing assorted ladies’ maids. Colin Smith gives an arresting performance as Charles Lawrence, the ethically dubious coach.

Recommended – a captivating and inspiring story that reverberates today.