The nuanced understanding and subtlety of Paramaditha's short stories, which cleverly navigates the intersection of contemporary setting and folklore, is masterful.
Brooke Boland
[This is archived content and may not display in the originally intended format.] 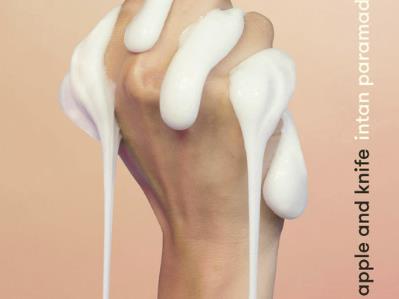 The first story in the collection Apple and Knife, by Indonesian-born writer Intan Paramaditha, begins with a woman recounting the story of how she became blind, a retelling of the familiar Cinderella, only this time told from the point of view of her step-sister. ‘History has killed me off in favour of her, who people say lived happily ever after. You want to know the real truth? Sin is dead. I’m the one who survives.’

For readers who are unfamiliar with the following references to Indonesian folklore that shape the majority of short stories throughout the collection, this first story, ‘The blind woman without a toe’, provides an easy entrance. In reading it, we recognise Paramaditha’s inhabitation of fairy tales as a particular kind of feminist rewriting that recurs in the following tales of survival. Other stories in the collection reflect Indonesian tales in misunderstood female ghosts, in Paramaditha’s reimagining of Kanjeng Ratu Kidul in the story ‘The Queen’, not to mention the reference to the Maiden of Ancol Bridge.

This unearthly and yet incredibly grounded collection of short stories are punctuated by the often violent victories of women. But victory is perhaps too positive a word. It’s not success but rather the ability to prevail, to seek vengeance, to rebel. They carry in them a nightmare borne of reality, stories of women abused, degraded, discarded, but also, in many cases, made powerful.

In some of the stories, it’s power that makes the heroines vulnerable. A woman whose voice and hips enthral the male villagers becomes the target of lust. A secretary navigates the unwanted advances of her womanising boss, only to have her vampire-self awakened by the sudden proximity of his throat. The famed Kuchuk Hanem of Esna, whose lover cuts out his own tongue, a gruesome expression of his agency against the European imperialism that attempts to silence him.

The nuanced understanding and subtlety of Paramaditha’s short stories, which cleverly navigates the intersection of contemporary setting and folklore, is masterful and establishes a surreal and macabre tone reminiscent of horror.

Translated by Stephen J. Epstein, the collection is also the first translated work published by Brow Books, a publisher to watch, particularly if you have an interest in experimental literary fiction and non-fiction, which seems to be overlooked by the commercial interests of some contemporary publishers. It is gratifying to see a translated work of short-fiction published in Australia, and the sale of UK rights to Harvill Secker is a testament to the collections success.

Hopefully there will be more to come from both Brow Books and Intan Paramaditha in future.