As the name suggests the production features performances from a selection of the artists attending the Festival and it is therefore the perfect showcase for the opening night.
David Finch 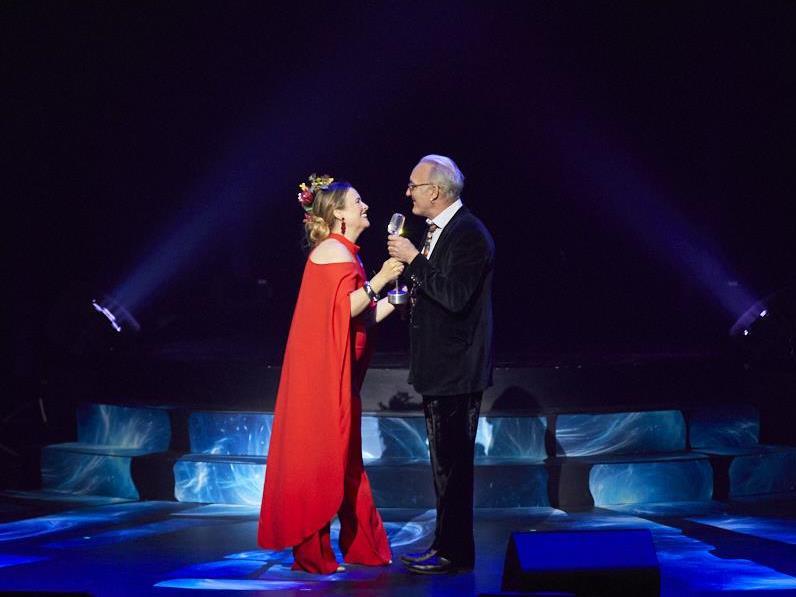 This year, as with every year, the Adelaide Cabaret Festival began with the much anticipated Variety Gala performance in the Festival Theatre. As the name suggests the production features performances from a selection of the artists attending the Festival and it is therefore the perfect showcase for the opening night, and a handy guide to what’s hot at the Festival.

The host of this year’s Variety Gala was the Festival’s Artistic Director Ali McGregor. In previous years the Gala has been hosted by performers like Todd McKenney, Craig McLachlan and Meow Meow who seamlessly introduced performers, provided humorous banter and improvised skilfully when necessary. McGregor, in a charmless, egocentric performance, did none of these things. To make things worse when she wasn’t emceeing she was on stage far too often as a performer; inexcusably McGregor sang four of the total dozen songs that were sung throughout the performance.

Regardless of the Artistic Director’s enthusiasm, it is not appropriate that they also be both the emcee and the major performer of the Gala when their talents and qualifications do not demand it.

At times the night had a dreary eisteddfod vibe to it, due to the lacklustre emceeing, an absence of introduction or contextualisation to some performances, and Wendy Todd’s underwhelming stage design consisting primarily of a backdrop of dark sparkly fabric.

Despite this there were highlights. Firstly, there was Matthew Floyd Jones’ witty cabaret performance from what promises to be a thoroughly entertaining Richard Carpenter themed show, Richard Carpenter is Close to You. Christina Bianco was another standout who thrilled the audience with her talented mimicry when performing ‘Cabaret’ firstly as Liza Minnelli, and then Barbra Streisand, Celine Dion, Julie Andrews, Judy Garland, Bernadette Peters and Patti Lupone (who is also performing at the Adelaide Cabaret Festival). Australian musical theatre luminary Nancye Hayes unsurprisingly delivered the best total performance of the night with a rendition of ‘My Own Best Friend’ from Chicago that was sung with panache and conviction.