The Production Company bow out at the top of their game with the glorious Ragtime.
Reuben Liversidge 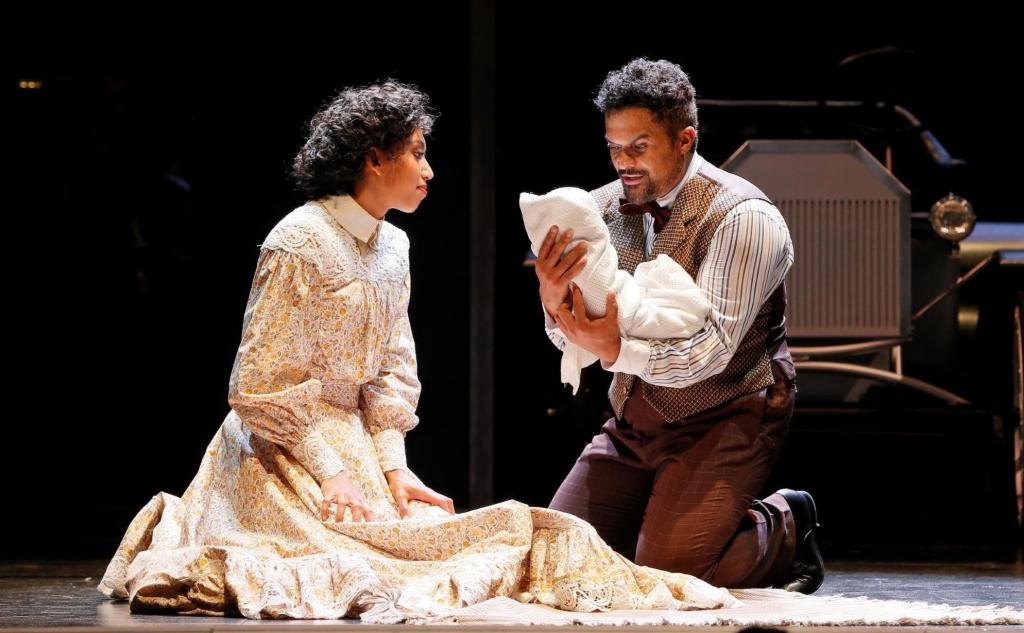 A few months ago The Production Company announced they would be closing the curtain for good after two decades presenting short seasons of musicals in Melbourne. For their last production of 2019 (one final show will be presented in May next year) they have selected the modern American classic Ragtime. The company is definitively bowing out at the top of their game; this glorious production is the best show they have ever produced.

This lavish musical adaptation of EL Doctorow’s novel, featuring a book by Terrence McNally with music and lyrics by Stephen Flaherty and Lynn Ahrens, is set at the dawn of the 20th Century and focuses on three different social groups: African Americans, upper-class white suburbanites, and immigrants from Eastern Europe. Within this melting pot, the central character’s lives become intertwined and several famous personalities of the era, such as radical anarchist Emma Goldman (Sage Douglas) and master illusionist Harry Houdini (Louis Lucente), feature in the plot and offer commentary on the larger social issues of the time. The spectacular score features an appropriate patchwork of musical styles, from Yiddish to vaudeville, and the book keeps the audience focused on the central storylines whilst encompassing the epic sweep of the era. Ragtime is so well written that it’s the kind of show that will make you fall in love with musicals.

An absolutely stellar cast has been assembled for this production. Kurt Kansley, who recently starred as Che opposite Tina Arena in Evita, leads the cast as Coalhouse. With his soulful vocals and infectious passion his interpretation of the role was thrilling. As Tateh, the Jewish immigrant desperately trying to make a new life for his daughter, Alexander Lewis brought a touching sweetness to his scenes with Summer Hamilton and his soaring operatic voice was sublime. Chloé Zuel’s portrayal of Coalhouse’s girlfriend Sarah was wonderful and her performance of the song Your Daddy’s Son was incredibly moving. Everyone in the show was so well cast and director Roger Hodgman brought out accomplished performances from all of them in such a short amount of rehearsal time. The star-making performance of the night went to Georgina Hopson as Mother. The life-changing journey that this character went on throughout Ragtime was beautifully traced by Hopson with care and clarity; the audience latched onto her from the moment she stepped on stage. Hopson’s crystal clear versatile voice was exceptional and her performance of Back To Before stopped the show cold on opening night.

Hodgman and choreographer Dana Jolly kept the story flowing gracefully, making clever use of the simple set and allowing ensemble numbers to dazzle with lively choreography. Ragtime never felt hurried or overly crowded; the production team respected the quality of the material and allowed the piece to speak for itself. They presented this epic saga with sensitivity, intelligence and an almost overwhelming emotional intensity.

Special mention must be made of both the phenomenal onstage orchestra lead by musical director Guy Noble and the impeccable sound design by System Sound. It was an absolute treat to have the Ragtime score sound so incredible. The orchestra sounded remarkably full and the exemplary sound design ensured that every note and word were heard perfectly.

Ragtime is a remarkable achievement for The Production Company and an absolute must-see theatrical event. In a year of stiff competition, this is the best musical of 2019. Ragtime only has a very limited run so make sure you grab your tickets quickly.