A delightful and beautifully constructed modern take on Rameau’s classic operetta.
Raphael Solarsh
[This is archived content and may not display in the originally intended format.] 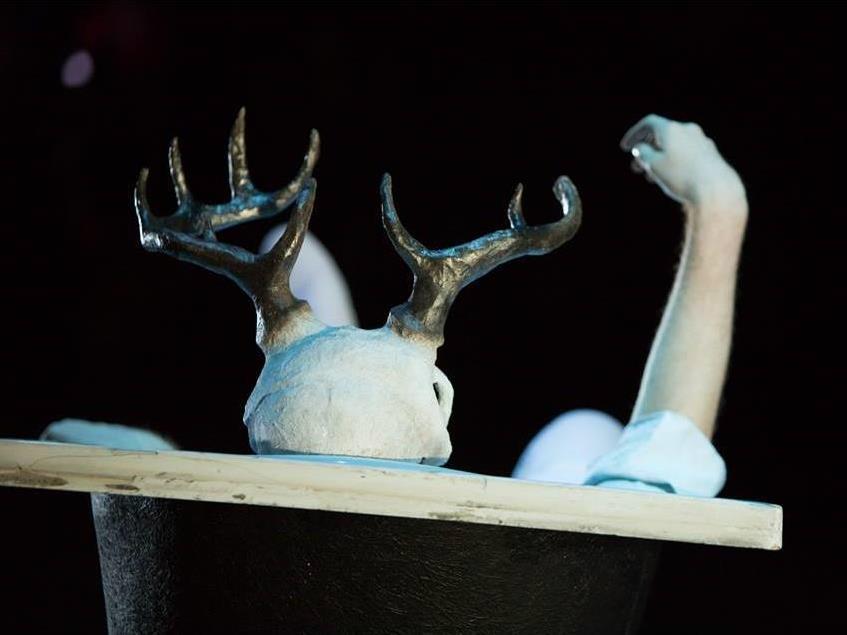 Josh Tomlinson as the Statue in Pygmalion. Photo by Kris Washusen.

Those unfamiliar with Jean-Phillipe Rameau’s most famous one act opera, Pygmalion, will likely be familiar with a few of its more recent incarnations, George Bernard Shaw’s 1913 play of the same name and of course 1964’s My Fair Lady. It tells the story of a sculptor more in love with his work than his partner. So much so that he beseeches Love herself to bring his perfect creation to life. She duly obliges and what follows is a cavorting celebration of love and art that is as perverse as it is beautiful. Lyric Opera of Melbourne, under the direction of James Cutler, has breathed new life into this classic work and produced a playful and enchanting modern incarnation full of colour, life and contemporary twists.

There is great respect for the old too. Two harpsichords compliment a full baroque orchestra, which nestled behind semi-opaque curtains rather than in an orchestra pit and provides a lush and authentic musical landscape. Each aria and duet remains faithful too but in the libretto, which is projected on either side of the stage, there is a marvellous innovation. It’s difficult to believe that the millennial shorthand of Emojis could ever be slotted into an 18th century opera, but it somehow works. It not only worked but made for wonderful comedic moments through the most unlikely juxtaposition. Though lyrically beautiful, one does not want to spend the duration of the performance reading translations off a screen and this novel approach to demonstrating mood removed much of the pretension and pomp that can draw criticism as to opera’s accessibility.

The performance isn’t perfect. The orchestra and performers occasionally fell out of sync but this was rare and the discrepancies minor. Overall, performances were solid and the music full of warmth and energy. The stand outs of this show are not its stars but the chorus of dances who were outstanding. It must have taken little effort to get into character because they wore their on-stage personas like a second skin, providing the current on which changes of moods flowed and touches that made each comedic element pop.

There is great attention to detail in elements like costume, which suited both character and setting to a tee, and choreography which was able to carry large scenes without overly restraining any of the performers. If you’re a newcomer to opera you’ll find this 55 minute performance a fantastic introduction and if you’re a savant you may enjoy the novel, playful touches that make this production unique.