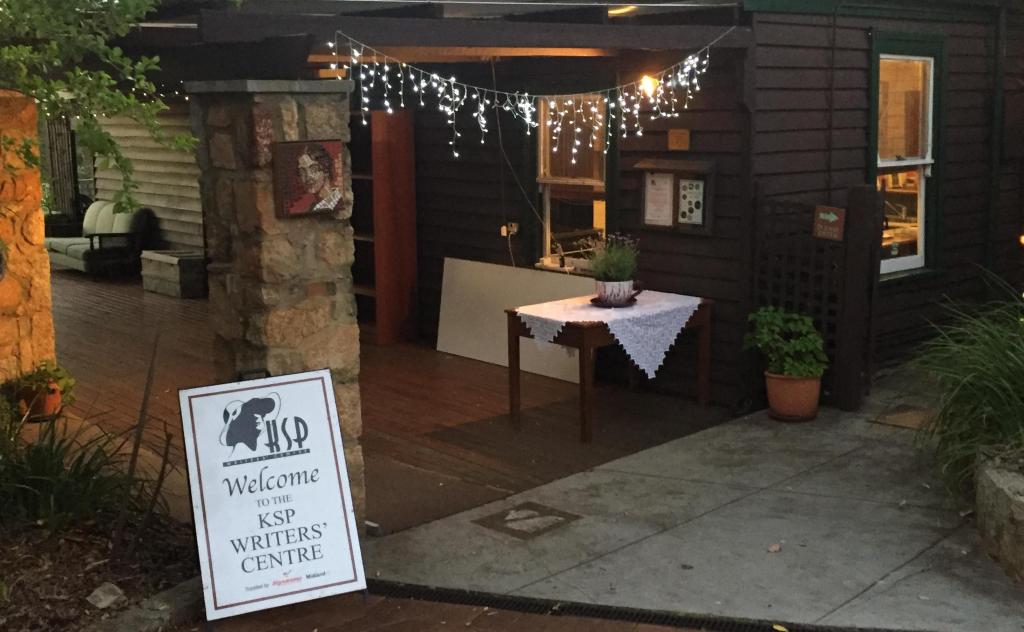 Award-winning playwright Louise Helfgott was commissioned to write Potchnagoola, a play that celebrates the friendship of her brother, pianist David Helfgott, with writer, Katharine Susannah Prichard (KSP), in the mid-1960s when the pair used to meet at the writer’s home in the hills of Perth.

Staged in a room of Prichard’s heritage-listed former home, Potchnagoola is a stunningly original and authentic performance by director Douglas Sutherland-Bruce and actors Cameron Tarran (as young David) and Kerry Goode (as KSP). The name Potchnagoola was coined by David Helfgott. It is an amalgam of some of the titles of Prichard’s novels, which he read as a young man when he visited her home in Greenmount.

The intimate setting of the writer’s home, the presence of 72-year-old David Helfgott playing the piano at the end of the play, and an intuitively written script made this an eerie experience. Kerry Goode is to be commended on memorising and delivering lengthy monologues with skill and heart, while young Cameron Tarran showed glimpses of the famous twitchiness and repetitive intensity that would mark Helfgott in his later years. The score from Brilliantissimo by David Helfgott provided scene breaks and served to highlight the feeling that we were watching ‘real-life’ play out through some sort of time warp. An especially nice touch was the projection of a photo of Hugo Throssell (KSP’s late husband) on to a communist flag sourced especially from Russia. KSP was famous as ‘The Red Witch’ for her defiantly communist worldview at a time when a nervous Australian government vacillated between promoting her skill as a writer and condemning her politics.

It is in our nature to be fascinated by glimpses into the lives of people we know through art, cinema, literature and music, especially when those glimpses are provided by those who were ‘there.’ The movie Shine offered one such glimpse and this play offers another; an endearingly different look at a man whose life has become story. More than that, it recreates KSP as a woman haunted by the suicides of her father and husband, and foreshadowing the suicide of her only son Ric, after she had died. Prichard was truly a woman ahead of her time, unwilling to fit into the conservative anti-communist society of Perth in the decades after the Second World War. It is fitting that her struggles are captured in this commemorative play by the sister of a man whose friendship provided solace at the end of her life. It is also not easy to write a new version of well-documented lives, and to do so in a way that captures both the intellectual and emotional imagination. Louise Helfgott has done both, and in doing so has provided crucial insights into the hearts and minds of two of Western Australia’s literary and musical prodigies.

Written as part of The Colours of Katharine Festival