An absurdist piece of metatheatre that touches on relationships, identity, performativity, and the games that people play.
Helen Hopcroft 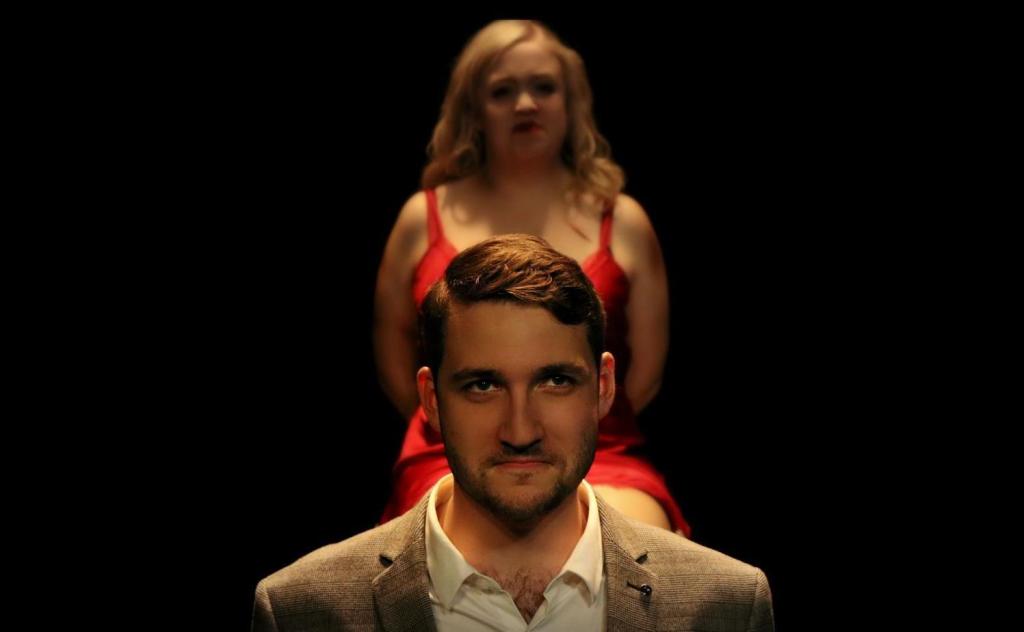 An empty stage. The lights are still down when four actors walk out in the darkness and form a row facing the audience. When the lights come up, we see two men and two women standing there, blank-faced, wearing black underclothes. In a helpful tone, an audio recording describes the meaning of the term ‘playing face’:

‘To pretend to be what you believe you should be; or to perform the persona you believe yourself to have; or to play the role you have been assigned so well that your true self falls away and what is left is just a face’. And with that, the actors begin to move, their facial expressions become animated, and they chatter to themselves as they pull on their costumes, getting ready for showtime.

We’re watching a reality television show, ‘Living with the Kings’, set in the home of a seemingly perfect suburban couple: Mr and Mrs King. For three days, they invite two guests into their home while cameras capture every moment. ‘Now remember, the cameras are always on’, presenter Mr King tells Mr Wilde, with a showman’s flourish. Jason Wilde, an alcoholic musician, is one half of The Wilde Violets musical duo; the other is the hyper-sexual Ms Violet Young. Mrs King, a motherly type, soothes their guests. ‘They always edit out the boring bits’, she tells them, proffering a plate of lobster canapes. ‘These taste even better than they look’, says Mr King, biting into an imaginary piece of pastry. The scene ends with a horrified Mrs King, carrying the main course, hovering in a doorway as her husband kisses Ms Young.

Mrs King, a devoutly religious woman, has been brought up to believe in the power of God and a happy marriage. She writes girlish froth in her diary every night and frets that her adulterous husband is ‘too good for me’. It is only later, after a goodnight prayer delivered in an anxious, face-twitching rush, that she begins to recognise her own unhappiness. ‘Oh please, let’s not pretend that that slut would ever make him happy!’ Stephanie Priest, who plays Mrs King, is impressive as a woman struggling with the tension between her perfect screen life and the reality of her marriage. ‘I’m coming to the realisation that my story isn’t everything I thought it was’, she tells Ms Young. Tension escalates as the four characters prepare for the show finale, and react to respective betrayals.

An absurdist, metatheatrical piece, Playing Face is about many things: the games people play, the performance of identity, gender politics, love and relationships, the line between life and art, addiction, power and status, and domestic violence. From the moment the actors stand before the audience, almost naked, and gradually assume their characters, it talks about how the stories people tell themselves – and other people – become self-perpetuating.

One of the most interesting aspects of the production is its observation of how screens have become continuous mediators of human identity. A large television screen occupies a part of the set, and on this are screened exerts from the ‘Living with the Kings’ television show and other footage. At one point Ms Young sings while her screen image plays the same song. The real Ms Young is distraught, injured and crying; her screen counterpart is glossy and assured. The analogy with social media is compelling.

Like many highly experimental works, Playing Face takes many risks, and some succeed better than others. Yet throughout the production, the writing is as sharp as broken glass. When Mrs King tells the glamourous Ms Young that her ‘dress is divine’, Ms Young’s deadpan reply is ‘it’s velour’. Cassie Hamilton, the writer/director and composer, has created an original piece of contemporary theatre that blends elements as disparate as musical theatre, farce and cabaret. As a transgender woman, she skilfully communicates a hard fought wisdom about gender, violence and power. This is a bleak yet compelling piece of theatre that deserves recognition.