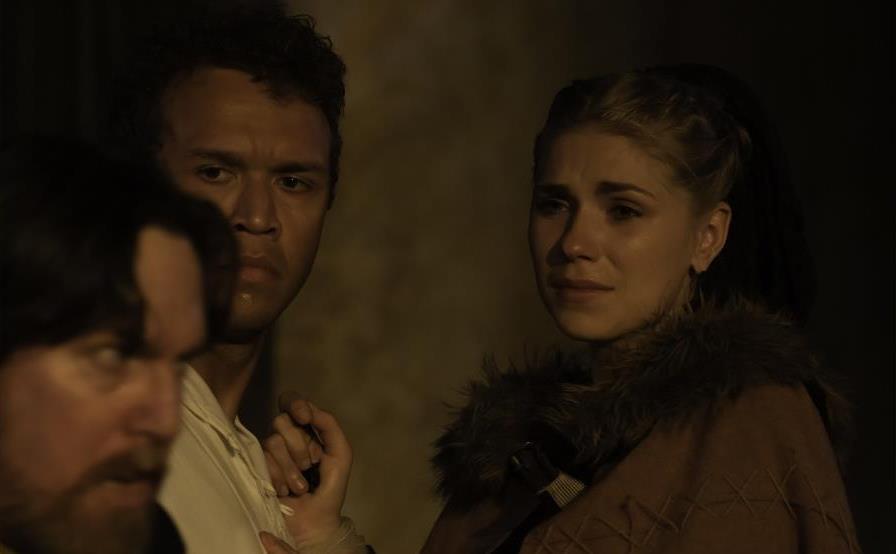 Expectations for Townsville’s annual Shakespeare in the Park include not only a well-attended season, but also a classic production with contemporary appeal, presented with extraordinary production values. And we were not disappointed.

Performed as always in Townsville’s lush botanical gardens, Queens Park, the set and stage design of Othello fully utilises the location. Once more, director Teri Brabon demonstrates her abilities as a director of vision and clarity with a production which combines an understanding of the text, pace and texture, with first-class acting from a cast of professional and community actors. This is all packaged up with a near-flawless palette of production values which combine for a seamless presentation. And Othello was no different with a splendidly presented production and interesting interpretation.

Tackling Othello is not easy and while Shakespeare’s themes – in this case racial prejudice, jealousy and manipulation – remain universal, very often what is the challenge is to give a contemporary interpretation of them while remaining true to the style. Of course, the greatest of these challenges is the casting of the title character.

Alfie Gledhill has been cast against type as Othello. He makes a valiant stab at a role which essentially demands someone with a different stage presence, age and physicality. After all, ‘the Moor’ is a brave and confident general who commands (and expects) respect for his achievements on the battlefield. However, Gledhill does not let these issues hamper him in making us understand and appreciate the character’s dilemma, and this says a great deal about the clarity of Brabon’s direction.

Of course, the play really belongs to Iago – probably Shakespeare’s most interesting villain. Brendan O’Connor gives an interesting take on the role. Giving a masterful performance that we have customarily come to expect from him, O’Connor played Iago with a debatable Cockney accent laced with a curious humour. This resulted in a gritty interpretation which had me intrigued. His Iago gave an impression of Bob Hoskins rather than Frank Underwood (House of Cards). While I can fully appreciate the choices made to opt for this portrayal, I do not necessarily agree that it worked for me.

On the feminine side of the fence, Brittany Santariga imbued her Desdemona with beauty, stature and intelligence, and Terri Brabon’s Emilia displayed an unexpected warmth.

Other performances of note included an impressive James Thomasson as Cassio, Elyse Phelan as a flighty Bianca, and Robert Street a comical Roderigo.

I have watched this amazing non-funded company develop over the last six to seven years into a regional force to be reckoned with. TheatreiNQ effectively combines professional and community talent into a dedicated ensemble that presents a diversity of work to great acclaim and enthusiastic local appreciation.