Opera in the Park 2016: Gianni Schicchi

Signor Puccini would surely have been proud to see such a well-produced and realised interpretation of his work.
Carol Flavell Neist 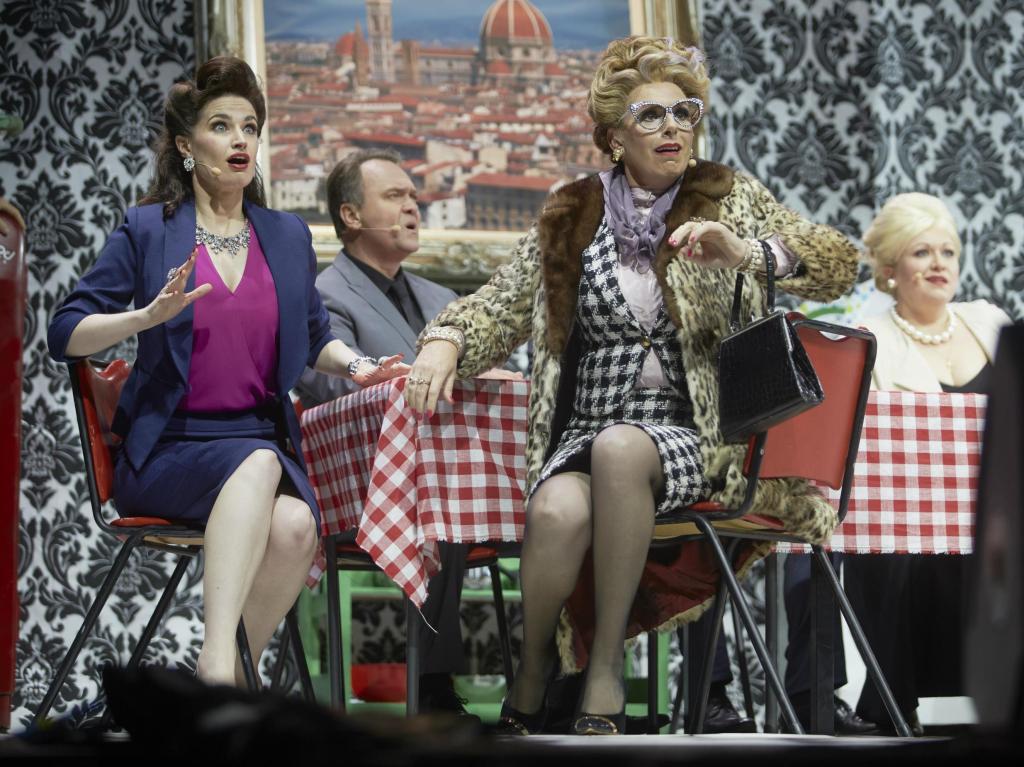 Opera in the Park has become a much-loved institution in Perth. For two decades and more, the WA Opera Company has teamed with the West Australian Symphony Orchestra to come up with an event that is eagerly awaited and keenly supported. Whole families come with picnic fare, and it is amazing to realise that children, even those under five, are spellbound by the happenings on stage – or, more likely, on one of the two huge screens that allow the enormous assemblage to see what’s happening from many metres away. What’s more, the event is telecast throughout the state, and finds a ready audience.

This year’s choice of opera was a stroke of genius. Short, funny and full of lovely music, Gianni Schicchi kept the audience spellbound and laughing for an hour of brilliant entertainment. Mind you, I wish they hadn’t played a recording of O mio babino caro over and over again for nearly two solid hours before the show started.

But once the show did get underway, everyone was spellbound. Not only was the music beautifully performed, the characters were brilliantly portrayed. This little opera not only sports an entertaining plot about a forged will, but also a charming little subplot dealing with the romance of Rinuccio (Virgilio Marino) a relative of the deceased landowner Buoso Donati, and Lauretta (Kiandra Howarth) daughter of the wily Gianni Schicchi (Douglas McNicol). These three carry the plot along, with essential input from a team of other clearly-delineated characters. (Fiona Campbell as the domineering Zita was a hoot!) And all of them can sing like angels.

Who wouldn’t sing like an angel when backed by the wonderful WASO, under the baton of Brad Cohen, the opera company’s Artistic Director? Still a young man, Cohen has conducted orchestras worldwide. Opera is his metier, and he was obviously very much at home with Gianni Schicchi. Signor Puccini would surely have been proud to see such a well-produced and realised interpretation of his work.

The cleverly designed set enabled us to see into Donati’s bedroom and dining room while allowing easy entrances and exits. Sound was excellent. In fact, there is little I can say about this production that does not require superlatives, emojis and a lot of hand waving. Viva l’opera!

I really must stop seeing so many good shows, or my rep as a tough reviewer will be in tatters. Another one for five stars out of five!