An anachronistic adaptation of a 90s movie that fails to address outdated attitudes regarding sex and consent.
Reuben Liversidge 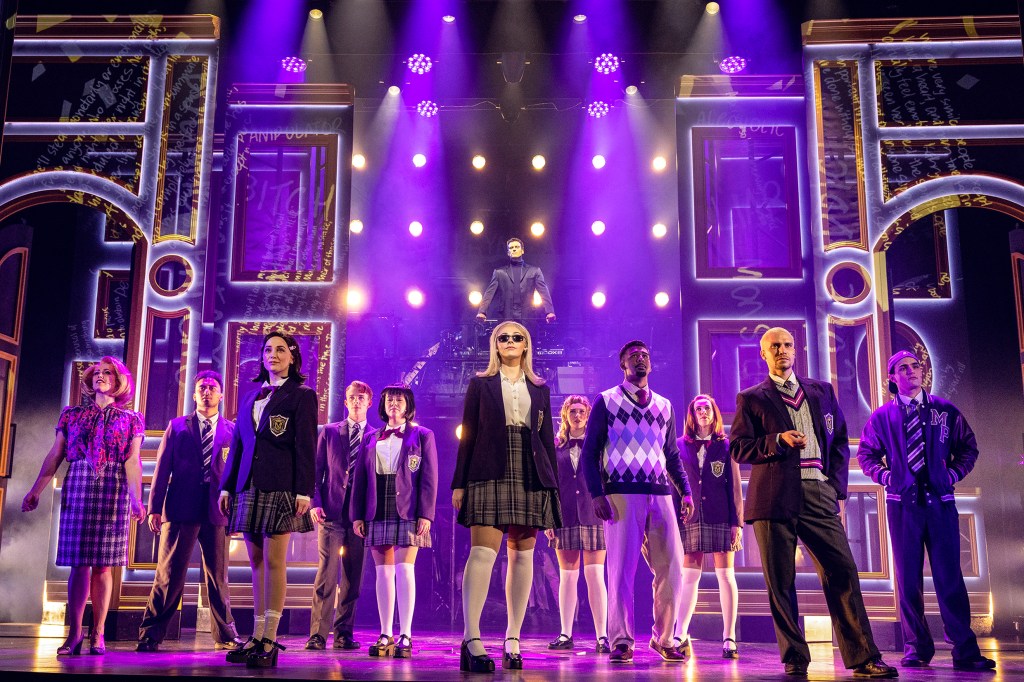 ‘Cruel Intentions: The 90s Musical is presented as a ‘harmless’ and ‘tongue-in-cheek’ ‘fun’ night of nostalgia, but in 2022 it’s just plain offensive.’ Image supplied.

The 90s are back, whether you like it or not. From fashion to film, the era of skate pants, hyper colour t-shirts and Britney Spears is having a resurgence. On paper, a music theatre adaptation of the 1999 romantic drama Cruel Intentions sounds like a good idea; three juicy leading roles, plenty of scheming and sex, and a soundtrack chockful of alternative leaning pop hits. However, what original screenwriter/director Roger Kumble has come up with for the stage is an absolute stinker. A boring verbatim adaptation of the film’s script with a jukebox ‘score’ of random songs from the era which make no dramaturgical sense whatsoever. That’s why it’s such a shame that after producing fabulous productions of Bring It On and The Wedding Singer, David Venn Productions have chosen this terrible show as their next project. The 90s are back and this production makes me wish they weren’t.

The world has thankfully come a long way since the turn of the century when it comes to societal attitudes regarding sexuality and consent. So, when a contemporary stage adaptation of grossly outdated source material completely fails to address or at least reframe these issues and allows characters to make homophobic slurs, joke about abuse, and gaslight vulnerable people, it’s unacceptable to modern audiences and potentially triggering for some people.

Cruel Intentions: The 90s Musical is presented as a ‘harmless’ and ‘tongue-in-cheek’ ‘fun’ night of nostalgia, but in 2022 it’s just plain offensive. The talented yet criminally wasted cast are also directed to act out some pretty confronting sexual situations on stage, although of course it’s all dressed up as a bit of harmless titillation. I hope the production employed an intimacy coordinator.

Cruel Intentions is also plagued by a classic conundrum; what to do with the ensemble? Director Alister Smith’s answer is to dress them as extras from Britney’s ‘Baby One More Time’ music video and then treat them as stagehands. The cast randomly pop up intermittently to offer some basic background vocals or to attempt to create the illusion of a crowd, but most of the time they distractingly wheel around the various doorway panels that make up the set and push around a large couch which is grossly overused in the staging.

A clear sense of time or place is never really established throughout the duration of the performance. On the nose references to dial up internet and discmans are thrown in to remind the audience that it’s apparently the 90s, but the costumes and set do very little to convey where and when we are. Things just happen. When I went to the bar at interval, I overheard a young audience member say, ‘I’ve never seen the movie and I have no idea what’s going on.’ Well, I have seen the movie several times and I felt the same way.

The one part of the evening where I thought there might be a rare moment of stillness and pathos, when Kelsey Halge as Anette Hargrove started singing ‘Foolish Games,’ was ruined by a couple of ensemble members moving the set (again) before doing some contemporary dancing in the background during this potentially heartbreaking moment. This sums up the direction as a whole; the staging and design are so unnecessarily busy that any possibility of emotional or narrative clarity is squandered.

On the positive side, there are some great performances by the cast. Francine Cain is an absolute scream as the immature Cecile and throws herself into the madcap physicality of her role with joyous abandon and superlative comic timing. Her romantic interest, Ronald the music teacher, is played by Rishab Kern with a natural sweetness and some lovely vocals. Against all odds, these two bring some much needed heart to a very superficial show.

Lead performers Kirby Burgess and Drew Weston play sexy step-siblings Kathryn and Sebastian with plenty of snarky sass, but these talented performers are let down by the material they are given. By the time the second act rolls around and the audience is asked to feel something for these two horrible people, it’s a tall order that neither Burgess nor Weston can fulfil. They both sound great, although Burgess was pushing very hard vocally by the end of the performance I saw.

I should be the demographic for Cruel Intentions: The ‘90s Musical; I grew up in the 90s, love musicals and remember the original film as somewhat of a forbidden guilty pleasure for teenagers to watch with their mates. However, this is one of the worst examples of a jukebox musical I have seen, and I’ve seen a lot. Then again, the audience around me were screaming enthusiastically and rolling in the aisles so what do I know?

Cruel Intentions will be performed until 25 June 2022 in Melbourne before touring to Sydney, Brisbane, Perth, Adelaide and Canberra.