Most popular reviews of 2020

In honour of our incredible community of reviews contributors, we give you the year that was, through their lens.
Andrea Simpson 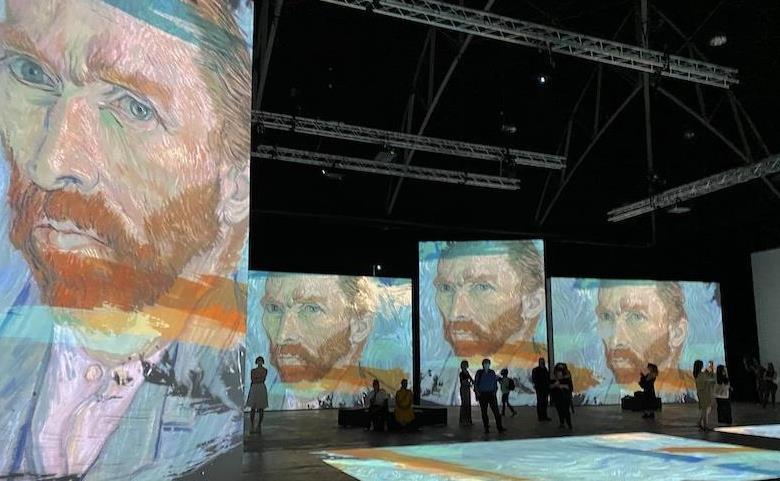 In 2020, across Australia shows, concerts, book launches and festivals were cancelled, or postponed, and some reimagined completely into digital iterations due to COVID-19. Through it all artists did what they do best, they kept on creating.

And so too did ArtsHub’s reviewers do what they do best – through these uncertain times they continued to support the industry they love by sharing their experiences of and insights into the art they watched, read or encountered with us.

In honour of this incredible community of contributors, we give you ArtsHub’s most-read reviews from 2020 (in no particular order).

The review of Six at the Sydney Opera House by Virginia Balfour in early January was enjoyed by our readers. Balfour describes Six as ‘a raucous version of Renaissance Girl Power.’

She continues to explain ‘The six of the title refers to the wives of England’s King Henry VIII who, desperate for a male heir, famously married six times and found ways to get rid of each of his spouses when they (literally) didn’t deliver.’ Balfour gave Six a glowing 4 ½ stars.

‘In a production for a modern world, the use of imagery is manifest, salient and engrossing,’ wrote Judith Greenaway in her 5-star review of Sydney Theatre Company’s The Picture of Dorian Gray.

‘Eryn Jean Norvill seduces, manipulates and smirks, but only as Sir Henry. As Dorian she is vacuous, high pitched and facile when we first meet him, with the change of character as he ages-not, of extraordinary depth.’

Our number one most read review of 2020 was written by ArtsHub’s Visual Arts Editor Gina Fairley.

In her review of Van Gogh Alive she noted ‘the world’s most acclaimed and visited multi-sensory COVID-aware experience’, Van Gogh Alive is the fully immersive art experience event we’ve all been hankering for since lockdown – when once again, art is physically palpable and punches beyond the confines of our home screens.’

Fairley continued: ‘While the hard-nosed critic might be dismissive of this blockbuster for its ‘cheesy’ popularism and big splash spectacle, the flipside is that this experience fills one with light, with joy. The trick is not expecting it to be a Van Gogh exhibition. This has nothing to do with paintings and everything to do with digital entertainment and its capacity to awe.’

The second most popular review on ArtsHub was also another Gina Fairley review, this time her 4-star words on the 2020 Biennale of Sydney captured ArtsHub readers.

‘Curated by Wiradjuri man, artist Brook Andrew, NIRIN (meaning edge in Wiradjuri) aims to rebalance the narrative around First Nations representation, and to rethink the contested histories that have shaped the power structures of our contemporary society,’ Fairley wrote.

Special mention: Fairley’s take on Monster Theatres, the 2020 Adelaide Biennial is absolutely worth the read. ‘This is a brave exhibition on many levels. It feels like a slow dance between veiled narratives and the raw and revealed – a chance to navigate the monsters of our contemporary stages, and if lucky, find empathy through the journey.’

Dance is clearly popular in WA, with our most-read dance reviews for the year detailing performances that took place in Perth.

At Perth Festival in February, Performing Arts Editor Richard Watts described Bangarra Dance Theatre’s Bennelong as ‘a potent, powerful and polished work of art … A compelling and unsettling story of first contact, Bennelong is the story of Eora man Woollarawarre Bennelong and his struggle to exist within two worlds,’ he said in his 4 ½ star review.

‘The ramifications of the COVID-19 virus almost dealt a death blow to arts venues around the world,’ noted Barbara Booth in her 4 ½ star review of WA Ballet’s GALA.

‘After such long deprivation, the explosion of joy from the audience began the moment the curtains parted and the sound of Taiko drums hit the roof,’ she explained as the ballet was ‘exquisitely performed.’

Special mention: Another WA production, presented by STRUT Dance, TURA New Music and the State Theatre Centre of WA, and curated by performance makers and producers Serena Chalker and Georgie Crawley, SITU-8 was reviewed by Jo Pickup. She noted, ‘The result is a diverse and imaginative swallowing-up of the site by this bevy of local talent.’

Described by Suzannah Conway as ‘an excellent finale,’ in only the third live concert from the Queensland Symphony Orchestra (QSO) Season for 2020, Beethoven’s Emperor was given 4 ½ stars by the reviewer.

‘The opening fast Allegro movement had barely got underway before the piano launched into a virtuosic cadenza, with some exhilarating flourishes from de Borah and loud emphatic chords from the orchestra, leading into the main vivacious theme. It was an exciting and powerful introduction.’

‘The Christmas story becomes a salve, a symbol of warm hope after a year of trauma,’ expressed David Barmby in his recent review of Pinchgut Opera’s Charpentier’s Messe de minuit.

‘A generation before the great and more recognised operatic composer Jean-Philippe Rameau, Charpentier is largely associated with music written for sacred liturgical use, possibly owing to being subject to the raging jealousy of Jean-Baptiste Lully who placed a monopoly on theatrical music in Paris.’

Special mention: As the pandemic took hold across the nation, digital concerts become the norm. Gillian Will’s described the Australian Chamber Orchestra’s ACO Homecasts featuring Richard Tognetti and Satu Vanska as ‘a thought-provoking and fascinating experience on many levels.’

Author Pip Williams and book cover image of The Dictionary of Lost Words via Affirm Press.

The Dictionary of Lost Words by Pip Williams

Mayer noted, ‘The Dictionary of Lost Words is an unforgettable novel that has a lot to say, and says it exceptionally well. You will laugh, you will cry and you will emerge with a deeper understanding not only of words but of the subtle biases of language.’

Almost a Mirror by Kirsten Krauth

‘Reading Almost a Mirror while socially isolating has been bittersweet,’ wrote Anna Westbrook in her 4-star book review of Almost a Mirror by Kirsten Krauth. ‘Fundamentally, it is a novel of reminiscence for a different time: 1980s Australia and its rumbustious music scene – visceral, embodied, and proximate to sweat, spit, and all manner of bodily fluids.’ Another highly read review on the site.

Special mention: I must admit, seeing in real-time cancellations of live events occurring across the nation, as the reviews editor for ArtsHub, this year was a challenge. I’m very thankful for books, which became welcome company in isolation. Here is a list of great reads in ISO from our book reviewers with contribution from Rashida Murphy, Ellen Muller, Arjun Rajkowa, Erin Stewart, and Mem Capp.

And Julia Faragher’s take on Honeybee by Craig Silvey was another favourite on the site. ‘It is a story of family, grief and longing that takes many dark turns before it even begins to entertain the idea of a happy ending,’ she described.

She noted, ‘This doco explores the history and events around the Biosphere 2 project, which saw 8 people (four men and four women) lock themselves away in a simulated replica of Earth’s ecosystem (really ecosystems, as a variety of environments were created including a rainforest, ocean and a desert), a supposedly wholly sustainable ecological bubble in a geodesic dome in the Arizona desert, in 1991.’

We all know that COVID-19 has kicked the proverbial butts of all those involved in the arts industry,’ Contributor Victoria Wyatt noted in her review of Super Jenny. ‘But it has also prompted creatives from across the globe to shift their thinking and dedicate time to experimenting with new projects they otherwise may never have had the chance to create.’

La Mama’s Super Jenny is a short series for preschoolers made available online during the pandemic.

Special mention: We all need a good laugh at the end of this year, and Ellen Muller’s take on Chaser Digital presents: WAR ON 2020 was welcome.

‘To cap off a year that has aged everybody ten years, and that we’re all tired of talking about, satirical media forces, Chaser Digital and The Shovel, came together for two livestreamed shows (on 11 and 12 December) tackling every absurdity 2020 has thrown our way from Trump madness to toilet paper hoards bought in a panic,’ Muller wrote.