Glorious Thing Theatre Company present four short plays by Samuel Beckett.
Glen Falkenstein
[This is archived content and may not display in the originally intended format.] 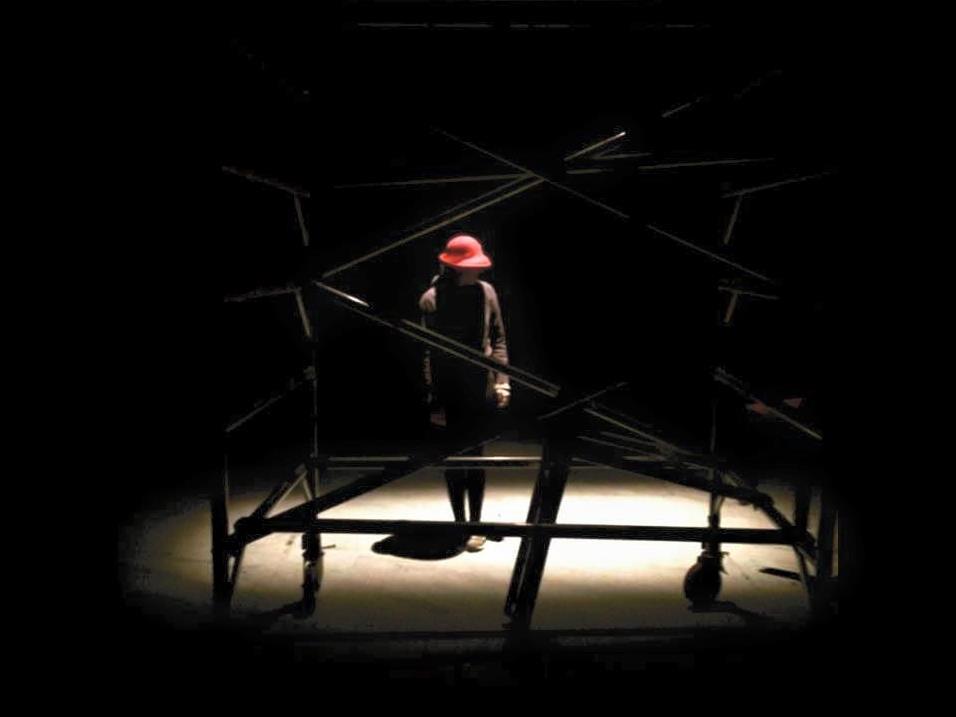 An hour of abstract surrealism, the cleverly-titled Metafour consists of four short plays by the divisive Irish playwright Samuel Beckett.

The action begins even before the curtains open with absurdist performers ushering theatre-goers to their seats. Both Metafour’s opening and conclusion, along with the welcome use of a clock, are strangely ambiguous and leave you wondering what you’re supposed to do or if you’re in a play at all, one of the most inventive and entertaining aspects of the production.

Playing with themes of time and death, one could be forgiven for leaving with entirely different impressions as Metafour strives to be both emotive and highly impressionistic theatre. There is no clearly discernible order or narrative; the audience are invited to have a visceral and intuitive reaction rather than spending days racking their brains over exactly who and what they saw.

The first play will immediately disappoint anyone who is not a fan of Beckett or expects copious amounts of traditional dialogue or staging, though for those who don’t mind more obscure or experimental material, Quad is both engrossing and extremely perplexing.

Rockaby is the shortest of the plays, featuring the same forlornness and desperation of Beckett’s Endgame, though given the time allows none of the same exploration of character, tension or philosophical traits. Come and Go and Catastrophe are the most entertaining pieces of this production and also share the most character interaction, the latter in particular providing much food for thought and evoking memories of Shelley’s Frankenstein.

A minimalist setting along with the surprisingly fitting addition of an irregular train shooting by on the adjacent line contributed to the eerie, discomforting and all-round despairing atmosphere that Beckett often so successfully evokes in his plays.

A risky yet rewarding production for Beckett followers and fans of the abstract and absurd, the lack of a straightforward narrative will dissuade some while providing numerous quizzical gems for others.