Christos Tsiolkas' dark vignettes carve out their space on stage at Sydney's SBW Stables Theatre.
Sophie Gillfeather-Spetere
[This is archived content and may not display in the originally intended format.] 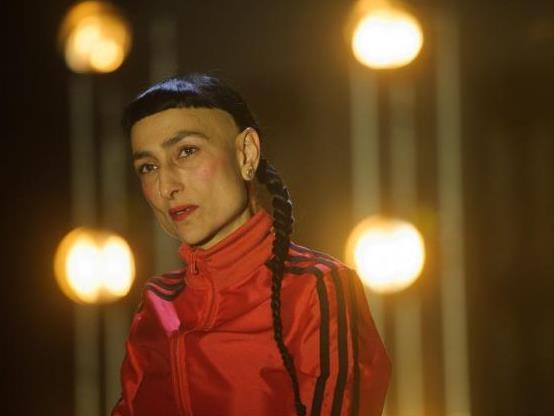 Christos Tsiolkas never creates characters without fault. There is no cheap sentimentality, just a clear view that people are capable and culpable – capable of poetry and love and tenderness as much as they are culpable of violence and anger and vanity. Anyone familiar with his writings, or the film and television adaptations that have followed, will know much of what to expect in the first stage adaptation of his work, Merciless Gods.

Surrounding the fallibility and fragility of life are the other signposts of Tsiolkas’ work – race, culture, family, sexuality, class, politics, violence and identity. It’s a lot to fit into a two-hour play, but Dan Giovanni has intelligently adapted Tsiolkas’ book of short stories into a series of vignettes. Each scene is a gripping, even traumatic, look at the interiors of contemporary lives. Giovanni has faithfully summoned the spirit of Tsiolkas’ Australia. For the characters of Merciless Gods, the traumas of our shared history have left a stale stain in the soil that emerges into the personal and domestic with rage and force.

There is no weak link in this cast of five. Sapadiah Kian manages intelligence in every movement and effortlessly inhabits characters from young travel writer to ageing Surry Hills bohemian. Paul Blenheim is excellent as the tragic and sweet heroin addict recalling the last time he saw his lover. Charles Purcell brings vulnerability and sincerity to every role – his turn as the son seeing off an imperfect father is devastating in the way it captures how a child can defensively love a parent who has continually let them down. And Brigid Gallacher’s monologue as mother to a teenage son whose body, mind and mouth is growing beyond her influence is chilling in its eroticism. But Jennifer Vuletic’s is the star of this production. Her figure takes over the stage – be it dressed in the black of a Greek mother in mourning or totally nude, her nakedness only emphasised by a bilious gold kimono.

Stephen Nicolazzo’s direction cuts the right frame for this talented cast. The atmosphere becomes thick in the tiny Griffin Theatre, helping to fill the space with scents of Tsiolkas’ writing – smoke, sex and shit. Though in reality we only have the former. The weight of the mood is balanced by Eugyeene Teh’s set and costume designs which dare to be a little kitsch and nostalgic – bringing an enjoyable breath of levity into an otherwise dark and gripping night. Katie Sfetkidis’ shadowy lighting is cinematic and a little vaudeville – and perfectly matches the Kubrik-esq colour palette of red, blue and gold.