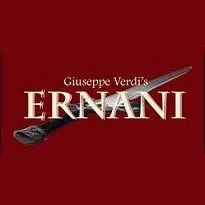 Ernani presents major vocal challenges for the lead singers, and this cast met them with varying levels of success.

Marta George began the evening a little shakily, with her strong tone sometimes at the expense of vocal flexibility, but this, I think, was more about initial opening shakiness. After a few minutes, she settled into the role, with a lovely clear ringing tone which was well balanced with Granata’s tenor during some of the opera’s fine duets and trios, especially in the second act.

Ian Lowe as Silva did not have a particularly big voice compared to other cast members, but I really enjoyed his intelligent, sensitive and very musical singing.

Lucio Coceani was disappointing as Don Carlo was consistently just under the note the entire evening and sang with a tense vocal edge which detracted from the fine arias written for the part.

The production is in the original Italian, so it might be worth familiarising yourself with a libretto before you go, as the narrative introductions prior to each act were a bit stilted in delivery, and sometimes difficult to follow.

Being played in the BMW Edge theatre, the audience had that rare opportunity of being able to be ‘up close and personal’ with the orchestra, and any budding music students interested in opera should take this opportunity to experience this score at a close range. The Melbourne City Orchestra, under the direction of Erich Fackert, demonstrated a consistently fine level of playing, bringing out the wide range of Verdi’s orchestral colours making this score a real listening joy.

The Melbourne City Opera chorus were vocally very strong, especially the women. Ernani has some fine choruses, and these, combined with the fine orchestral playing, were, for me, some of the evening’s highlights.

There is much in Ernani of interest, but because Verdi wrote some many other better operas, we often don’t get the chance to see and hear the opera in its entirety. Melbourne City Opera has demonstrated that there is much of value in Ernani, and for this reason, this production is well worth a visit.