Caryl Churchill's play is a superbly original and remarkably successful portrayal of the ways we connect in the age of information overload.
Deborah Stone
[This is archived content and may not display in the originally intended format.] 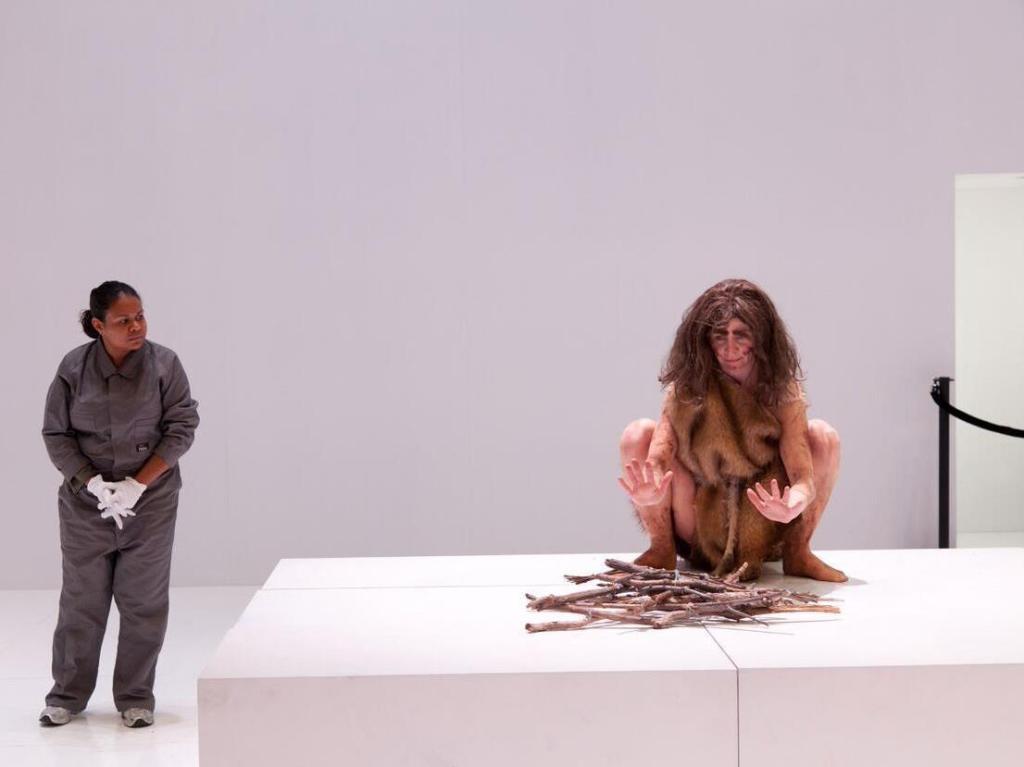 A description of the structure of Love and Information sells the play short. It sounds as if it will be fragmented and unsatisfying, difficult to follow or to understand.

In fact it is none of these things. It is a powerful and engaging work that connects audiences with ​important ideas in a thoroughly original way.

The construct is indeed challenging and must certainly have been so for director Kip Williams and dramaturgist Mark Pritchard – though the audience can’t tell.

Williams explained in a program note, ‘The play is written in seven sections, each containing seven scenes, save for the final section which has an eighth scene that Churchill titles Final Scene. Churchill sti​pulates that each of the seven sections must be played in order, but within that the seven scenes within each section can be played in any sequences. Further to this, she offers ten scenes at the end of the script titled Depression, of which any number can be inserted into the play at any point. The rule here is that the production must use at least one Depression scene. In addition she provides 16 scenes titled Random of which any can occur at any point but none of which are compulsory.’

Confused? Then forget it. What we get at the end of what must have been a marathon effort by the production team is a collection of very short, fast-paced vignettes, each of which is a gem of modern life. The team of eight players move on and off stage, in and out of character, at an extraordinary rate: a pace more familiar from scrolling through a news feed than watching a play. In total they play more than 100 characters in 70 scenes.

But th​e actors’ capacity to totally inhabit each character is extraordinary and we never feel left behind. A single phrase orients us unmistakeably, and often recognisably, between ​lovers, workmates, strangers. With a cleverly chosen prop or a new arrangements of the white rectangular blocks which comprise the set, we are beside a swimming pool, on a train, in bed. Some scenes are as short as half a dozen words exchanged between two characters but nevertheless convey an entire world. Others last five or more minutes and build up a remarkably complex narrative between various permutations of characters.

Some of the scenes are trivial – a man searching for his keys. Some reference world events – two women in a make-up room discussing the war in Iraq. Many are realistic, a few are surreal. In one scene two women are trying to use the memory palace technique to memorise a random list of objects, when one stumbles on a real memory. In another, a relationship dies in front of us when a woman discovers her lover is infertile.

What is most remarkable about this play is how invested we are able to become in each of these scenarios so quickly. Each vignette takes us swiftly and deeply into a new place where people connect or fail to connect.

Given the ability to channel-surf real lives with the immediacy of live theatre and the razor-accuracy of fine writing, it takes only a couple of words for us to be hooked into yet another world, to supply it with our own echoes and resonances and feel that we know exactly what is going on.

Like life, there is so much, so fast and yet somehow we manage to order, absorb, and find ourselves caring deeply about yet another character. As much as anything this work is a testament to the audience’s capacity for comprehension and empathy and our desire to connect with other people, even those we meet ever so briefly.

This production is a co-production ​between Malthouse Theatre and Sydney Theatre Company, which will ensure both Melbourne and Sydney audiences are able to enjoy it. And what a remarkable collaboration – not just between the two companies, but between writer and dramaturgist, director and designers, and an accomplished and militarily-rehearsed ensemble. Few plays demand as much from the production team as this one and yet on opening night it appeared seamless.

Love and Information is a thoroughly oroginal work and a tour de force of theatrical skill. But – impressed as we are – we leave the theatre not only starstruck by the craft skill but also moved by the new understanding we have of our own lives.  Churchill delivers no heavy handed conclusions but allows us to build up our own picture of the ways in which our over-networked lives still leave us struggling to relate, a world in which there is too much information but a never-ending search for love.