Look Back in Anger

Every play, to some extent, tries to immerse the audience in the action, however intimate or shocking.
Glen Falkenstein
[This is archived content and may not display in the originally intended format.] 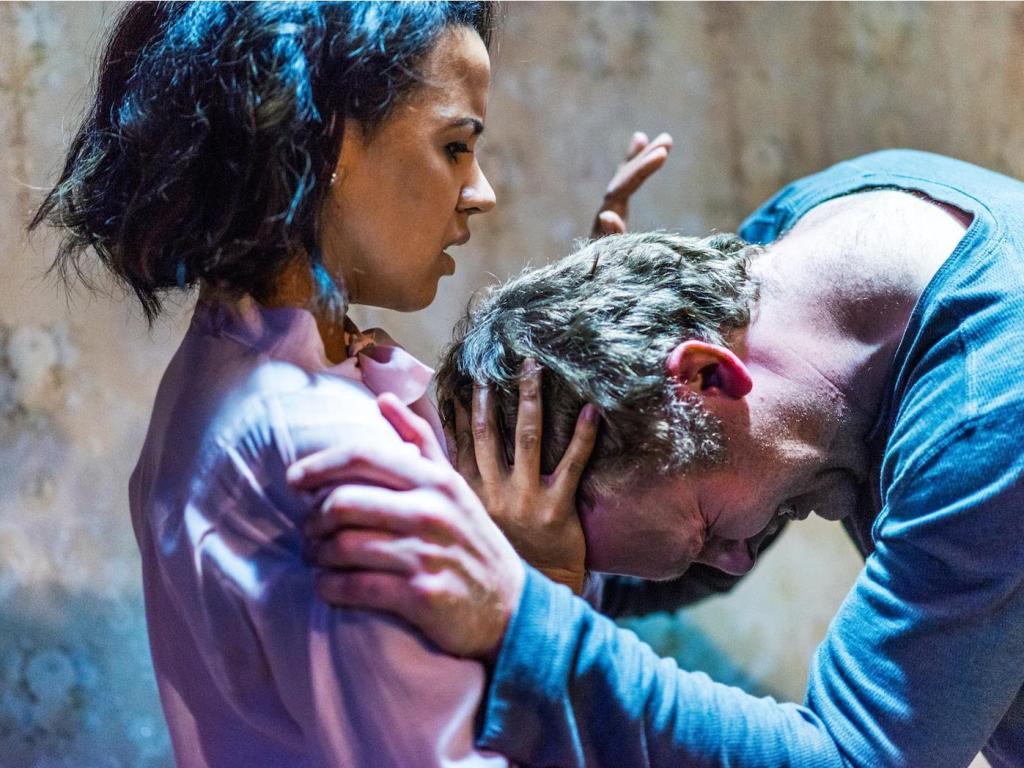 Chantelle Jamieson and Andrew Henry in Look Back in Anger. Photograph by John Marmaras.

In Red Line Productions’ staging of John Osborne’s classic Look Back in Anger you are, thrillingly, as in the thick of it as you could possibly be.

Taking greater liberties with the Old Fitz than any other production in recent memory, the set, a small apartment in 1950s England, eclipses half the theatre, even reaching into parts of the gallery. The work is consummately staged and the observer watches as if a passing visitor in the corner of the apartment. You cannot escape any of the action or the four players’ lively antics as it the agitation unfolds directly before your eyes.

When it was first produced in 1956, Look Back in Anger was heralded as the seminal touchstone in shifting British theatre from predominantly folly-filled whimsy to grittier, more realist stories. Jimmy and Alison Porter (in this production Andrew Henry and Melissa Bonne), having eloped. They share a small space and a tough life, their goings-on witnessed by Cliff (Robin Goldsworthy) and later Alison’s friend Helena (Chantelle Jamieson). The dramatics gradually escalate to the point that the two brief intervals between acts, uncommon in modern productions, are neither unwelcome nor unwise, providing a reprieve from the onslaught of turbulence and an opportunity to absorb the cataclysmic relationships and developing events.

Goldsworthy excels early on in a stand-alone, exuberantly comic sequence where even the other actors visibly had difficulty containing themselves. As the material gets darker he and the others adeptly switch gears – none more so than Henry in the most shambolic, dramatically wide-ranging role, ably shifting from introspective to outrageously bellicose in a matter of seconds while channelling so much of the drama in moving, lengthy monologues.

A somewhat dissonant third act shift in the plot relies to a great extent on the burgeoning interplay between Jamieson and Henry – despite being buoyed by hefty dialogue and plot-heavy machinations – sparsely resonates in the absence of significant chemistry between the pair. This is visibly evident in the exchanges between the Porters (due in no small degree to the comparatively-limited emphasis on or stage-time shared between Jimmy and Helena).

Regardless, all four actors command their roles thrillingly, with Goldsworthy’s jarring, pathos-laden performance above all; injecting Look Back in Anger with its heightened sense of classic, still-compelling drama.