A look at the life and times of the great Helena Rubinstein.
Lynne Lancaster
[This is archived content and may not display in the originally intended format.] 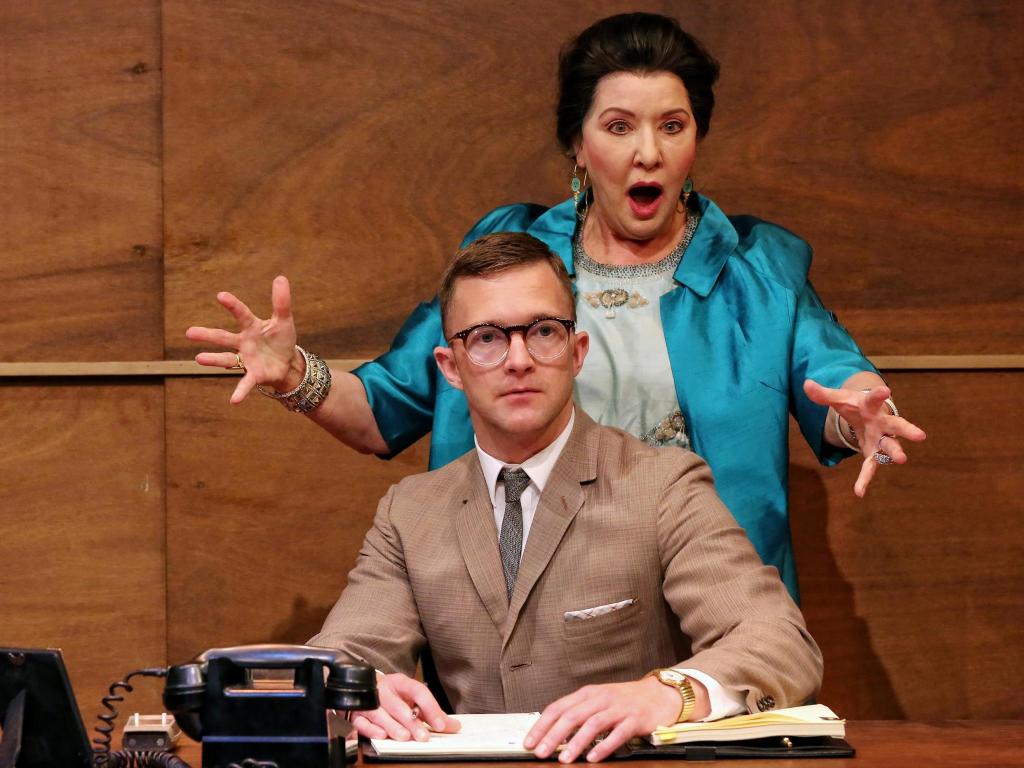 John Misto’s dynamic play – which opened first in London earlier this year in a sold out season using the title Madame Rubinstein – has its Australian premiere. Fluidly directed by Nicole Buffoni with seamless panache Lip Service charts the career of Helena Rubinstein from humble beginnings in country Victoria to the intoxicating heights of towering international success.

We learn how she was exiled by her family to Castlemaine and developed her business starting with a face cream she sold to farmer’s wives – one can almost say creating the cosmetics industry – a blend of beauty and science.

We see how her world dominating makeup empire is under constant threat. There is fighting behind the scenes, attacks with the industrial espionage and undermining from her rivals Elizabeth Arden and Revlon. Rubinstein maintains the principles that took her to the top: thrift, ruthlessness and steely resolve combined with unbridled ambition. We see her strength and intelligence and the terrifying mask of the legend she created and underneath the flaws.

Lip Service is set in the last decade of Rubinstein’s long life and for dramatic tension imagines her relationship with Arden and yet apparently in real life the two never met face to face (much like the rivalry between Elizabeth I and Mary Queen of Scots). Troublingly, in our contemporary era where we are seeing the return of anti-Semitism, homophobia and racism, in the script there are somewhat offensive one-liners regarding fat, female, gay and Jewish people, reflecting the times (I assume).  Lip Service is a semi-fictional biography of a very hard woman, the dialogue crackles in its perfect pitch sarcasm, cattiness and bitchiness that at times had the audience in stitches.

Right behind Rubinstein emerged Canadian-born New York beautician Florence Nightingale Graham, who assumed the name Elizabeth Arden (with a pink and gold colour scheme for her beauty salons and wares) had also obtained amazing commercial success. Both women were extraordinary in their accomplishments and, not really surprising, far less successful in their private lives.

The third character in Lip Service is Helena’s real-life Irish personal assistant Patrick O’Higgins, charismatically played by suave Tim Draxl with enormous charm. ‘Irish’, as Rubinstein nicknamed him, acts as a sounding board and foil for both women and also at the end great moments of sentiment.

The elegant wood panelled set designed by Anna Gardiner has sliding sections allowing for fluid scene changes for the various locations (Helena’s office and Elizabeth’s office), subtitles like projections indicating where we are (Rubinstein’s office, a plane, the Tate Gallery in London), with the inclusion of black and white TV commercials for affect.

Muggleton as Rubinstein is superb – at first elegantly coifed Dragon-Empress-like with her hands weighted down by huge rings. She is gruff, seemingly cold, abrupt yet flamboyant and extremely parsimonious. There is but small mention of her being a philanthropist and her support for the arts. Eventually we see the fragility hidden beneath and her being afraid to love. When we learn of the real tragedy of her life empathy has already been established with the audience and her inability to express or receive love is extremely moving.

To ascend to such dizzying heights of commercial success, sacrifices must be made. Did Rubinstein ever really know true joy? What Rubinstein achieved as a Jewish woman in the twentieth century was incredible and her legacy still inspires today.