The NGV’s exclusive exhibition provides a comprehensive and diverse survey of the artists’ work with insight into their lives.
Mem Capp 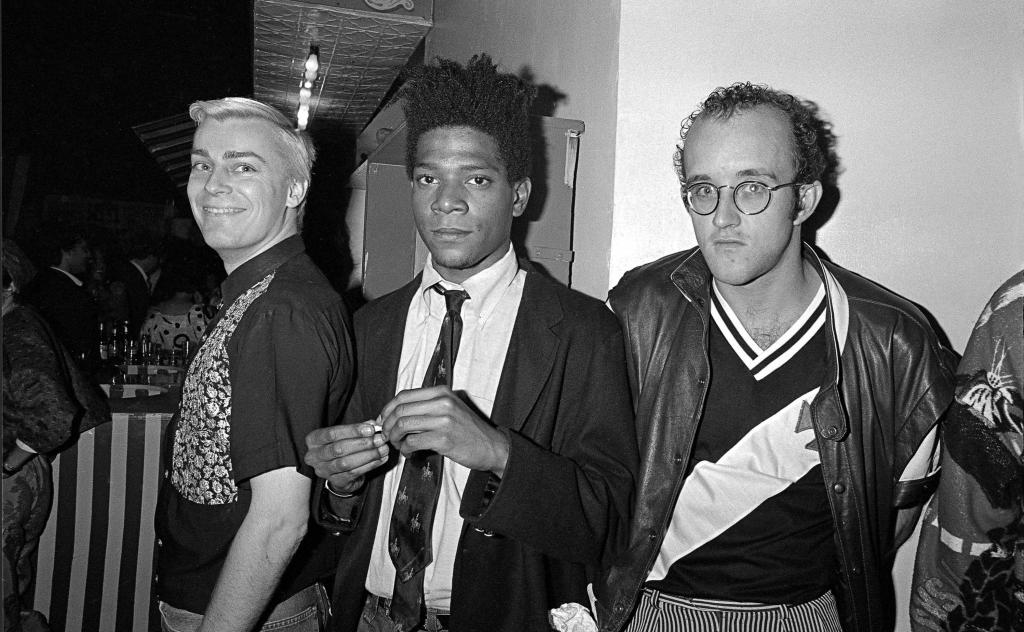 Shunned by the establishment, artists Keith Haring and Jean Michel Basquiat emerged from the creative hot-bed of 70s and 80s New York to become two of the most significant and influential artists of the late 20th century; their short, intense and profoundly creative lives leaving an enduring legacy. Presently showing at the NGV International, the exhibition Crossing Lines explores parallels and intersections in the lives of these two artists; examining the commonalities and divergences from the streets and subways of New York to their first exhibitions, friendship and artistic rivalry along with the pivotal influence of Andy Warhol and other artists, writers and musicians such as William S. Burroughs, Grace Jones and Madonna.

Curated by Austrian art historian and curator, Dr Dieter Buchhart, the exhibition is exclusive to Melbourne and provides an impressively comprehensive and diverse survey of the artists’ prolific output and incredible trajectories, despite being tragically cut short by their early deaths. Included are more than 200 artworks drawn from early public art pieces, to paintings, works on paper, sculptural pieces, photography and film. The result is an immersive experience, much like the environment that fostered the art they produced, which reflects their interest in popular culture such as advertising logos and hip-hop music to history, mythology and the Bible.

Sprawling across one side of the ground floor, an exhibition of this size can easily become overwhelming but thoughtful curation and design has resulted in a very successful multisensory visitor experience. Spaces of varying sizes, shapes and surfaces have taken into account comfortable visitor flow and mobility. Supporting documentation and careful placing of art pieces also allows the viewer an insight into the artist’s lives and work, explored through conversation and narrative.

Haring and Basquiat were not precious about the materials and surfaces with which they made their art; often using cheap material and painting or drawing on whatever was at hand, from bicycle helmets and sarcophagus to fence posts or old doors. Basquiat’s Self Portrait (1985), using synthetic polymer paint, coloured pencil and bottle caps on wood panel or Haring’s Untitled (c. 1985), fibre-tipped pen on helmet, being examples of this.

Sharing a sense of social justice, both artists used their work to explore a range of issues. The use of a language, whether it be written or visual, was a means to communicate ideas from racism and the AIDS epidemic to social injustices and capitalist greed. The influence of semiotics (the study of signs and symbols) in Haring’s graphically orientated art can be seen in reoccurring symbols such as the crawling baby, the mushroom cloud, the dancing dog and the crucifix-wielding oppressor. An example of the last symbol can be seen in his Untitled (1982), vinyl paint and vinyl ink on vinyl tarpaulin, where a figure in red is yoked by a yellow hallow as he stands holding a cross. Although Basquiat’s looser, mixed-media style was very different to Haring’s, he too used reoccurring visual symbols such as the defiant hero embodied through the figures of the musician, athlete or worrier. The crown however is perhaps his most readily identifiable symbol: after his death, Haring appropriated the symbol to paint A Pile of Crowns for Jean-Michel Basquiat (1988), synthetic polymer paint on canvas, as a tribute to his late friend.

The importance of the written word in Haring and Basquiat’s work, whether it be political or for the sheer joy of word play, was most overt in Basquiat’s art. In his mixed media piece Ishtar (1983), synthetic polymer paint, wax crayon and photocopy collage on canvas and wood, the artist repeats the title in varying size and colour over the three panels that make up the piece. Haring’s Mob Flees at Pope Rally (1980), newspaper collage, is an early piece influenced by the writer William S. Burroughs’s cut-and-paste explorations. In this piece, he places an image of the Pope wiping his eye next to bold text that suggests he has been deserted by ‘the mob’. Examples of their extensive diary writing and concrete poetry are afforded separate rooms, denoting the importance in the artists’ oeuvres.

Supported by a handsome publication including essays by Buchhart and others, along with public and private tours and various other associated events, this exhibition is worth taking the time to see if you are in Melbourne.