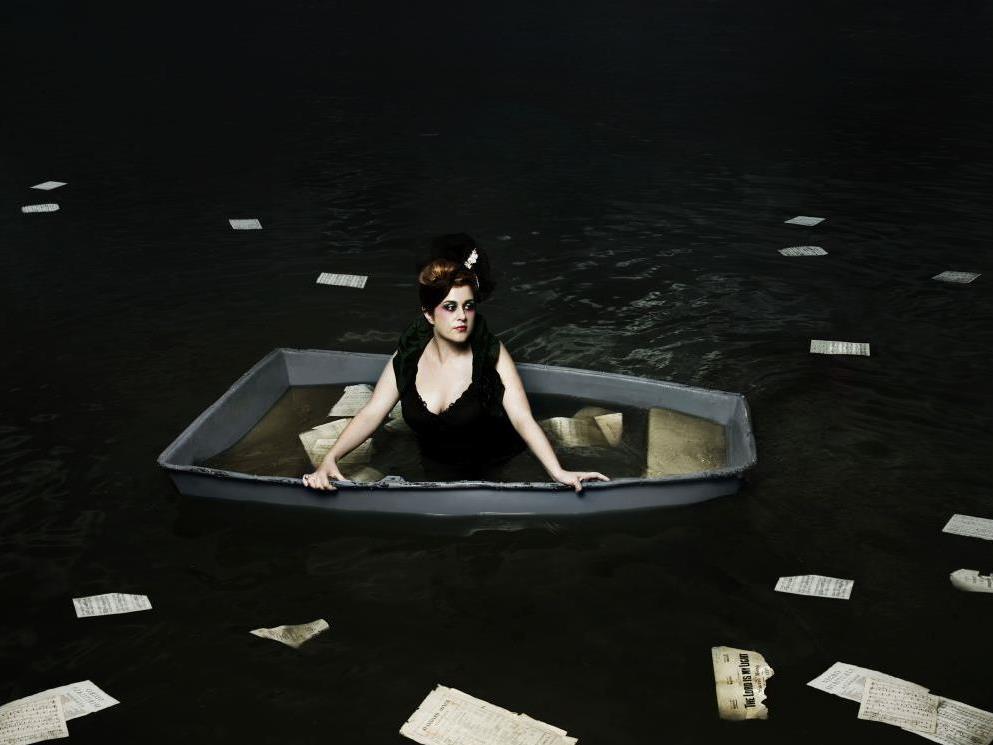 Several years ago, Katie Noonan read of an exhibition called Love Tokens. It consisted of 307 pennies, dating from 1762-1856, engraved by convicts for the loved ones they left behind. Inspired by these symbols of love, Noonan began to research the lives of particular convict women and write songs from their viewpoints; the results make up Love-Song-Circus.

Consisting of fifteen original compositions, Love-Song-Circus opens with the haunting, ‘Fierce Hearts Interlude,’ setting up a musical thread which weaves its way through the set. Noonan is accompanied throughout by Benjamin and Zoe Hauptmann, as well as the Gossamer String Quartet, multi-talented musicians whose liberal use of violins and the banjo add a traditional feel. Indeed, when the only traditional song of the evening, ‘Female Transport’ is performed, it fits as effortlessly into the set as if it were composed for it.

Lyrics such as ‘This is a woman’s story in a man’s time/ This is a gentle face in a brutal world’ and ‘I was down on my luck and you picked me up/ I was only a breath from despair’ point to the importance of sisterhood among female convicts.

The convicts’ stoicism and suffering are conveyed perfectly in the physical sense through the haunting acrobatic display of performers Jessica Ward, Kate Muntz and Melissa Knowles. The routines contain evocative feats to accompany each song; in ‘Jane,’ the suffering of a woman in the hole of a ship is illustrated by an acrobatic ring performance, where the ring could be seen to represent the collar around her neck, while in ‘Leaden Hearts’, a performer is rolled in her costume, signifying incarceration.

The penultimate song ensures the evening ends on a somewhat upbeat note; entitled, ‘Mary’, it’s a defiant song and performance based on the life of Mary Reibey, one of our most famous emancipists.

Production quality as a whole is faultless, with excellent lighting and stage set-up. Special mention must go to costume designer Libby McDonnell, whose dresses and leotards are beautiful in their simplicity and emotive in colour; the prominent nude-tones call to mind the invisibility of convict women and their stories, while the red underskirt worn in earlier songs may symbolise rage, passion or bloodshed.

On paper, the City Recital Hall seems an odd venue to stage this show, which has previously played in the Spiegeltent at Melbourne and the Adelaide Fringe. Yet it works; largely due to the excellent quality of the sound but also the air of solemnity provided by the setting.

Katie Noonan treats these women with the respect they deserve, delving into an important part of our history. Love-Song-Circus is a treat for the senses; from the stunning visual effects to the original music, a powerful connection is created between the audience and these women, whose stories could so easily have been forgotten.