Three generations of an Italian-Australian family grapple with the dramas (and joys) of being caught in-between.
Georgia Symons
[This is archived content and may not display in the originally intended format.] 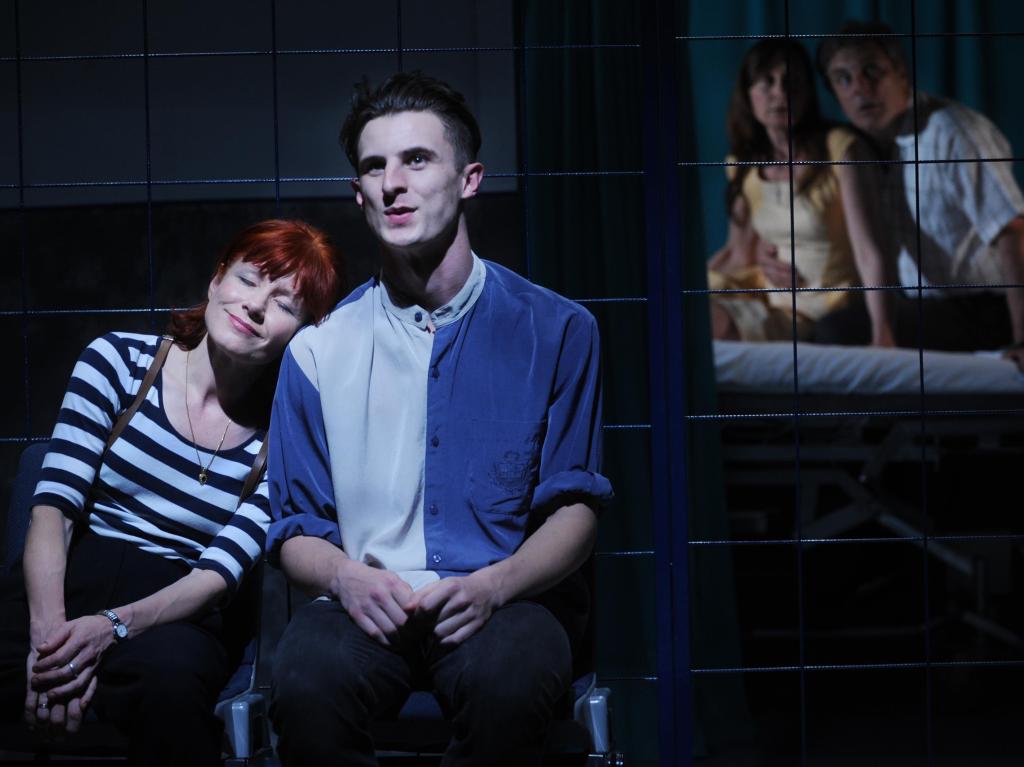 Dan Giovannoni’s brand new work Jurassica is a warm and compassionate family drama exploring the way the migrant experience flows through a family for many generations. Giovannoni’s intricately woven script is deftly handled by director Bridget Balodis, and the cast bring humanity to some larger-than-life characters.

The show opens with a cacophony of phone calls that introduce us to the central problem of the play – Ralph, the patriarch of an Australian-Italian family, has been taken to hospital. Ralph’s rapidly deteriorating health is the catalyst that sets us off on an odyssey through the collective memory of three generations of this family, as each undertakes the messy work of trying to reconcile their cultural heritage with their place in Australia.

Not many scenes are allowed to linger, with characters from the present cutting in on past family reunions, and the figure of the long-gone matriarch Sara floating through the present-day hospital waiting room. Balodis manages the complexity of the storytelling brilliantly, and the rare moments of disorientation within the timeline of the narrative feel intentional, as memories intertwine and collide in the characters’ minds. All of these memories seem to spill out of the intriguingly half-visible hospital room at the back of Romanie Harper’s versatile set, evoking Ralph’s presence throughout the work.

Giovannoni has painted a loving, nuanced portrait of this family, all of whom are brought to joyful life by the cast. Joe Petruzzi is such a full and radiant presence as patriarch Ralph, striking the perfect balance of authority and cheeky warmth. Devon Lang Wilton is effortlessly charming, and the perfect energy to mediate between three generations of conflicted men. And as always, Olga Makeeva’s presence energises each scene she walks into.

The script is rich with metaphor, and captures the poetry of a life without hyperbole, focusing on the small, unnoticed details. The first half of the show is often comedic, and invites us into the family before the tensions they hold bubble over.

The piece covers a lot of thematic ground around the European migrant experience. Each generation of the family experiences being ‘caught in between’ two cultures in a different way. Language is deployed as a tool for (re)building culture and family, and as a weapon for widening cultural gaps and laying blame. And Kaja’s assertion that all of her translating work is for dying people in hospitals is an astute marker of the shifting waves of migration to Australia.

This breadth of scope can at times make the work feel unfocused, but ultimately the content and the characters are compelling enough to carry the piece. Serbian translator Kaja’s connection to the story feels like it could have been better considered; but though her presence and connection seem tenuous at first, she is a device through which Ralph’s grandson can find words and understanding for his own inability to confront his grandfather and the alien past he represents, as distant and mythical as the dinosaur from his stories.

I did find myself wondering about the immediacy of this work. What was there on the stage that couldn’t have been there five or even ten years ago? Perhaps within the context of a global refugee crisis it’s timely to see migrant characters and their families portrayed tenderly, in all their humanity, in moments both mundane and profound; still grappling with their identities, but making a life as much as anyone else. But whatever the relevance of the work to this particular moment in time, its intricate storytelling, loveable characters, and exploration of identity and family feel timeless.