Jofus and the Plank, Fringe at the Edge of the World (TAS) 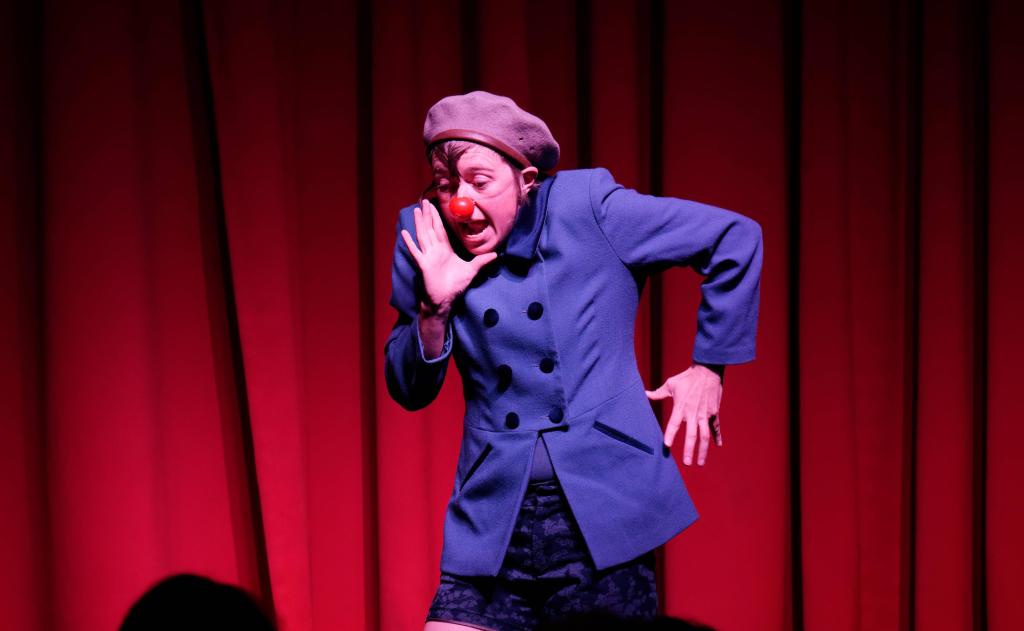 Lily Fish in Jofus and the Plank. Photo: Nayt Housman.

Fancy an engaging, all-ages, audience-friendly hour of physical comedy, Looney Tunes style? This delightful show is a child’s imagination brought to life via the power of the most versatile piece of wood ever seen on stage.

Jofus and the Plank is a physical, family-friendly hour of comedy and a joy to watch – although the work did suffer from some of the challenges of the venue. The sound seemed to absorb into the walls, muffling the dialogue, and interruptions by people talking in the corridors were frequent.

Fish’s performance is precise and controlled, with just the right amount of sweat and improvisation. They take joy in playing with the audience with moments of personal eye contact and introductions, enthralling both the young and old kids in the crowd. Driven by sound effects, ingenuity, shadow work, larger-than-life characters and indie theatre jokes, the work hums along at a cracking pace. High points include the embodied physical interpretation of a cloud, the stunning shadow play of the wolf, and the whirl of changing faces.

The story feels like the twists and turns of a child’s adventure into storytelling through a game where the only toy they have to play with is a plank of wood. The child could make the plank into anything and everything, and so they delight in seeing Jofus do the same.

When I see family work, I like to borrow a few kids to help me review. I was surprised that the 14-year-old we brought along was giggling the most; their laughter was added to the contented giggles from younger kids and snorting chuckles from their parents. It’s hard to get family work right and Jofus succeeds.

When I got home, I asked the two youngest what they liked about the show. Maeve loved everything about it, and Miles, the youngest, told me it all sucked. As soon as he said it though, he was hanging from the balustrade, imitating the wall clinging he’d seen Jofus do with a massive grin on his face. So I reckon it wasn’t all true. Jofus and the Plank is just too endearing to resist for long.

Jofus and the Plank
Performed and conceived by Lily Fish and the Plank, as part of Fringe at the Edge of the World
9-11 January 2020
Republic Bar, Hobart TAS