Stage adaptation of the classic novel resonates in today’s world with its focus on love, freedom, and social conditioning.
Federica Caso 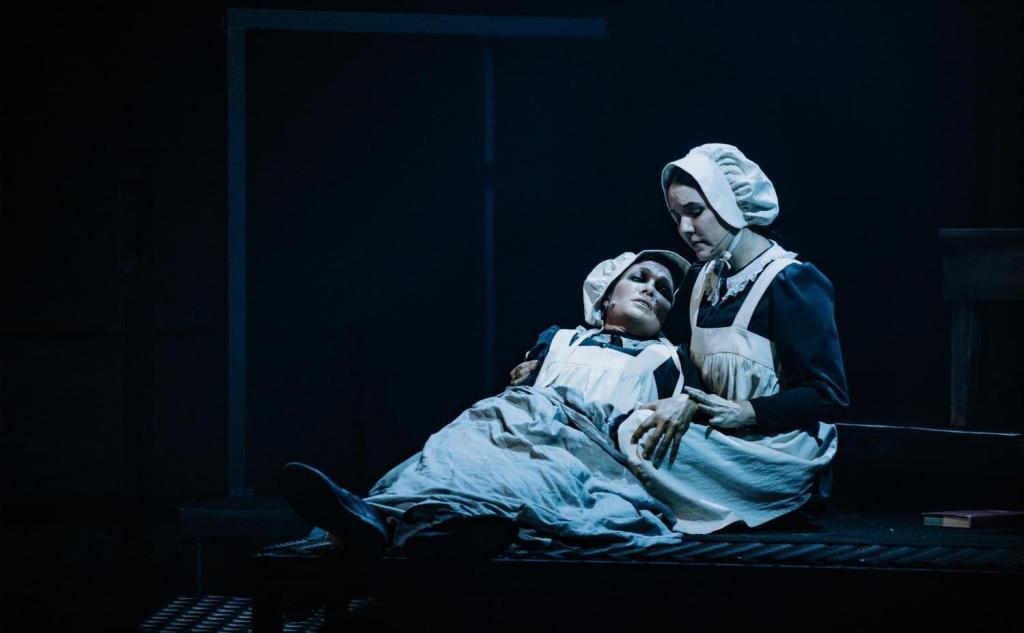 Jane Eyre is a novel that stands the test of time. It is a story of female empowerment in the face of misogyny, classism, and social injustice that still speaks volumes in today’s society. It is also an exploration of social conditioning and the meaning of love.

Theatre company shake & stir’s stage adaptation of this iconic piece of English literature features just four actors. Nelle Lee plays Jane, the uncompromising protagonist, while the other three actors play multiple characters: Anthony Standsih, for example, plays both Mr Brocklehurst, the headmaster who mistreats Jane as a child, and Mr Rochester, Jane’s employer when she becomes a governess at Thornfield manor, and later her love interest.

The switching of characters is never jarring or confusing. The actors skilfully change dress, accent, and location on stage to make it easy to recognise that they are embodying a different character. The fact that Lee never changes character allows the audience to focus on Jane, her development and journey to self-discovery.

We witness Jane endure cruelty, yet remain true to her sense of justice and autonomy, which set her free and towards true love. Love for Jane is not love for a man, but service to another human being out of volition. This is the love that Jane did not receive as a child and that helps her redeem her past.

Mr Rochester is an unconventional man. He is interested in gaining Jane’s respect rather than commanding it. He navigates his humanity across the expectations of gender and class of his time. He is expected to be superior to the women in his house, and yet he treats them with respect. He is expected to marry a wealthy woman, and instead he falls in love with Jane. He is certainly an entitled man, as he demonstrates when he asks Jane to marry him. But he is also a man who appreciates the beauty of an empowered woman and understands that love comes from freedom, and this is why he lets her go when she desires so.

The audience might find interesting to note the multiplicity of different female figures. Their interactions shed light onto the complicated world of femininity and female interactions. Each woman in the play navigates the social constrains of femininity differently. For example, Mrs Reed is a woman who cannot love Jane. But she is not a loveless woman. She loves her son, John, who commits suicide when eventually his mother refuses to repay his gambling debts. Upon leaving Mrs Reed’s house, Jane, full of resentment, promises to never again call Mrs Reed aunt. And yet, as an adult, Jane forgives Mrs Reed and calls her aunt at her death-bed. In her journey into humanity, Jane understands that we are not bad by nature. We are the product of social conditioning. This is why kindness, care, and authenticity go a long way.

The stage design deserves praise. Expect an aesthetically complex and yet functional stage composed of a vertical black scaffolding with multiple levels for the action to unfold. The several levels allow for an easy change of scene and for the actors to smoothly shift into a different character. The beautiful black stage also preserves the gothic and mysterious atmosphere that characterises Charlotte Brontë’s novel. Furthermore, it allows for deep symbolic compositions such as the juxtaposition across two levels of Jane and Bertha, the first wife of Mr Rochester.

The show features the original music written and performed live on stage by multi ARIA Award-winner Sarah McLeod (frontwoman of The Superjesus). McLeod’s voice is warm and intense, and is accompanied by the notes that she plays on the piano.

The play is performed at the Cremorne Theatre, the most intimate venue of QPAC. Perhaps because of the smaller size of the Cremorne, the music can sound too loud, but at the same time, the audience feels close to everything that the play evokes.

Jane Eyre has such a complex plot and characters that it demands to be regularly revisited and interpreted. It offers much in terms of feelings and life lessons. This production does a great job in highlighting the parts that best resonates in today’s world – especially the idea that love is a cage when it does not come from a place of freedom.