Based on research, but claiming artistic license, Alice Bishop’s new play explores the life of an eccentric and unusual would-be assassin.
Jennifer Barry 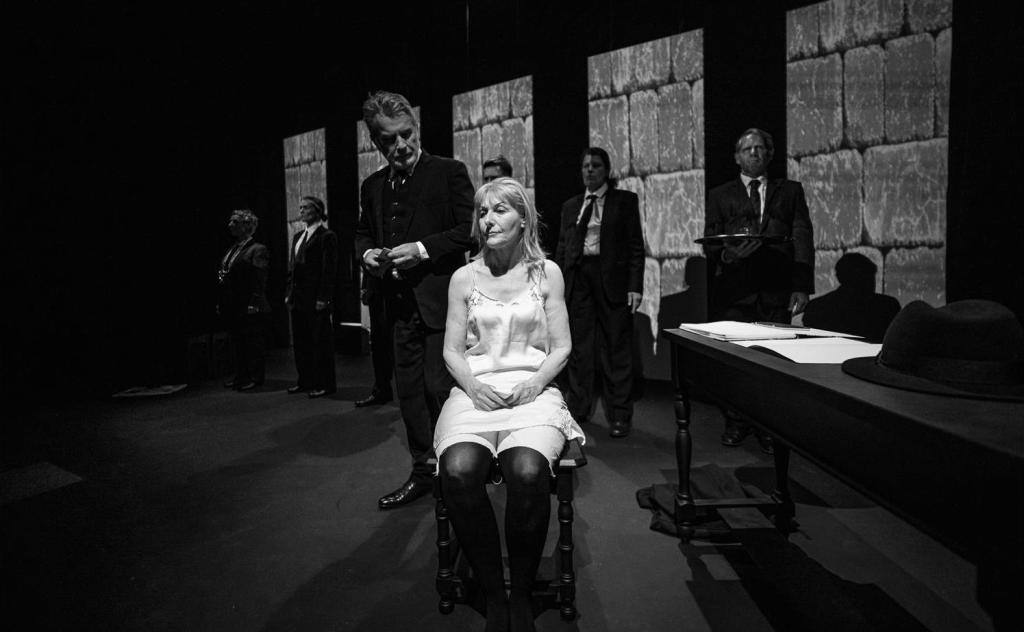 Heather Lythe as Violet and ensemble. Photo by Renan Goksin.

Before Benito Mussolini’s ignominious death in April 1945, the fascist dictator survived several assassination attempts. Alice Bishop’s new work, I Shot Mussolini, is the curious story of Violet Gibson, one of these would-be assassins.

An Irish woman living in Rome during the volatile political period leading up to World War II, Violet attempted to shoot the Italian despot in 1926 but missed her mark, barely grazing his nose. From an upper-class Dublin family, Violet didn’t exactly fit the profile of political assassin. At the time, she was 50 years old, a devout convert to Catholicism, and more than a little eccentric (this latter quality – suggestively close to ‘madness’ – is interrogated as a central tenet of the story).

Based on research, but claiming artistic license, Bishop’s play – for which, in this premiere production, she was also director and designer – presents her version of what happened to Violet after her attempt on the dictator’s life. Bishop’s script offers the audience a smorgasbord of characters, from Mussolini himself through to Joan of Arc, giving the talented ensemble cast plenty of dramatic meat to sink its teeth into. Veering between a serious biopic and (at times) an entertaining whodunnit, the script walks an ambiguous line, with something of the Midsomer Murders about it. Exposition, both literal and abstracted, is punctuated by some wonderful comedic moments, but there is too much repetition and the script, at 95 minutes long, could do with some serious editing.

Heather Lythe gives a strong performance as the mercurial Violet Gibson. Running the range from dramatic to comedic with ease, Lythe’s sprightly on-stage presence provides the theatrical locus for this production. Greg Parker is impressive as Chief Superintendent Pennetta, providing a solid counterpoint to Lythe’s lively performance, and Matthew Molony showcases his adroit acting prowess by animating a wide range of characters. Though perilously close to cliché, Marco Lawrence gives a great comic performance as Radoani the car-dealer. The entire cast works well together and, once the production settles (some lines went astray on opening night), this will be an imposing ensemble.

Bishop’s design is minimal. Five vertical flats, suggestive of the fascist architectural style of the period, act as screens upon which Salvador Castro’s striking designs are projected. Stelios Karagiannis’ lighting design beautifully supports these projections. Props are integrated as needed but, overall, the minimalist aesthetic is a wise choice, offsetting what sometimes seemed like a small stage with too many people on it.

In her program notes, Bishop references the current state of American politics, noting history’s tendency to repeat itself. As our political paradigm slides further and further to the right, it’s an important point. Given this, and its deconstruction of power, submission and corruption at the personal and political level, this production of I Shot Mussolini arguably missed an opportunity, in its design, to comment more directly on contemporary world politics. Nonetheless, a play about extremity of behaviour and the too-frequently lackadaisical systems and institutions that germinate it, is timely.