Stunning athleticism and heart-stopping acrobatics in this innovative circus work of the highest calibre.
Katie Lavers
[This is archived content and may not display in the originally intended format.] 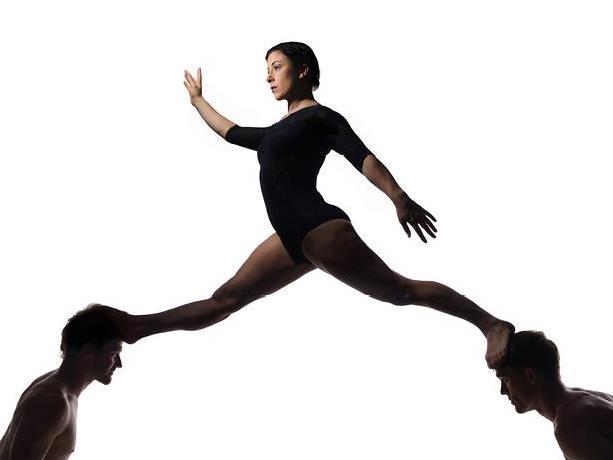 Humans by Circa; image via Sydney Festival.

Circa, the contemporary circus company from Brisbane, has been on the cutting edge of contemporary circus for over 12 years, since 2004. The company’s show Humans, presented as part of the Sydney Festival, sets a new benchmark in physically based inventiveness and creativity with physical material which appears to have manifested itself in response to the directive ‘Get rid of what you know. Start with you don’t know.’ The company members hold nothing back. Their total commitment to the work they are showing is visible at every moment. Courageous, ground-breaking, risk-taking – these are artist/athletes of the highest order.

If you have not seen a lot of circus go and see this show! You will see stunning acrobatics arts combined with contemporary dance. 10 acrobats at the peak of their ability playing with the languages of different circus disciplines to create a kind of physical poetry that is breathtaking and remarkable.

And if you have seen a lot of circus go and see the show too! Humans revitalizes ground-based movement, taking traditional circus acts such as acrobatics, hand-to-hand partnering, pyramid building, banquine and risley, two highs, three highs and at one point even a four high, and combines them and subverts them, cutting them together in unusual ways, collaging and mixing them with contemporary dance and contact improvisation. The normal staging of circus acts with the pause for acknowledgment and applause from the audience at the end of the act is gone. The normal physical signals between acrobats setting up expected partnering moves are discarded so each connection between performers is unforeseen, unexpected, surprising and fresh. In fact the whole notion of a circus act goes almost completely out the window. Instead the company is presenting a form of ground work which is in effect like a collective, physical stream of consciousness. A poetics of the extreme circus body emerges as a kind of mercurial element forged in the crucible of the sweat, discipline and hard work of the company members.

Do not miss this show! Highly recommended!