MTC: For all its strengths, there’s something of the air of a Hollywood sequel about this new production of Shakespeare’s famous tragedy.
Richard Watts 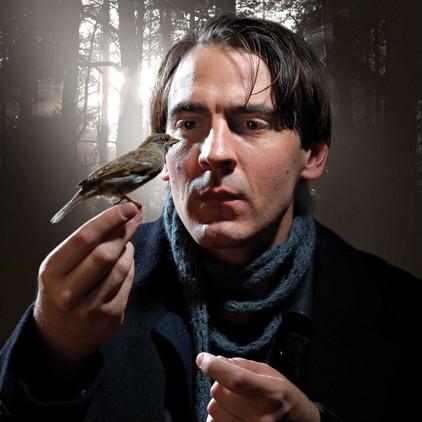 This year, the same creative team have re-assembled for Hamlet, with Leslie taking on the demanding role of the melancholy Dane.

There is much to like about this new production, but for all its strengths, there is something of the air of a Hollywood sequel about it; a sense of rehashing a winning formula with less successful results.

Updated into a world of power and politics where electronic surveillance is commonplace, this Hamlet sees messages delivered by mobile phones instead of by heralds and pages, an effective trick which was slightly undone by the cheap gimmick of having one of the actor’s mobiles ring during the opening scene, interrupting Claudius’s speech.

Once again the production makes full use of the Sumner Theatre’s revolving stage, with the action taking place in a set of acrylic ‘glass’ and steel; highly polished and allowing for multiple film noir-like reflections depicting Hamlet’s conflicting emotions, but also cold and stark; a set which seemed to overpower some of the actors and drain their performances of emotion on opening night, simultaneously distancing the viewer. Too, the transparent nature of the set meant that from where I was sitting near the rear of the theatre, your reviewer was often distracted by glimpses of actors and stage hands racing across the set from one side of the stage to the other, behind the action that was supposed to be the focus of my attention.

More problematic was Ian McDonald’s sound design, which was all too often invasive rather than atmospheric, and which often relied on cinematic ‘mood music’ to generate atmosphere rather than allowing the lighting and performances to set the tone.

Of the actors themselves, Leslie acquitted himself well as Hamlet, though he failed to totally sell the emotion of his character to the audience on opening night until after interval, at which point he – and the production as a whole – really kicked into gear.

Rabe is particularly strong as Gertrude; her anguish over the murder of Polonius was palpable. In the dual role of Polonius and the Gravedigger, McDonald displayed exquisite comic timing. However, the night’s most striking performance came from Eryn Jean Norvill as Ophelia, whose mad scenes were truly poignant, even heartbreaking.

Throughout this modernised Hamlet, where guards fire guns instead of drawing swords, the question of how Phillips would handle the climactic sword fight between Hamlet and Laertes nagged. The answer was simple and striking, though perhaps slightly at odds with the tone of the production as a whole. Do many scions of the unspeakably wealthy really practice fencing in this day and age?

Slick and stylish, though not always totally engaging, this production of Hamlet will certainly entertain those lucky enough to get their hands on a ticket. At the time of writing, the production is almost entirely sold out.

Rating: Three and a half stars

The Australian: “This is a blunt production, admirably high on jejune energy but disappointingly low on detail and poetic nuance. It’s as if Phillips is fearful that Hamlet might bore audiences, so he opts for boorish instead.”

Theatre Notes: “But crucially, for all its cleverness, this production doesn’t flinch from the darker aspects of the play. The world of the Danish court, with its murderous competitiveness, deception and surveillance, is brought unsettlingly into the present.”

The Age: “If this production does not attain the stature of great tragedy, it is nonetheless an agile, entertaining rendition that is worth seeing.”