A blistering response to the over representation of ex-servicemen in English prisons.
Robert Chuter
[This is archived content and may not display in the originally intended format.] 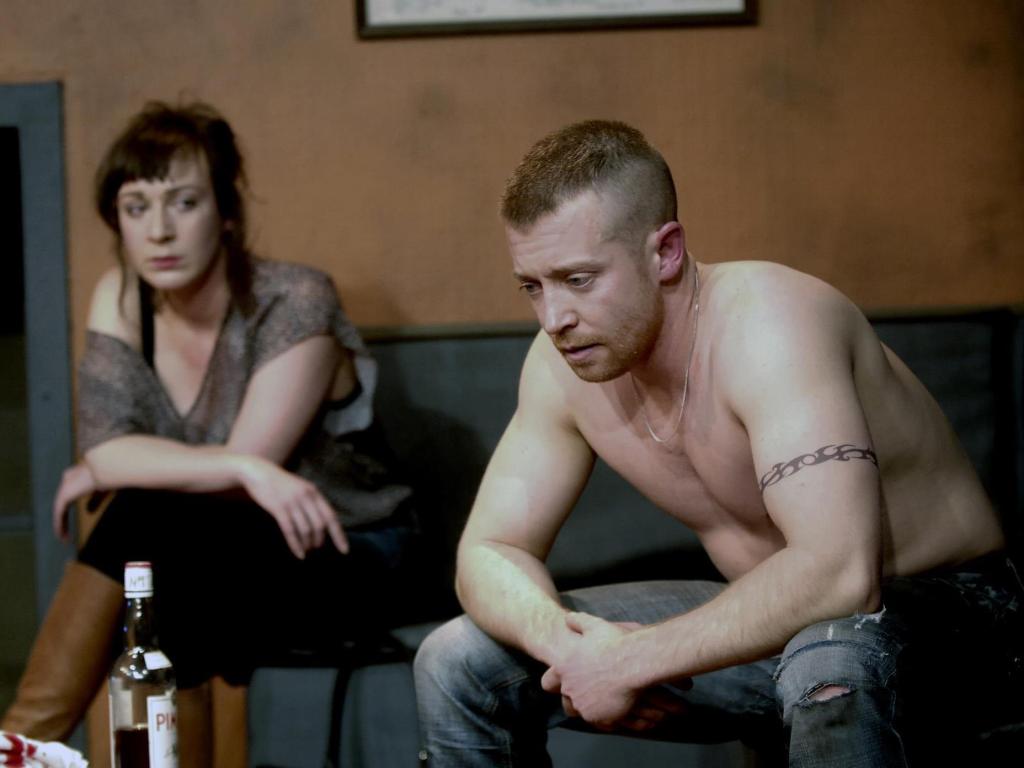 It may seem entirely obvious that war makes monsters of us all, but it is much more insidious when the monster is out of control after the discharge papers have been signed. Having work-shopped the piece with veterans in her native England, Cat Jones’ darkly comic and powerful Glory Dazed looks past the traumatized vet cliché that has saturated culture since the Vietnam war, to give us a multi-layered and complex character study of a man who just can’t readjust to civilian life after serving in Iraq and Afghanistan. But then, he clearly wasn’t that well-adjusted to begin with.

On the run after yet another fight that’s probably gone too far, ex-serviceman Ray forces his way into a pub owned by his friend, which just so happens to be a lodging place of his long-suffering ex-wife Carla. He takes Carla, the owner and the teenage barmaid hostage, locking them up in the pub: no one leaves until he gets things straight. He doesn’t have a gun, knife or any other weapon except manipulation and intimidation – and that’s all he needs. Racist, homophobic, volatile but vulnerable, Ray is a pressure cooker ready to blow, all-the-while clinging to the delusion that Carla and their sons will come with him to Brighton in a recreation of a trip they took in better times.

At just over an hour, the script moves at a cracking pace, but also knows when to take it’s time, giving each of the multi-faceted characters time to breathe and the superb cast plenty to work with. Andre de Vanny is riveting, moving through Ray’s many extremes with ease and giving him a humanity that makes him (somewhat) sympathetic – he hates the monster he has become but can’t escape what he is. It is a towering performance. He is amply supported by Emily Goddard as Carla, who knows Ray well enough not to be fooled by his BS but is well aware of the danger she is dealing with. Jonathan Peck plays the concerned, yet at-the-end-of-his-tether proprietor with strength and tenderness while Laura Jane Turner is charming as the as the naive barmaid, who is the most vulnerable to Ray’s tricks.

Director Greg Carroll directs with a clarity that keeps the tension unfolding naturally, bringing out the best in both cast and script. Designer Peter Mumford’s stunning set is detailed and clever, bringing to life an English neighbourhood pub that seems less a hospitality service and more a refuge. Rebecca Etchell’s unobtrusive lighting illuminates both set and actors beautifully, creating a homely feel that contrasts the threat of violence we see onstage – it is a lovely touch.

Ray is a one of the most fascinating characters to come onto the Melbourne stage in recent times. By turns repellant and tragic, his thankless tours have left him beaten but he does not give up on the tenderness he desperately craves. ‘They either come back in a box or off their box’ observes Carla with venom, who also describes Ray as a ‘wounded lion’, both sum up his personality perfectly. Despite the alcohol consumed onstage, this is a production that’s in a word: sobering.