A showcase from a Buddhist community of artists.
Upasana Papadopoulos 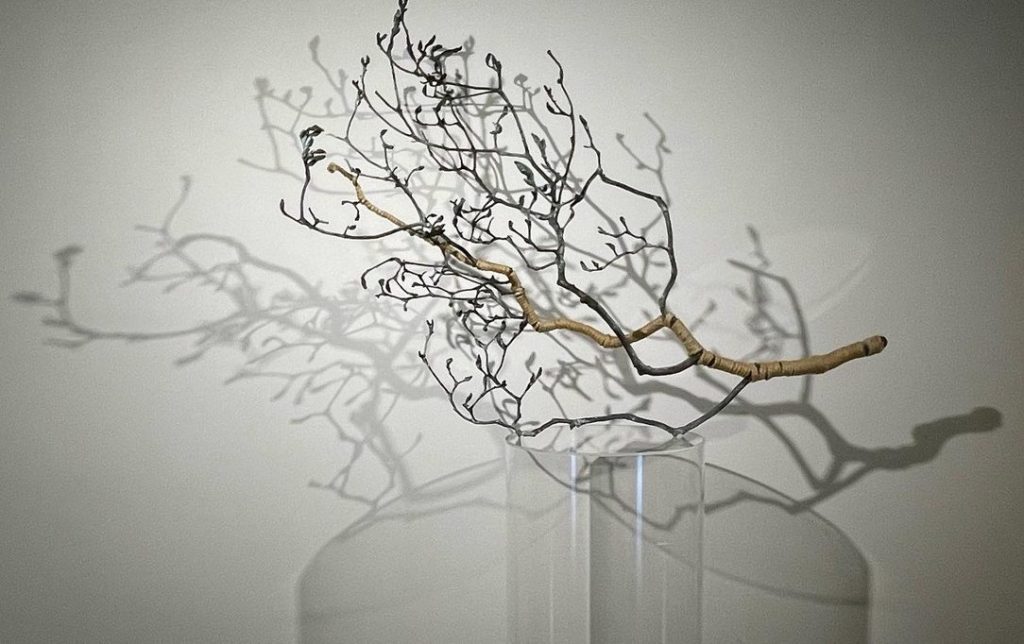 Presence of Mind documents the diversity of personal interactions with Buddhist wisdom, ‘engaged Buddhism’, familial and cultural memory, mindfulness practices and empathic interconnection. It formulates an important reflection of the enormous reverberation that Buddhist dharma has had on an ostensibly materialistic, atheistic westernised culture.

Buddhism rarely seeks to convert. It does not, in most traditions, claim to be a religion or a dogma, but rather it informs, flavours and engages with the questions we invariably confront within our lives. This exhibition provides its audience with an abundance of entry points from the perspectives of 13 artists, two curators and three guest writers.

Singaporean artist Shirley Soh’s textile work Impure Cloths (Kashaya), 2021, references the historical practice of Buddhist monks who created their robes by patching together remnants of found rags. Soh’s work began as an act of service, in which she met with four nuns of various Buddhist traditions. While she mended their clothes, she asked questions and listened to them speak of their unique journeys. While creating Impure Cloths, Soh consciously pondered the stories and presence of the nuns she sat with. She also read the poems and mantras of nuns who lived during Buddha’s time, for example:

Upasama, cross the flood,
Death’s domain so hard to pass.
When you have vanquished Mara and his mount,
Bare your final body.

Upasama here refers to an historical nun, her name derived from the Sanskrit word ‘Upasana’, a form of worship. Puja is a form of devotion perhaps more familiar to western Buddhist practice, in which a ceremonial object is offered to a deity. Upasana is a form of reverence in which the offering is given in the form of the totality of presence. It is to listen deeply, to allow a dissolution of self that moves beyond empathy towards the silence of egoless (inter)connection. It is not a prayer, but rather the manifestation of the process of constant transformation that emanates from such connection.

Soh’s work embodies this notion, as she attends to her act of service, using it as a method to move closer to her own pursuit of knowledge and transformation. The work speaks to her process, her intention, and to her personal and embodied navigation of the dharma.

This concept of ‘sitting with’ or ‘being with’ a moment or another being, with no concept of what will manifest through this connection is a theme which threads through many of the works of Presence of Mind.

Sydney-based artist Kath Fries’ tender sculpture, Hold Dear, a magnolia branch, partially cast in bronze, brings to mind the Japanese practice of kintsugi in which ruptures or imperfections are considered to be part of the continuation of an object, rather than a mark of its demise. For Fries, the branch commemorates the passing of her father, marking her willingness to absorb the continuation of her relationship with him in whatever form it manifests, even if that means relinquishing the safety of what we think we know of the duality of life and death.

Singapore-born artist Jeremy Chu’s walk into the silence of a windowless front, 2021, is moving in its simplicity. The gold leaf architectural structures are reminiscent of the distinctive window frames found throughout Tibet or in the Zen tea houses of Kyoto. The concept of the windowless window conjures the koan of the pathless path in which no one approach or teaching can be seen to lead to the portal of enlightenment. Intellect contributes little to insight or realisation of the truth.

Buddhism calls for the presence of sincerity and totality rather than intellectual enquiry. It has greater faith in the sincerity of the question than the apparent certainty of an answer, and therefore in the exhibition catalogue, Chu makes no statements, instead raising questions which can have no simple or universal answer: ‘why do we practice mind training?’; ‘why do we meditate on death?’; ‘what is true emptiness?’ and ‘what is freedom?’

Meanwhile, Sydney-based artist Cindy Yuen-Zhe Chen’s embodied practice, in which she relinquishes artistic control and intent to the sculptural hand of a rain shower is laid beside Lada Dedic’s threaded reflective portraiture of the interconnected microcosm of the interior ecosystem of bacteria, which are at once life-giving and life-threatening. The understated clarity of Nell’s Nothing Scares Me and I Sing Both Ways humorously, lightly but with the artist’s inimitable strength, traces the indivisible interplay of the spirit within the corporeal world, finding equal perfection and joy in both – an insight that comes from facing the moment with no filters of expectation.

In its way, Presence of Mind creates a sangha, a Buddhist community of artists, astutely brought together by curators Rachael Kiang and Kath Fries, all in unique process not only to create tangible objects, but to celebrate or intensify their own enquiries.

At a time when there is renewed anger towards organised religion and its connection to power and discrimination, this exhibition reminds us to resume our own process of questioning, to utilise our scepticism to ask real questions and seek authentic, connected experiences. Human growth emerges from the quantum leaps that occur by entering the unknown, which lies just beyond the world we think we know. It reveals itself through the process of unlearning, de-conditioning and looking with fresh eyes at what is.

Presence of Mind will be exhibited until 26 February 2022