Showcasing the life of the man, as well as his photography, in a stylish and pensive tribute.
Vanessa Francesca 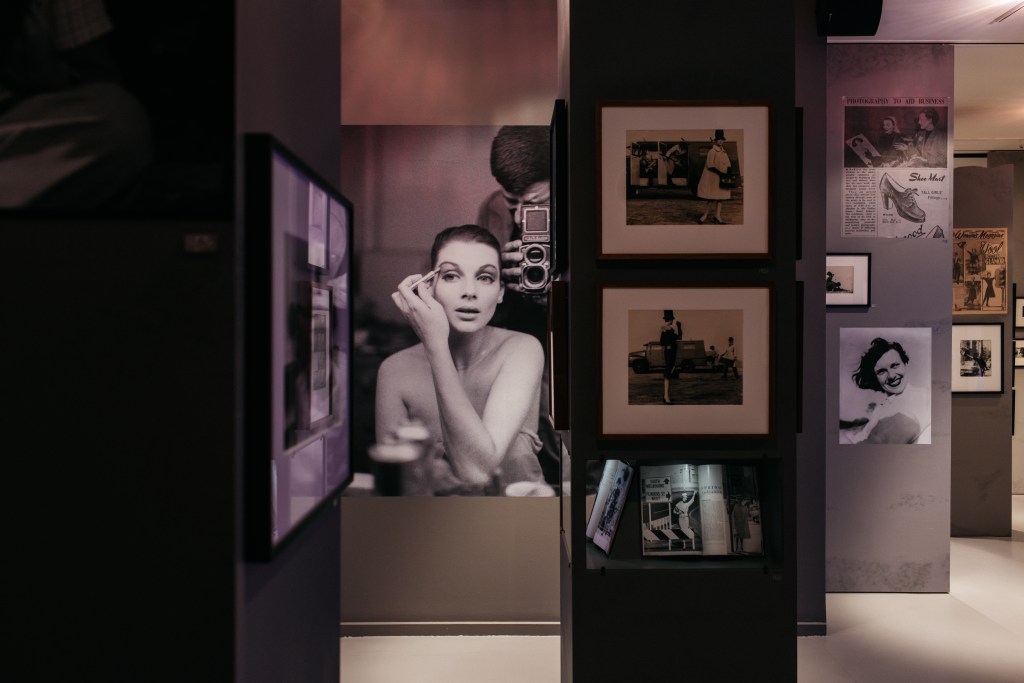 Currently at the Jewish Museum of Australia, there is an opportunity to celebrate the legacy of one of Australia’s foremost fashion photographers, and understand his story as a refugee. Helmut Newton left Germany soon after Kristallnacht in 1938 and spent two years in Singapore before boarding a ship to Australia in 1940. He was twenty, and would spend time in the Tatura refugee camp and a period in the Australian army before eventually finding his freedom and deciding to become a photographer.

It is a credit to the Jewish Museum of Australia that their exhibition is as much about the famous photographer’s migration journey as it is about his artistic accomplishments. The exhibition includes his German passport, stamped J for Jew, press cuttings showing events that shaped attitudes to refugees in the 1940s, as well as a raft of excellent photographs.

For those interested in the history of photography, however, there is no shortage of material. The exhibition shows how Newton (born Neustädter), worked with Else Ernestine Neuländer-Simon (known as Yva), in the later war years to learn the craft of photography in a society, which was as connected to its history as interwar Berlin.

It also shows a moody but ironic portrait of a figure dressed as Hitler in the style of Weimar cabaret, a figure who emerges in later portraits as June Browne, Newton’s wife and a photographer herself. She published photographs under the satirical name Alice Springs, and included in the exhibition is the photograph of Newton which graces the outside wall of the Jewish Museum of Australia.

And it is through his fashion photography that Newton’s sensibility as a portraitist emerges. His sensibility is self-conscious and drawn to moments of ‘interiority’ in his subjects. They often reflect on the complexity of his subjects’ public image, and the extent to which such images are discovered, as well as created.

To this end, the exhibition showcases several highlights including a photograph of Charlotte Rampling, the English actor from the 1970s, in a moment of privacy and inward emotion. It is at once a profound confrontation with the photographic gaze and the camera.

There is also a photograph of David Bowie that dramatises his uniqueness and inward focus, alluding to a depth of interior thought, more profound than a fashion photographer usually has the opportunity to capture. Photographs of Andy Warhol and David Hockney make clever references to artistic celebrity (Hockney is photographed by a pool, and Warhol looks downright cynical), while also retaining the character of illustrative portraits.

The Helmut Newton exhibition features documents from the State Library of Victoria and State Library of New South Wales, the Powerhouse Museum, and the Helmut Newton Foundation headquartered in Berlin. It is a stylish, pensive, and moving tribute to a generation that suffered greatly, and the artistic monuments that endure when one meets the present as an equal, with a level gaze and a curious mind.

Helmut Newton: In Focus will be on display until 29 January 2023.