An evening of beautiful music, and a true meeting of worlds.
Barbara Booth
[This is archived content and may not display in the originally intended format.] 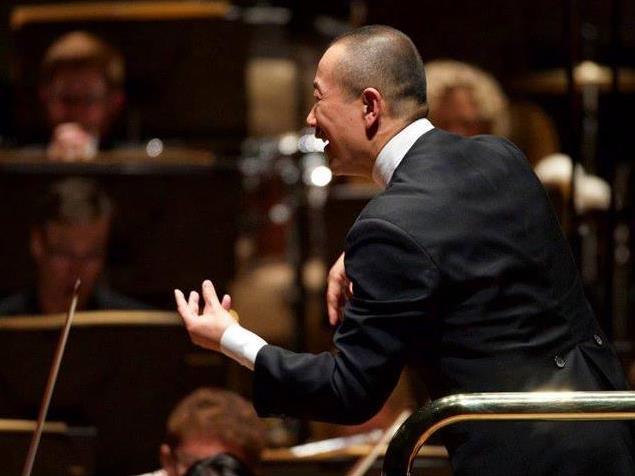 It is not surprising that the Melbourne Symphony Orchestra’s annual Chinese New Year Concert, East Meets West, had been booked out months ahead. It not only delivered beautiful music but also exposed the multicultural audience to the versatility of Chinese instruments like the erhu and the guzheng as well as Nu Shu, The Secret Songs of Women, composed and conducted by world-renowned Tan Dun.

While it is a privilege to hear quality music and performance, it is an added bonus to learn something as new and uniquely different as Nu Shu, meaning ‘women’s writing’. Now based in New York, Dun originally came from the Hunan province of Southern China but was not aware, until well into his professional career travelling the world, that women from his own province had been singing to each other in a secret, scripted language, for over a thousand years. Because of the societal constrictions and lack of education for women in those early days, the women felt a need to communicate their ideas and wisdom to their sisters and daughters in a way that would not be revealed to men so they wrote their messages inside personal items like clothing, fans and other handicrafts.

It became a priority for Dun to visit the few elderly women left today who were still writing the scripts which, he says, have some musical relevance to modern music. For him, these women were mothers who had experienced tears, happiness and stress and their object was to teach their daughters how to be the best women and the best mothers by singing their advice to them. Dun has not only composed the Nu Shu, which goes for 40 minutes, but also complemented this orchestral piece with thirteen short films he made himself. These were projected, continuously, on small screens hanging above the stage. Images of elderly women singing and interacting with their daughters against a background of their homes, mountains, carsts and river, which played a huge part in their lives, were very moving. When the screen depicts a young girl floating in a boat down the river, Dun provides such a realistic reproduction of the sound of water that it seemed to lap at the walls of Hamer Hall, the colours of which were actually designed to reflect the Yarra River’s clay bed.

Although Chinese percussion instruments are used throughout, the positioning of the harp on centre-stage in this piece is pivotal to the whole score, Dun explains, because it is a beautiful ‘feminine’ instrument, played exquisitely by Yinuo Mu, Principal Harpist of the MSO.

From the opening Spring Festival Overture to the closing Nu Shu, this concert was an absolute joy under the baton of Dun whose expressive hands emerged from wide white cuffs like graceful swans, reminiscent of the ancient Chinese Tai Chi movements that depict balance and harmony in life.

While we may have, many times outside Hamer Hall, heard the playing of an erhu, Zhao Lei’s athletic performance of The Lark by Romanian gypsy composer, Grigoras Ionica Dinicu, was a showstopper. From his shiny black patent leather shoes, almost dancing, to his amazing bow movements, Lei, also a promoter of Chinese folk music, brought gasps of appreciation from the audience.

Equally, a seated Yuan Li, delivered the Hua Mulan symphony with the elegant hand movements and mastery that have brought her the title of best guzheng solo player in China today.

Unfortunately, a slight glitz and the only one, came with the next artist’s performance of Puccini’s ‘O mio babbino caro.’ Chinese soprano, Bing Bing Wang, who has appeared in opera houses worldwide, looked stunning in a red strapless dress with black hair flowing over one shoulder which made me wonder where the microphone was hidden or if, in fact, it had become disconnected because, sadly, it was almost impossible to hear her voice in the lower register while she could clearly hit the top note effortlessly. Perhaps, as I was sitting to one side, the fault may have been only with a microphone on that side, as tumultuous applause certainly came from the direction of the Chinese Ambassador, Ma Zhaoxu and His Excellency the Hon. Alex Chernov, Governor of Victoria.

And it just kept coming with the final piece before interval, everybody’s favourite, Ravel’s Bolero played with perfect synchronicity by the MSO which Dun praised as ‘the best orchestra in the world!’

The transition to the second half of the concert, and the resurrection of an ancient Chinese tradition, revealed to a modern day audience after 1000 years, finalised Dun’s dream for the evening’s performance to be a true meeting of East and West.