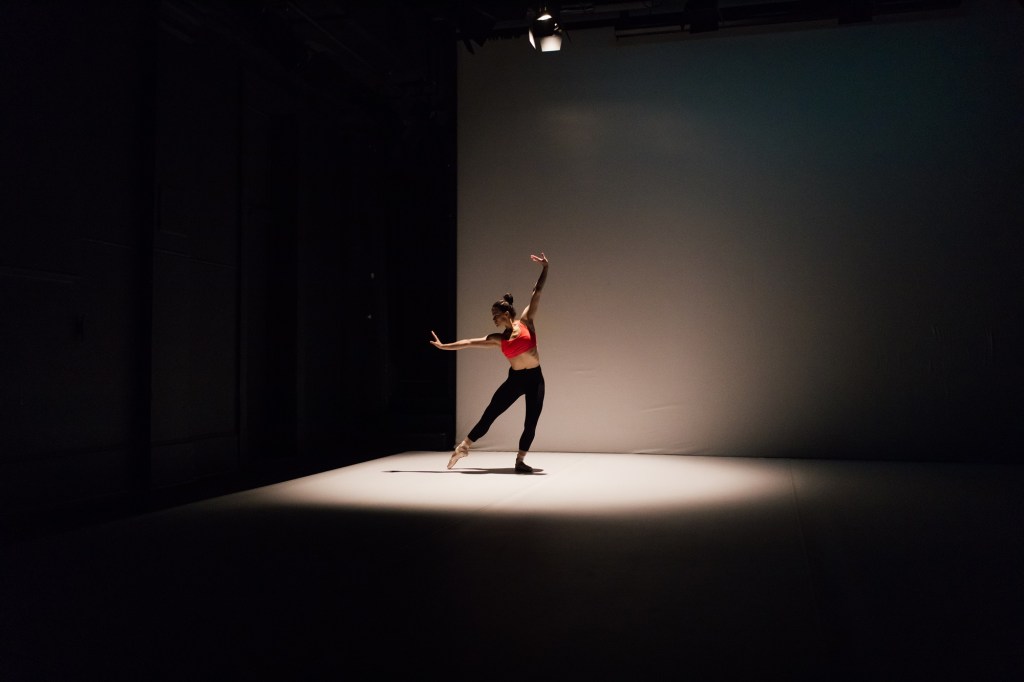 ‘Castillo absolutely captivated the eye with her virtuosity through the entire performance.’ Photo by Anne Moffat

CASTILLO is an athletic, sensory, playful collaboration between choreographers Prue Lang and Jana Castillo, performed as a solo by the latter at Dancehouse, an institution for cutting-edge dance in Melbourne. It throbs with highly controlled, technically difficult dance (from ballet to breakdance), an electric soundtrack that surges over the audience, and video projections that engross and perturb.

The piece set out to explore the themes of neurodiversity, sensory experience and changing modalities of expression. The overall effect of watching the show was thrilling and existential, gaping at the physical prowess of Castillo dancing en pointe in the first segment, with feline animation in the second and smooth urban acrobatics in the final part. The physical and emotional dexterity of the performance was astounding, as a wide variety of styles and emotional registers filtered through Castillo’s body, rippling over the audience like bullet time.

The video projections, by Prue Lang, Pippa Samaya and Takeshi Kondo showed the meticulous manufacture of pointe shoes, followed by a breathlessly strong adage by Castillo, where she turned and vaulted around the stage, her feet often in parallel and gaze out to the audience as if observing herself in the mirror.

The second videography was an extreme close-up of the elements: flowers in the wind, skin and hair bathed in sunshine, waves lapping at sea groynes and insects crawling; the minutiae of the detail at once beautiful and disturbing. The extreme immersive effect was compounded by a disjointed soundtrack by composer Chiara Costanza, with chimes, buzzing and thunder.

Castillo emerged as the spotlight revealed her on stage in butterfly pose on a sheepskin mat, curling out of the position with cat-like nimbleness. Her body seemed to ripple and melt like putty, she moved fluidly like a video in reverse, leading into the next section of projections, an ASMR clip of hands squishing putty.

The final movement of the choreography was nothing short of thrilling, as heavy industrial music and Castillo’s precise robot-like movements fluxed into break-dancing (some of the best I have ever seen). The soundtrack skipped through such old school hits as ‘Ice Ice Baby’ by Vanilla Ice and the audience was roused to whooping, cheering and gasping. Castillo absolutely captivated the eye with her virtuosity through the entire performance; it was hard, if not impossible to look away for a second.

The last song, ‘Girl on Fire’, summed up the performance. We were witnessing a dancer in her absolute prime, dancing with every vigorous fibre of her being and so completely lost in the moment. It was compelling and life-affirming to witness. It seems superfluous to mention but also important that Castillo was performing following a back injury that meant she couldn’t dance in an earlier, scheduled show. Truly she is a force. Such a wonderful synergistic creation from two of Australia’s most exciting choreographers, Prue Lang and Jana Castillo, a privilege to watch.

CASTILLO was performed from 3-6 March