Amanda Humphries aims to mirror the sensory nature of dance while demonstrating the contrast between stillness and movement.
Satima Flavell 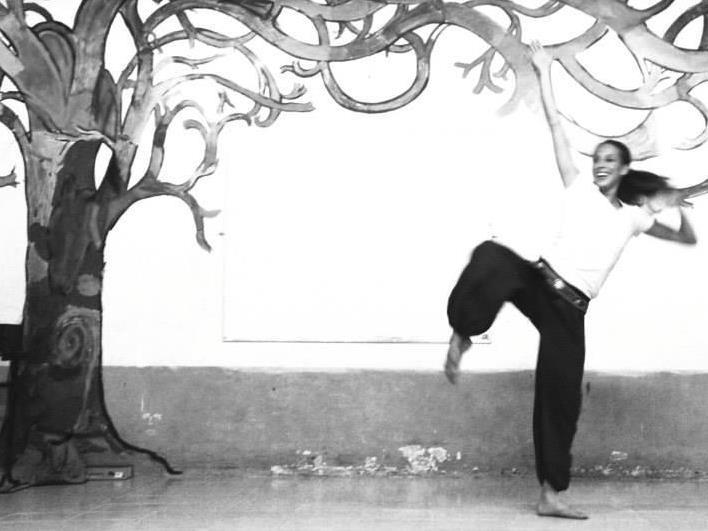 The collaborative nature of the work was evident even before we negotiated the stairs leading to the performance space. Patrons were greeted by a team of knowledgeable, talented youngsters from the John Curtin College of the Arts.

The dance film Meeting Places was shot on location in Myanmar as part of a project arising from the partnership between Remnant Dance and MyKids Australia Inc, which supports the charity organization Myanmar Vision International. The team worked in collaboration with children from Andrew Youth Development Centre in Yangon and features the youngsters dancing on location in the disused Nagar Glass Factory. The whole thing was a delight, and I hope it will be shown more widely.

The Australian premiere of Meeting Places formed the centrepiece of a program presented by Remnant Dance in collaboration with visual artist Amanda Humphries, who aimed to mirror the sensory nature of dance whilst demonstrating the contrast between stillness and movement. The works were mainly watercolour on paper, many of them abstracts, but the most attractive ones contained at least one other element. Perhaps the most eye-catching were cut-paper pieces. Humphries’ work in this medium is painstaking, refined and delicate. Embroidery and beadwork were also on show and here again, the work was strikingly original and beautifully detailed. Portraits of the dancers further demonstrated Humphries’ undoubted versatility. (Prints of some of the works can be viewed on the Red Art Shed website.)

The film was sandwiched between two new dance works, choreographed by Lucinda Coleman in collaboration with the dancers. (The composition of Remnant Dance turns over depending on other commitments: at present it is made up of an all-female cast: Stephanie Chan, Katie Chown, Esther Scott, Caroline Stevenson and Charity Ng.)

The opening piece, to a score by Julie Valenzuela, was attractive enough. The dancers interacted with the audience with some non-invasive contact work, which was great fun, but it was the closing item, set to Ocean by John Butler, that really showed off the company’s talents. Each dancer had a signature move that was repeated in various contexts, serving as a leitmotif (or avatar as some of our younger performers would call it) and the pace built up to a huge finale as the music accelerated and crescendo-ed to the kind of finish that can only draw tumultuous applause.

This kind of experimental artistic collaboration is ideal for a festival. I hope we shall see more such productions in the Perth Fringe Festival, early next year.

Satima Flavell has written reviews and feature articles for The Australian, The West Australian, Dance Australia, Music Maker, ArtsWest and Scoop, and has also published poetry and fantasy fiction. Her first novel, The Dagger of Dresnia, will be out shortly from Satalyte Publishing.