Daisy Moon Was Born This Way

Fresh youthful voices and the disembodied life coaching of Lady Gaga.
Kyle Walmsley
[This is archived content and may not display in the originally intended format.] 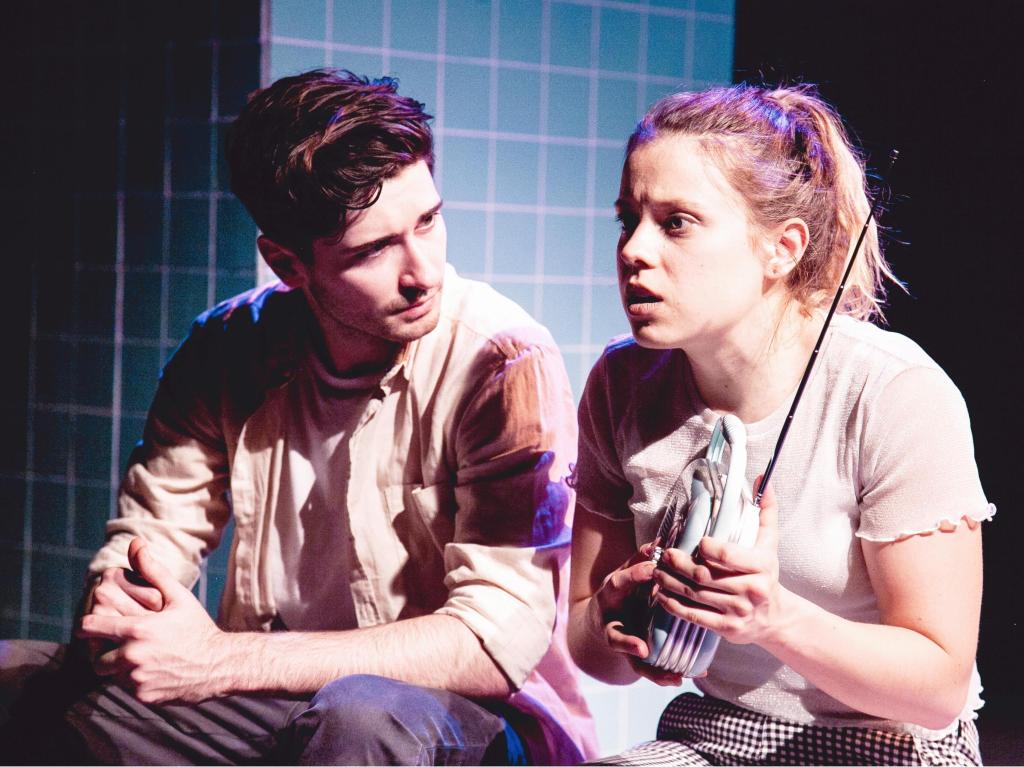 The Joan Sutherland Performing Arts Centre is not your regular performing arts venue. Tucked in the suburbs of western Sydney, ‘The Joan’ is home to Q Theatre – a powerhouse of programs developed from new work, and where new Australian voices are being brought to stage.

Emily Sheehan is one such voice as a young playwright on the emerge. Emily’s most recent work was the evocative and moving Versions of Us for Canberra Youth Theatre earlier this year, and having been shortlisted for the Patrick White Award and the winner of the Rodney Seaborn Playwrights Award. Her work is likely to appear on an increasing number of stages.

Daisy Moon Was Born This Way is both a sweet and gutsy play. It’s charm lies in its blend of pop and colloquial Australian teen culture, tempered with deep emotional truths. The play explores family and identity, and Australian suburban connection to place.

Fourteen year old Daisy Moon (Isabelle Ford) wants nothing more than most teens – to be uniquely different in the most extreme, packet-hair-dye-excessive-accessories-way. While at the same time Daisy craves nothing more than to fit in, belong and find a tribe.

Daisy played by Isabelle Ford is a determined and passionate ‘Little Monster’, a self declared member of Lady Gaga’s tribe of super fans. She’s even founded Bateman’s Bay’s first ever Little Monsters Club for Misfits, of which she’s the first and total membership. This is where we and Daisy hear from Lady Gaga herself – heard through a disembodied omnipotent voice from above providing life coaching and counsel to Daisy (part of Donna Hewitt’s fittingly Gaga soundtrack to the play). That is until new girl in town Parker (Ayeesha Ash), arrives and Daisy finds a confidant and fellow Little Monster to share her feelings and devotion to Gaga with.

The effects of Daisy’s mother’s struggle with depression has seen her Gaga obsession provide a convenient escape from her role as sole family support pillar. Her brother, Noah (Andrew Drysdale) has just returned for the summer from boarding school on a swimming scholarship unwilling to talk about a rumoured expulsion and drug scandal, but defence ready to the side of their absent father.

As secrets spill out, and loyalties are tested, what is so impressive and urgent about Emily’s work is that it speaks to both the very truthful and considered peaks and troughs of adolescence, while remaining poignant and resonant for adults alike. So while teenagers are invited into the all too real exploration of first periods, kisses and jobs, adults equally are called to consider for themselves the fragility of balance of youthful optimism and curiosity when encountered with the crashing waves of fate and life’s tragedies.

Set in a small coastal town of Australia, the clean tiled set designed by Emma White provides a fitting playground for exploration of so many iconic Australian childhood relics. There is a familiarity of places and ideas explored in the world of the play – dusty bus stops as a clubhouse, the town swimming pool, a strong distrust and distance between locals and tourists, the ‘everyone knows everyone’ mentality. Benjamin Turner’s lighting design makes the most of the intimacy and edges of the space by bringing a precise specificity to each scene.

Nick Atkins’ direction is deft and light of touch and keeps the vehicle of the story moving. What’s given time and weight in this production is the currency of relationship between siblings – the bickering, the loathing, and the consequent redemption and connection that comes from fumbling through a family crisis. We see Noah’s machismo drop away and Daisy’s stubborn and defensive edges soften as they get to know each other as people beyond childhood siblings.

The whole thing, like Lady Gaga herself is full of satisfying pop cultural reference, eccentric creative enthusiasm and an examination of what it means to be authentically yourself while still belonging to something greater.

Parker played with great fun by Ayeesha Ash is a gentle insistent and encouraging newbie to town. Equally Mansoor Noor’s Jimmy is a suitably loyal sidekick to Noah, and brought to life with charm and a sensitive comedic touch.

It’s a coming of age story and production that is equally as enjoyable whether you’re in the exhilarating rollercoaster and painful throes of coming of age, or you’re of the age where you can remember and laugh at yourself in your coming of age phase. Sheehan’s voice is sparkling fresh, and urgently of the now. Add Emily Sheehan to your list of ‘playwrights you’re willing to go see without knowing someone in the cast.’