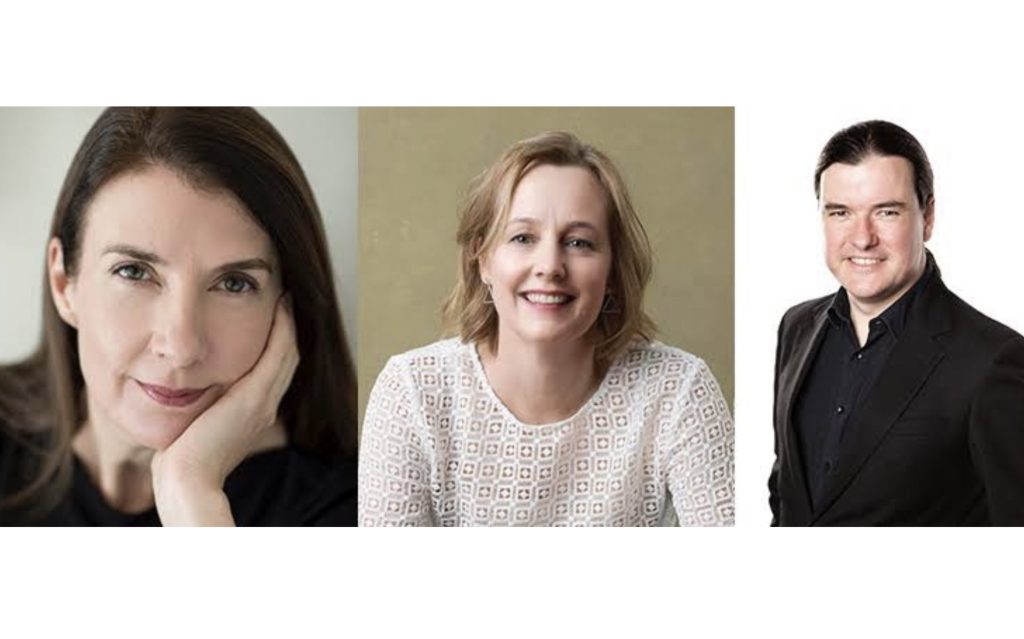 It was a treat to hear two greats of the piano trio repertoire played in one neat program in the lovely surrounds of the Adelaide Town Hall. And while some Musica Viva patrons may have been disappointed that the scheduled Chopin program had been cancelled, the combination of major works by Haydn and Beethoven was more than recompense.

The Seraphim Trio’s pianist Anna Goldsworthy and violinist Helen Ayres were joined for this performance by the ASO’s Simon Cobcroft on cello. He was replacing Seraphim’s usual cellist, Tim Nankervis, who was unable to travel from Sydney to Adelaide.

The concert began with a warm introduction to the music by Anna Goldsworthy. These piano trios are ‘music of joy and hope’ she said.

Haydn’s magnificent Piano Trio in C major filled the Town Hall with its confidence and exuberance. This is a piece written by a composer with a wealth of experience who could afford to be bold and perhaps a little unexpected. It is, after all, his 43rd piano trio, so there is a surety to its composition.

The piano is front and centre here, with the violin and cello providing illumination and emphasis.  Goldsworthy played with a fine touch and Ayers and Cobcroft were in perfect symmetry.

After the well-deserved applause, it was straight into Beethoven’s grand Archduke Trio in B-flat major. Simon Cobcroft gave the introduction this time, acknowledging that these are pieces from the repertoire ‘that nobody knows’.  And that is clearly our oversight, because they are both superb works.

The Archduke is a substantial and robust composition, coming in at 45-minutes or more for the four movements.  Each movement has its own distinct character but the slow third is an absolute joy,  full of gentle reflection and an almost spiritual feeling.

Goldsworthy, Ayers, and Cobcroft played together seamlessly. And even though Cobcroft is not a regular member of Seraphim he has collaborated with them often. Together there was an understated mastery of the music, with colour and depth, empathy and excitement as well as an easy elegance.

The fulsome applause of the Adelaide audience was rewarded with a delightful encore of the final Rondo movement from Haydn’s colourful Gypsy Trio.

This was a superb performance of virtuosic chamber music and showed an impressive depth of talent here in our local musicians.

Seraphim Trio was performed for one night only Thursday 18 November at the Adelaide Town Hall.