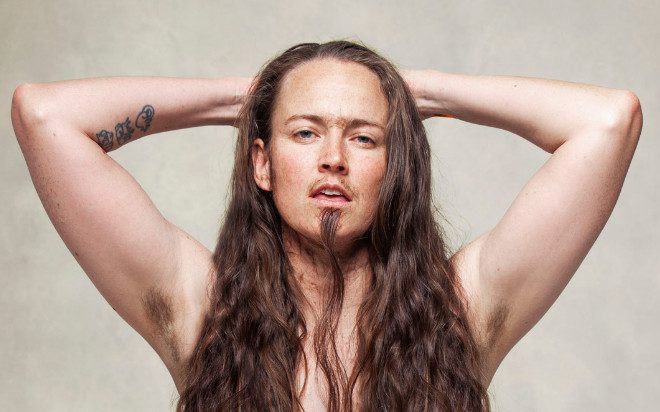 ‘Dave the Opener is very clever and funny’. Photo supplied.

Dave’s back, the Dave of Zoë Coombs Marr’s previous shows Dave and Trigger Warning: Zoë Coombs Marr’s answer to godawful male stand-ups. Her new show Dave the Opener reminds me of the hologram image of clownfish on the front of my notebook; the fish appear to be swimming out at you; it does my head in slightly. Dave the Opener is like that cos Dave is his own man, even though you see him being created at the start of the show (after the intro so he actually is the opener) by Coombs Marr applying facial hair while she tells us, in specific detail, what to expect from Dave: his performance style, what his cultural references are (Narnia and Spartacus), and what he’s going to talk about.

He’s still his own man when he reminds you when things get weird, that he’s not real, that he’s confused, and when he calls on his creator to help him out with a gag. It’s a lot of fun in the moments where Zoe and Dave seem to be competing for stage space.

We hear frequently that Dave’s been in a coma since 2016 (the result of an unfortunate miming accident during a kids’ show he was performing), but he’s been called back to comedy because he’s needed, apparently. (And he is needed: he was created initially as the antithesis to reprehensible male comedians who make the space unsafe for women with their sexism, and this new show is Coombs Marr’s answer to current retrogressive trends in comedy, involving in particular, Louis CK recently being awarded a Grammy, and Dave Chappelle’s The Closer on Netflix.)

Dave the Opener is very clever and funny. In anyone else’s hands, this show might have been a glib parody full of cheap shots, another comedian would have phoned it in, easily taken the piss out of the plethora of sexist male comedians with dick obsessions and their sexism but this show goes one, two, three and four steps further.

Anyone who cares about comedy ought to be grateful to Coombs Marr for her political and hilarious shows that take on comedy itself. Her performance work is an art form of its own – meticulous, layered, reflexive and self-reflective absurdist parody which is satisfyingly hilarious.