From the moment he lounges on stage, Gleeson captures attention with a confident, piss-taking performance.
Thuy On 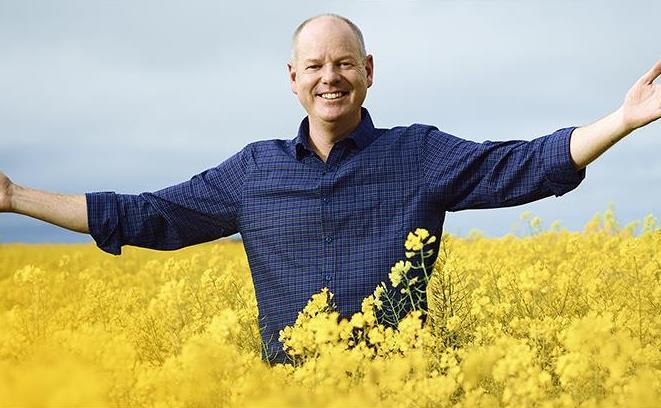 Probably best known for mocking celebrities and as host of ABC’s game show Hard Quiz, Tom Gleeson’s been kicking around the comedy circuit for a long time – 25 years in fact. He won the Best Comedy award at the 2020 Adelaide Fringe and if that isn’t impressive enough, he’s also lording it as the reigning champ of the 2019 Gold Logie (but more of that later).

From the moment he lounges on stage, Gleeson captures attention. What makes comedy zing is not just the material but the delivery, and Gleeson’s confidence as the piss-taking larrikin is, well, solid gold. His schtick has been honed over two decades of banter and he knows exactly how to seduce the crowd. This hour-long show is far ranging: he moves from COVID commentary and hanging out in Byron Bay, where he was regarded with suspicion by the locals (‘Oh check this guy out, he looks like he pays taxes and drinks almond milk!’) to attacking our beloved national mascot (‘I want to see a thirsty goanna being fed water by a firefighter’) and holidaying in Singapore with his family, where homemade weapons made it into the program.

Part of Gleeson’s charm is his roguish rule-breaking persona, whether real or embellished, and that’s perfectly captured in a vignette about being caught speeding and how he (almost) got away with it. If he looks like a mild-mannered pharmacist, that’s because he did study pharmacy at one point. Lucky for us all he decided to abandon ‘cooking class’ making suppository drugs.

Towards the end, after he’s run through his prepared set, Gleeson invites the audience to ask him random questions if they don’t believe any part of his show. (He estimates 89% is true) and it’s this fact-checking section where he really shines because it’s a chance for quick improvisation and rebutting the heckling audience –  apparently the mortifying reason why he doesn’t like lollies is all true.

The show’s title comes from his winning Logie speech when Gleeson told everyone to ‘lighten the fuck up’. With glee he regales us with gossip about industry anger upon his receipt of the award but nonetheless ends the show with an evil plan to continue his domination in TV world. Ha. Long live the king.