Comedy review: Nicky Barry, It’s What She Would Have Wanted

A loving (and hilarious) tribute to a friendship of boozy hijinks and smoking dhurries.
Liza Dezfouli 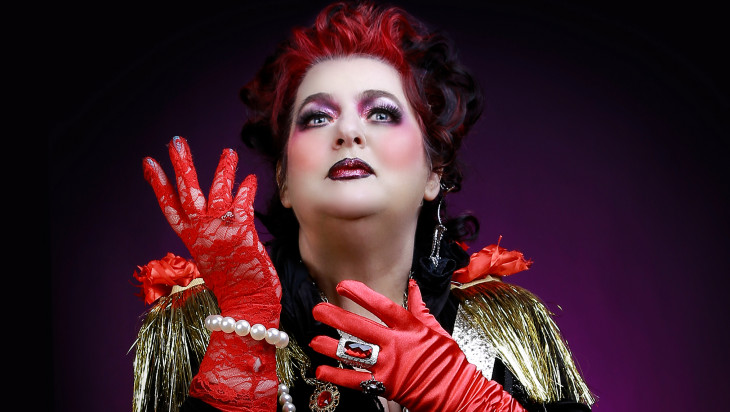 Melbourne comedian Nicky Barry’s first full-length solo show for MICF is a loving tribute to her best friend Louise, who died 15 years ago. The two had spent many drunken nights fantasising about performing comedy one day. With 11 (!) kids between them, it was never going to be easy. This show is Nicky fulfilling that dream and it goes on to form a memoir of her own comedy career to date. Barry is well-loved in the Melbourne indie comedy scene and for good reasons. She’s warm, funny, unpretentious and relatable, especially when it comes to stories about making an arse of yourself when drunk on a girls’ night out.

Besties from Year 7, Nicky and Louise bonded at their private Catholic girls’ school over sneaking ciggies in their ‘office’ (the girls’ dunny), faux period pains and planning the best way (aside from intercourse) to rupture a hymen. One incident which took place in the ‘office’ involving the smoking of dhurries is worthy of an episode of the TV series Derry Girls but I won’t describe it here in case Barry wants to reprise the show.

An absolute highlight of It’s What She Would Have Wanted is Barry recreating a sozzled rendition of Oasis’s ‘Wonderwall’ – so very funny and she keeps it up til you’re squirming. This is very much a Melbourne show with references to some well-known watering holes (which I’ve forgotten the name of).

Is it possible to find any humour in leukaemia? If anyone was going to, it was these two and the laughs last almost up to Louise’s death. After a quiet moment of eulogy for her friend, this well-structured show moves into its final third, which is Barry as her present-day self performing a stand-up set, including sharing a story of an ‘overseas tour’ to Hobart. Oranges come into play and there’s a good round-up of a few references from early on.

Barry, if I recall rightly, was a RAW comedy finalist early on and has since gone from strength to strength. She’s a natural raconteur, something she needs to put greater trust in as the weaker moments of It’s What She Would Have Wanted are where Barry tells us what she thinks and feels, especially in the saddest parts, instead of letting the anecdotes do their work.

The golden rule of writing applies equally to comedy. Plus she needs to include more specific details, phrases like ‘whatever hooch we could steal’ would have a better impact if the hooch was named, same with ‘matching Catholic boys school’– we need to hear the name of the school. There are further examples – the songs on Louise’s one overplayed LP, the brand of slimming undergarments they squeezed themselves into under the slutty tops… Barry could take a leaf out of Cal Wilson’s book with regard to including specific details which make a set sing; most especially if she can recall the comedy ideas she and Louise dreamed up – they’d make an illuminating addition to this poignant and hilarious portrait of a friendship.