Making chuckles out of the not- so- funny realities of being a casual wage-earner.
Sarah Liversidge 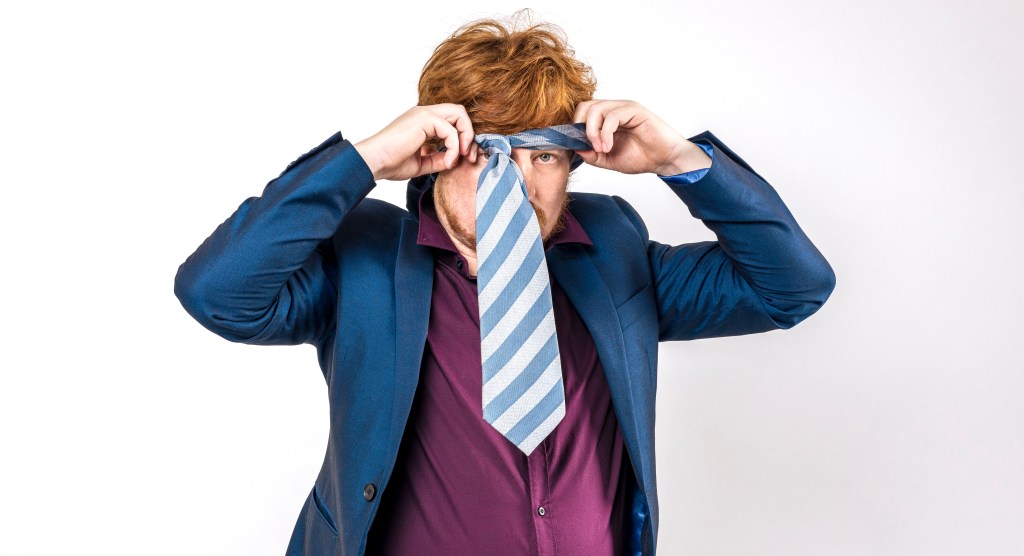 ‘Harvey tells his tale in a warm, self-demeaning manner, with skittish timing and a deliberately broken joke set.’ Photo by Mark Gambino

In Wage Against the Machine, Matt Harvey tells a sad and hilarious tale of the contemporary casualised workforce. This is comedy doing the job it is supposed to do, revealing the ridiculous hypocrisies and inconsistencies of life, and the human capacity for self-delusion and disassociation.

The best comedy comes from the reality of our lives and the stories we tell ourselves about it. Harvey traverses these two worlds revealing the discrepancies between his personal experience of the absurdities of the modern workplace. From a theme park ‘that shall remain nameless because they are very litigious’, to Club X, to a children’s play centre, to six-figure Robodebt fines, to the ‘oligarchs, who created this system for their own benefit,’ Harvey presents a disturbing insight into the everyday reality of casualised employment.

In this world he describes so poignantly, the worker (himself) is entirely anonymous and replaceable, and an unfortunate barrier to absolute profitability.

Heroes Karaoke Bar on Burke Street is a corridor of a venue, with ostentatious decorations presumably left over from Chinese New Year dangling from the ceiling. The space, however, works in Harvey’s favour. The greatest enemy of laughter is open space, as laughter flows more easily between bodies in proximity. In this tight space, the laughter travelled easily and consistency as he held the audience with his intimate conversational style.

Harvey tells his tale in a warm, self-demeaning manner, with skittish timing and a deliberately broken joke set. This, along with his gratuitously failed attempts to democratise the performance through a parody of direct engagement with the audience, accentuates the powerlessness surrounding the character in the story he tells.

Sadly, if we are to believe him, the character is himself. As we identify with his travails in the workplace, his deliberately failing attempts at hackneyed audience contact draw us even closer to him.

But it is unfailingly funny. I mean, we have to laugh about this stuff, or…

After leading the audience in and through the confronting themes of unsafe and insecure workplaces, merciless insurance companies and Centrelink (if you know, you know), the show ends where it begins, at the theme park where he used to work, somewhat neatly tying up the meandering narrative.

Harvey’s final note is that the CEO of the company he worked at for nine years called him Marcus, the name of an employee who had left a year earlier, giving a final prime example of everything he has critiqued in the past hour regarding the alienation of the contemporary workplace.

As soon as Harvey utters his last words, the bar staff start to rearrange the furniture for a night of karaoke, again revealing that his show is yet another unfortunate impediment momentarily interrupting the turning wheels of capital – in this instance, a Melbourne karaoke bar – which is tolerating his presence.