A story on climate change by a diversely talented ensemble.
Andrea Simpson
[This is archived content and may not display in the originally intended format.] 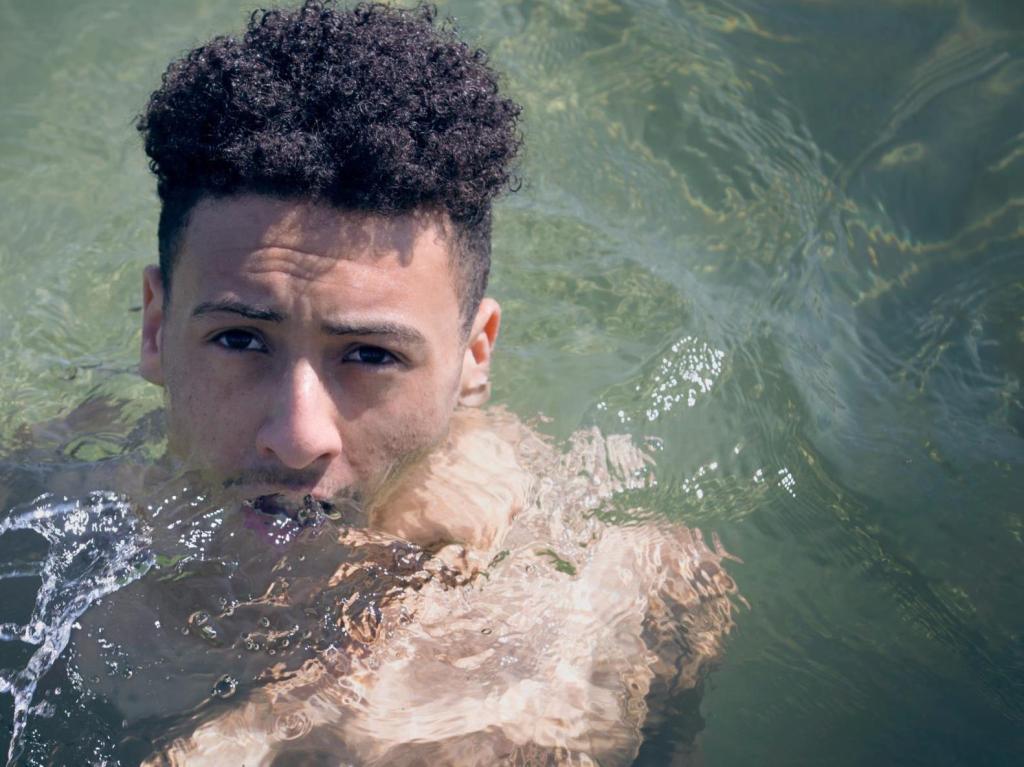 They say that youth is wasted on the young. In this case they were stupendously wrong (and who are they anyway? And what’s their problem with youth?). The Edge Ensemble, compromising Achai Deng, Natalie Lucic, Abraham Herasan, Rexson Pelman, Piper Huynh and Oti Willoughby, have created a refreshing narrative about an old but ever-present issue.

Caliban is a collaborative tale, set in the not too distant future, about the impacts of climate change; a story that the Ensemble says began as being loosely based on Shakespeare’s Tempest but over a course of a year developed and evolved into something more. Through street performances and injecting the story with their own experiences, Caliban truly came to life.

The story opens with Caliban’s birth and the death of his mother. Caliban (played with passion by Oti Willoughby) is alone and cries to the sky ­ ­– the rest of the world is over-populated and the seas are climbing ever higher. One by one people wash up on Caliban’s island; inventor Prospera (played by Natalie Lucic) and adopted daughter Miranda (Achai Deng) arrive with an impressive artificially intelligent computer interface named Ariel (played by Piper Huynh). But when billionaire Ferdinand (Abraham Herasan) and his trusted companion Phano (Rexson Pelman providing much needed comic relief at moments when the subject matter felt it might engulf) are unknowingly lured to the island, it’s revealed all is not as it seems.

The story is fast paced, with the rhythm of a beating heart ­­­– the dialogue is layered with poetry giving extra depth to the message: ‘Every time they burn the coal, mother nature chokes.’ Metaphors abound.

Though the titular character, Caliban’s narrative isn’t the only strength in this piece as one by one we watch each character’s story unfold and the Edge Ensemble’s youth does not mean they lack embodied experience. Miranda yearns for her home in South Sudan where her last fading memory is of a little boy holding a gun (this moment is played beautifully by Deng). Ferdinand inherits his wealth through fossil fuels but this does not make him a villain, he too is forced into a box, hiding his true religion as not to be labelled a terrorist. Each Ensemble member has woven their own reflections into their character.

Caliban’s themes parallel the cast’s diversity and the stories they all share; stories of displacement reflected in each individual character’s displacement. And who better to express the ongoing disaster that awaits the world than the people that have inherited it? It is this generation that have seen the world’s disasters unfold and finally they have a voice to convey their disappointment about the inaction going on around them.

Western Edge Youth Arts have done and continue to do remarkable work but the real accolades go to the Edge Ensemble for a clever thought-evoking message. Caliban is showing until Saturday. Go and see the youth of today tell the truth of today.