Bruny Island is the surprising setting for the final battle of the culture wars in Heather Rose’s political satire.
Nicola Heath 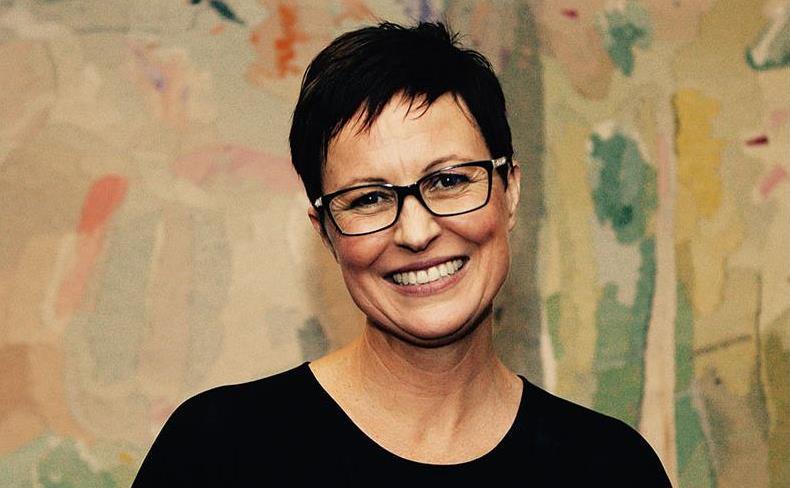 A pacey political satire that begins with an explosive act of terrorism is not the typical follow-up you would expect to an award-winning literary novel.

She returns with Bruny, set in Tasmania sometime in the not-too-distant future. The American president, unnamed but easily identifiable, is in his second term, while a king sits on the British throne. The changes in climate evident today have become more pronounced, with heatwaves, drought, storms and cyclones – a particularly destructive one that descends from Queensland to ravage the New South Wales coast is named Pauline – besieging the Australian populace in an unprecedented fashion.

An enormous six-lane suspension bridge spanning the D’Entrecasteaux Channel linking Bruny Island, population 600, to the Tasmanian shore is nearly completed after four years of construction. Since its inception, the bridge has been a controversial issue that has divided the state. One side sees the development of Bruny Island as symbol of Tasmania’s future prosperity; others want it left the way it is. When one of its towers is blown up, suspicion immediately falls on the many protest groups who oppose its construction. They believe, justifiably, that the $2 billion it cost to build the bridge would be better spent on Tasmania’s ailing health and education systems.

The premier, John Coleman, promises Tasmanian voters he will finish the bridge by March the following year and calls in the services of his twin sister, Astrid Coleman, to help make it happen. Astrid, JC, and their older sister Max – who happens to be the Opposition Leader – are the children of a widely respected former premier.

We meet Astrid, a UN conflict resolution specialist known as Ace to her family, in an Isis stronghold in the Middle East as she engineers high-level negotiations with a warlord to exchange hostage fighters for captured sex slaves. Soon she is on the way to Tasmania, the ‘claustrophobic’ home she left when she was 18.

As Ace investigates the bombing, she uncovers corruption, intrigue and backroom deals at every turn. The bridge’s construction – pre- and post-bombing – is largely funded by Chinese investors, many who have close ties with the Chinese Communist Party. Adding to the drama is a romantic subplot involving Ace and a handsome local, not to mention the ructions that come from mixing family and politics. It all culminates in an action-packed denouement that would do well on the silver screen.

But the whodunnit plot and its satisfying twists are a ruse for the novel’s true aim, which is to offer a searing critique of post-Howard Australian society and, in particular, the political class’s failure to adequately plan for the future. Bruny is really an excoriation of modern Australian society sandwiched between two explosions.

In Bruny, former PM John Howard’s legacy is framed as a regrettable one. ‘Comfortable and relaxed’ is how Howard described his vision for Australia back in 1996, and its echoes are felt in the many criticisms of our national character enumerated in the novel.

As an expat, Ace offers an outsider view of Australia that isn’t always flattering. Australians, she observes, are complacent, unambitious and ‘good at racism’. We do nothing about climate change, social inequality and the ill-treatment of refugees because ‘we like our comfortable lives and…don’t want to give anything up’, says another character, a political adviser. ‘We have no sense what the retreat of individual freedoms feels like because we’ve only read about it in history books – and most of us don’t read those.’

Bruny’s remaining cast of characters line up to take their turn to deliver scathing insights about where we’re going wrong. Aquaculture is ruining the marine ecosystem, gambling is destroying communities, and tourism has become a plague. ‘You can’t have crowds and wilderness,’ observes one protestor. Even the lack of a Tasmanian AFL team gets a look in.

Rose is prescient in the issues she explores in Bruny: there’s foreign investment and anxiety about China and its global Belt and Road Initiative, the introduction of anti-protest laws, and the loss of civil liberties, all which feature prominently in real-life news bulletins in 2019.

Bruny speaks to the overarching anxiety of our time, a condition the novel’s idealistic Greens leader Amy O’Dwyer refers to as ‘solistalgia’: ‘a deep melancholia for the assault the world is experiencing.’ It’s a cynicism that weighs down the world-weary Ace. ‘There ought to be a name for the kind of overwhelm that happens when you realise there are too many things to fight,’ she observes.

At its heart, Bruny depicts the final battle of the culture wars. Successive governments have prioritised ‘jobs and growth’ over the creative arts, funding cuts to the arts sector have decimated our cultural institutions, and the ABC is one step away from privatisation. It’s this cultural decline that makes Australia an easy target for malevolent actors, Rose suggests. Our problem is that ‘we’re wilting with cultural anaemia,’ Edward Lowe, a consultant for the Tasmanian government, tells Ace over lunch. ‘Nobody with a strong culture looks like they can be bought. There’s no price high enough for people who have land and community in their blood.’