The beloved Briefs boys are back with ribald humour, athletic prowess and all-round charming antics.
Thuy On 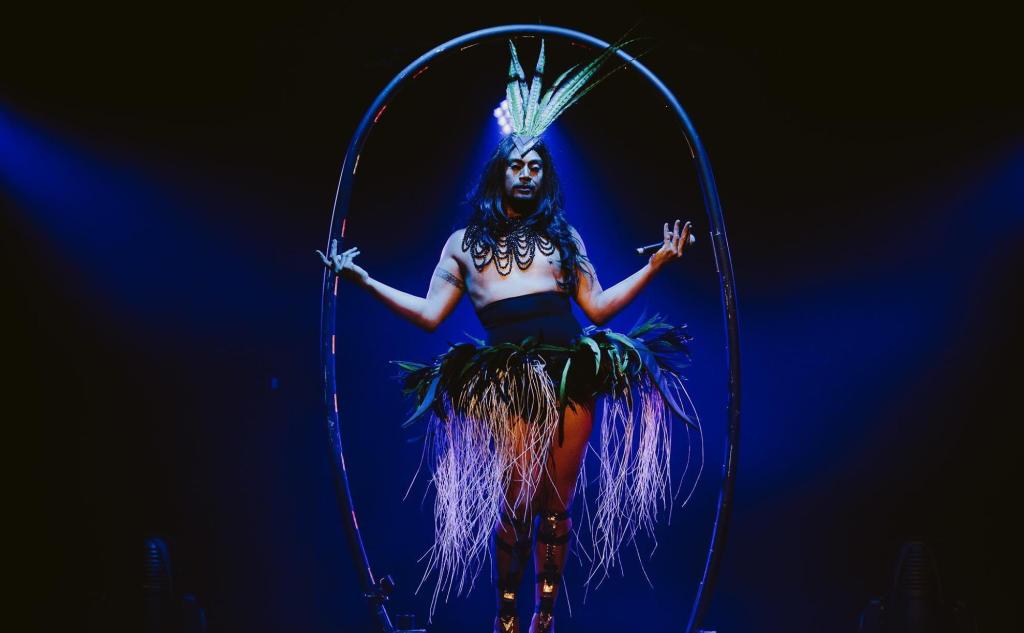 The spring weather is finally heating up so when better than to see a troupe of astoundingly fit young men strut their stuff on stage? The show warning that it contains adult content with nudity, strobe lighting and coarse language makes the proposition even more alluring.

Last seen at the Arts Centre in March this year, the Briefs lads proved so popular they’ve returned for a short season. They’ve honed their act, Close Encounters, in various festivals in Adelaide, Auckland, Sydney, Edinburgh and London so it’s all very slick entertainment. It’s hard to describe the show though: it’s a beguiling mix of burlesque, striptease, drag, dance and circus. Queer-flavoured and ostentatiously camp, the costumes are flamboyant (think metres of shimmering fabric, enormous power puffs, sequins, feathers, neon, short shorts, tiny G-strings, and teetering heels). Against a background of loud clubby dance music and a couple of old favourites (Bjork, Kate Bush, Australian Crawl) the boys gyrate and mime, balance, hang upside-down, twirl, tumble, juggle, strip and flirt with the audience. And on opening night, we were all completely charmed by their antics.

As its name suggests, the show has a sci-fi theme but that’s a rather loose interpretation. The conceit seems to be that they are the cabin crew of a future spaceship (‘all meals aboard are liquid’) returning to earth to spread goodwill, to tell us that despite all the ills of the world we do somehow manage to help instead of sabotage each other. So that’s good enough for the ensuing Mardi Gras disco partaay that they’ll be putting on. The message of inclusiveness, of LGBTQ celebration is promoted throughout the night, but identity politics, while apparent, is secondary to the overall feel-good music video theatre on offer.

Their energy is unflagging, the humour ribald, the athletic and gymnastic prowess highly impressive. Among the in-flight entertainment, there are aerial acrobatics on rope and in a suspended birdcage, contemporary dance and ballet, a mad ball-juggling professor and his strange smoky concoction. Kudos to the lighting and set crew who manage to provide background to the acts and quick transitions with all the flair necessary. Individually and as a choreographed team, the Briefs boys are indeed, as in the word of their esteemed leader, ‘sexcellent’.

PS: No spoilers, but you should get a raffle ticket. The prize is so worth it.