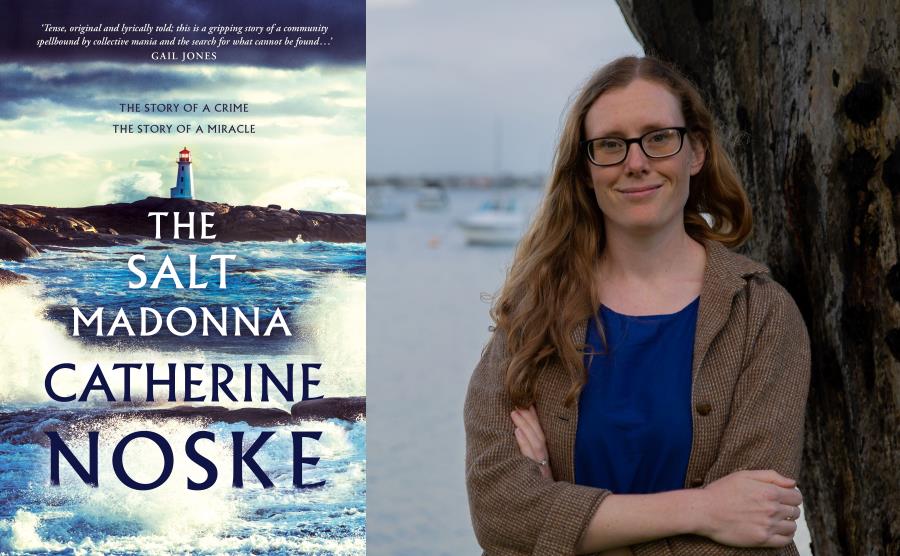 Catherine Noske’s The Salt Madonna is a tense, slow-burning examination of despair, faith, hope and power in a small community. It is told by Hannah, who grew up, got out, and then returned as a teacher to Chesil, a fictional island off the coast of Western Australia. Chesil, like many isolated rural communities, is gripped in a slow but unstoppable economic decline, accompanied with the regular exodus of its young people to the mainland, most of them never to return. In the midst of this depressed, violence-tinged community is Father John, a Catholic minister who sees visions of his deceased wife, and Mary, a 14-year-old student of Hannah’s whose coming of age is stalled when she makes a bid for freedom.

The story is told in retrospect many years after the events took place, but are relayed in the present tense as Hannah tries to understand – and to some degree atone – for everything that happened soon after her return to care for her sick mother. As increasingly disturbing events unfolded, she was powerless to stop them, at times only half aware that they were happening at all. Every so often her voice emerges as a page or a paragraph in the first person, reflecting dread-filled and guilt-ridden for what she did and didn’t do. It is this sense of dread, guilt, regret, and lost innocence that perfectly frames the story as quintessential Gothic literature.

As the narrator, Hannah imagines herself into the minds of the people in Chesil who were part of the cult of Mary that grew from their desperation, their faith, and, in the end, their mania. In this way she attempts to understand how things unfolded as they did, the reasoning behind their actions, and reflects on her role in the whole situation, as if she could have done something to avert the disaster that was approaching like a train in the night. Whether she achieves this is up to the judgment of the reader, whom she essentially prostrates herself before, repeatedly apologising and self-doubting in a twisted mirror version of the unreliable narrator. By the end of the novel, some questions are left unanswered, and in their place is a sense that these events were inescapable, as was the outcome, and that Hannah was merely a witness to the inevitable.

Noske maintains a potent setting and charged atmosphere that many readers of Australian literary fiction will recognise: a beautiful but unyielding landscape, a history of violent colonisation that haunts and seeps into the bones of a place and its people, and a series of difficult weather events that compound the already fraught relationship between settler and landscape. It is slow-burning and tense, but suffused with the potent and eternal beauty of an island off the coast of Australia, the mainland blurry and just out of reach, the waves pounding on every side, slowly pulling their home into the sea. It is a work of rich, dark imagination, and an incredible achievement for a first novel.